The best Christmas food in America
by Adriana Stein
December 03, 2020 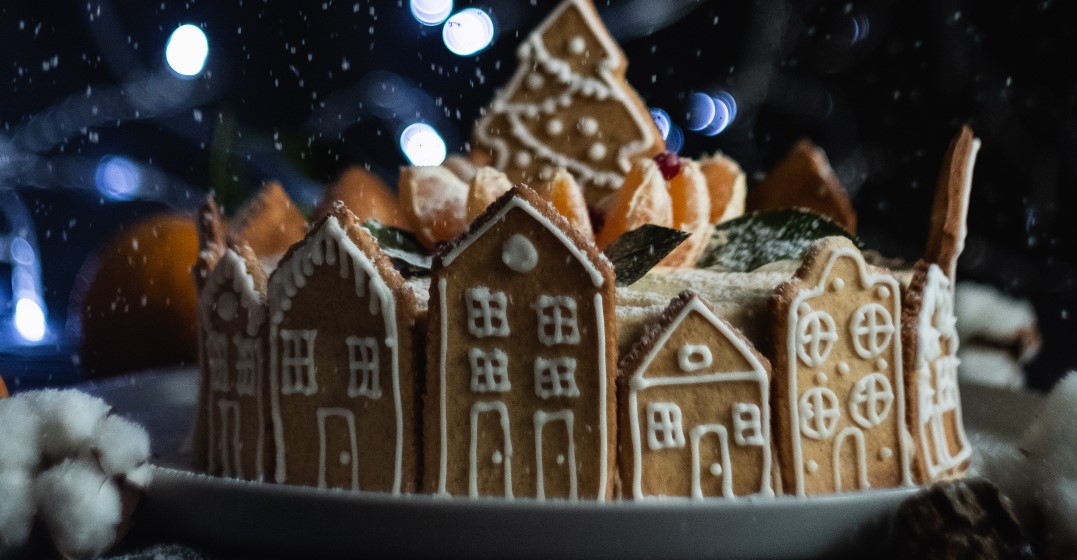 What sorts of delicious treats do Americans typically eat for Christmas? Here is an overview of the most popular Christmas foods in America.

In America, Christmas is a time to cherish your loved ones, give gifts, and of course, to eat as much as humanly possible! Below are some of the most common foods that Adriana, ex-English teacher, grew up eating, but there may be variations among dishes depending on the region in the US.

Prime rib, otherwise known as classic roast beef with bones, was always my meat of choice as a kid, simply because it was so much juicer than turkey. My grandpa actually dug a pit in his backyard that he would use specifically for preparing the prime rib for Thanksgiving and Christmas. He and my dad would slow cook it for an entire day in advance and it always came out just perfect.

Despite my own preference for prime rib, American Christmas meals would hardly be complete without turkey. Similar to what we prepare for Thanksgiving as well, my family typically slow cooks an entire turkey in the oven with period basting. My family didn’t put stuffing in the turkey, but some American families do this while cooking to give it different flavours. My favourite part about turkey was when I got to carve it with an electric knife.

There are endless possibilities for the ingredients that make up stuffing, but it’s more or less a combination of dried out bread, an herb and spice mixture, garlic, and finely diced vegetables like celery, carrots, and onions. If you really want to make it holiday-esque you might also add bits of diced turkey or even bacon. It all goes into one pan and gets baked together.

One of the most common side dishes we eat for Christmas is cranberry sauce. It is prepared basically as it sounds, cranberries turned into sauce by being boiled on the stove, but of course sweetened American style with lots of sugar. This tends to go really well with a bite of turkey, because it helps even out its slightly dry gaminess.

Many cultures around the world eat mashed potatoes for Christmas. In America, it involves the same process of peeling and boiling potatoes, and then mixing them together with milk, butter, and herbs (and maybe also cheese if you want to take them to the next level). In my opinion, there is one distinguishing American feature: we add a whole heap of butter as opposed to just a spoonful.

Likely one of the most American-specific Christmas foods is cornbread. There is a highly particular way of preparing it that originates from the southern US: baking it in a cast iron pan (if you ask my grandpa, it’s not cornbread if it’s not made this way). Whereas bread uses wheat flour, cornbread is made of corn flour. It’s a similar consistency, but is of course yellow, and it also has a lot more flavour in my opinion. To make the experience truly American, when it’s piping hot and fresh out of the oven, we also douse it in either butter, honey, or both.

There is a very important distinction between the UK and the US about what a “biscuit” is. As an American, my definition of a biscuit is basically if you combine something like a croissant with fluffy white bread (the key point here is the level of sweetness and yeast dough). American biscuits are also just as complex to make as a croissant, so we typically buy them in a can as opposed to baking them from scratch. When eating, of course you also put either jam, butter, or both in the middle.

I’ll admit, sweet potato casserole is probably one of the weirdest American Christmas foods out there. In order to make it, you peel sweet potatoes and bake them with a mixture of miniature marshmallows (yes, you read correctly), butter, brown sugar, and pecans. Although this may sound like a dessert, in America this is a perfectly acceptable and normal Christmas dinner side dish.

Whereas Germany has Lebkuchen, America has their own form of gingerbread cookies. For those unfamiliar with the concept, they’re these hard cookies made of flour, molasses, brown sugar, eggs, and a spice mixture (such as cinnamon, cardamom and nutmeg). The difference in our version of gingerbread cookies is that they often have a layer of icing on top when they’re used for eating. Or if they are used purely for making gingerbread houses, they are turned into all sorts of different shapes and sizes and the icing is then used as glue to hold the gingerbread house together.

Whereas pumpkin pie is the star dessert of Thanksgiving, in my family, our favourite Christmas dessert has always been apple pie. Probably this has a lot to do with the fact that I’m from Oregon and we grow our own apples (my grandpa had an entire garden in the backyard). My grandma would literally spend days not only preparing our Christmas apple pie, but also making Christmas pies for all their neighbours and close friends. This took an immense amount of apple peeling and I helped my grandma with this by using a hand apple peeler that was literally from 1920. I would peel as much as possible before my arms gave out, which often resulted in extra apples, because I wanted to keep up with the impressiveness of the entire pie making process. Anything extra was then turned into apple sauce, which is basically the same as cranberry sauce but with apples, and is also commonly eaten at Christmas meals.