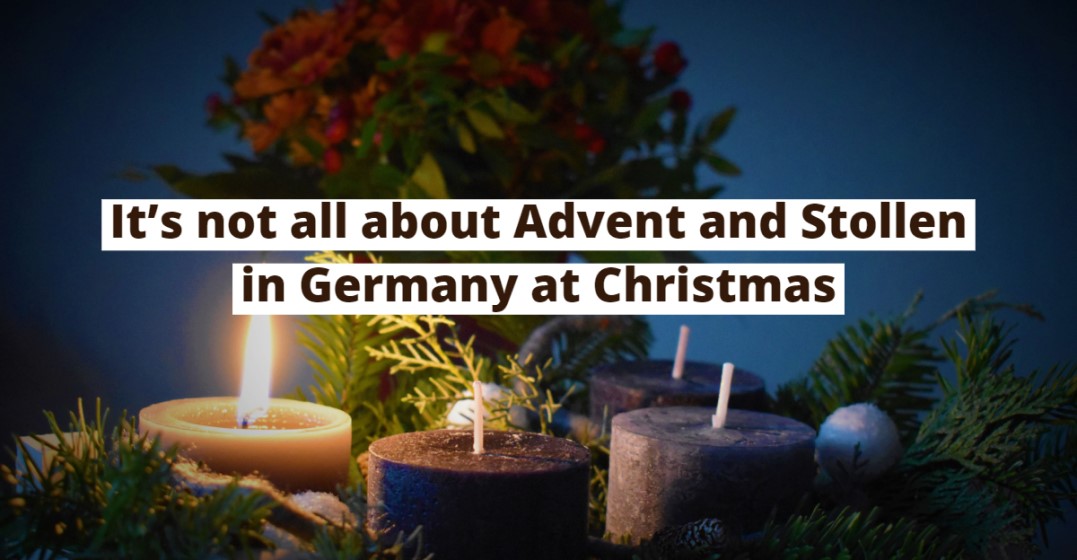 Many Christmas traditions have their roots in German-speaking Europe, including the Christmas Tree itself. Besides, Germans celebrate for the entire month of December, and there’s lots of cookies involved, so grab some Glühwein, and wish your friends Frohe Weihnachten, or Merry Christmas.

In Germany, there is much more discussion of the four weekends of Advent than just leaving it to that final day of Christmas. People buy special table wreaths, Adventkranz, with four candles, and light a candle each Advent Sunday. Adventkalendar, Advent calendars, are huge and every department store will have a little department dedicated to them – they aren’t just for kids either. You can get make-up and cosmetic ones, beer ones, even jewellery ones. 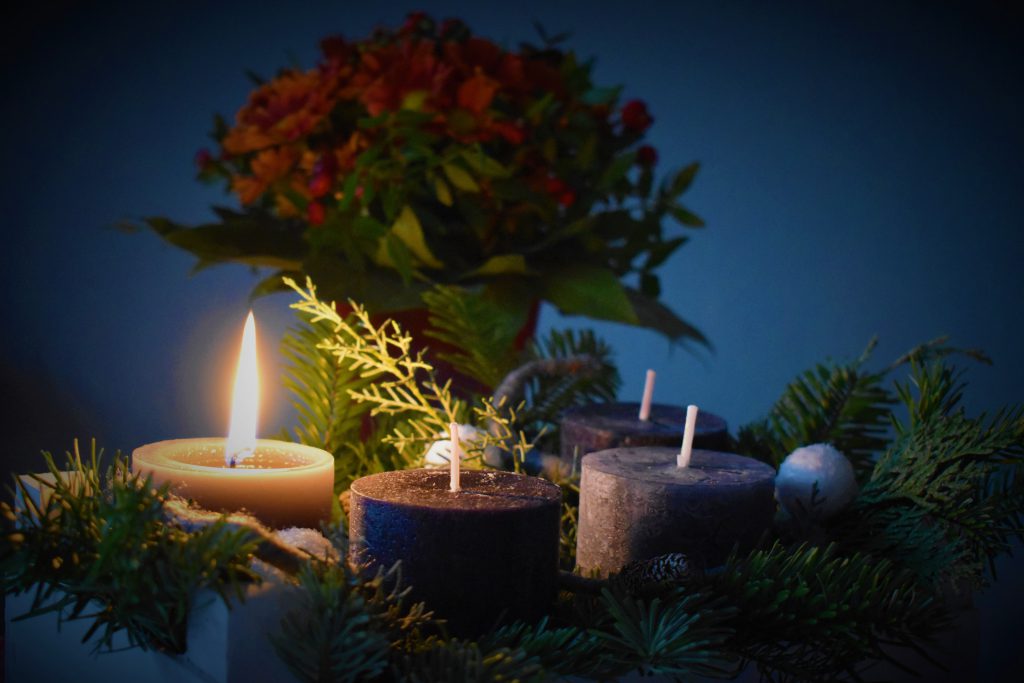 Of course what is Christmas time without the food and the traditions that go along with them? Germany goes all out with some excellent baked goods. There are the many types of cookie that make up Weihnachtsplätzchen, or Christmas cookies: Vanille Kipferl, Zimmtsterne, Makronen and more. Many bakeries will have made-up boxes to take home with a selection, but it’s also not unusual for people to spend a day or two making up a huge batch of several kinds. The famous Stollen and Lebkuchen also have their place on any festive table. Of course, don’t forget the wonderfully spiced Glühwein, or mulled wine. 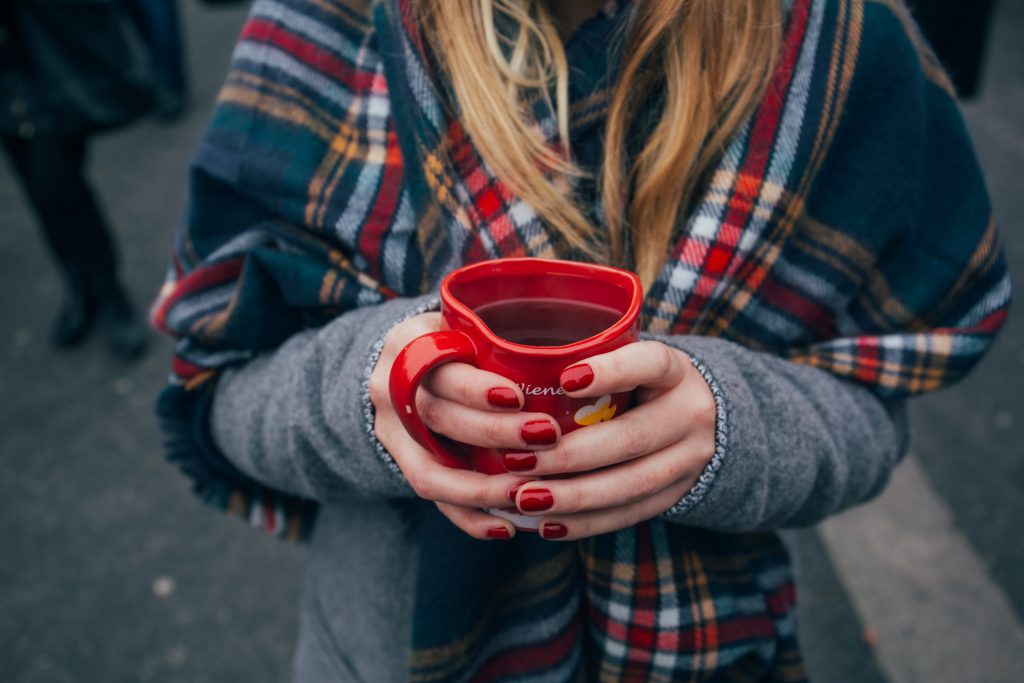 Traditionally, Germans would hide their Christmas tree, only to unveil it on Christmas Eve. Everyone would go to a special church service, and one adult would stay behind, or sneak out early, to go home and bring out the tree, so when the children returned, it was like magic – a fully decorated tree with presents underneath and everything. Some friends of mine have older relatives who like to decorate their tree with real, lighted candles. Eek! Most people use electric ones now. 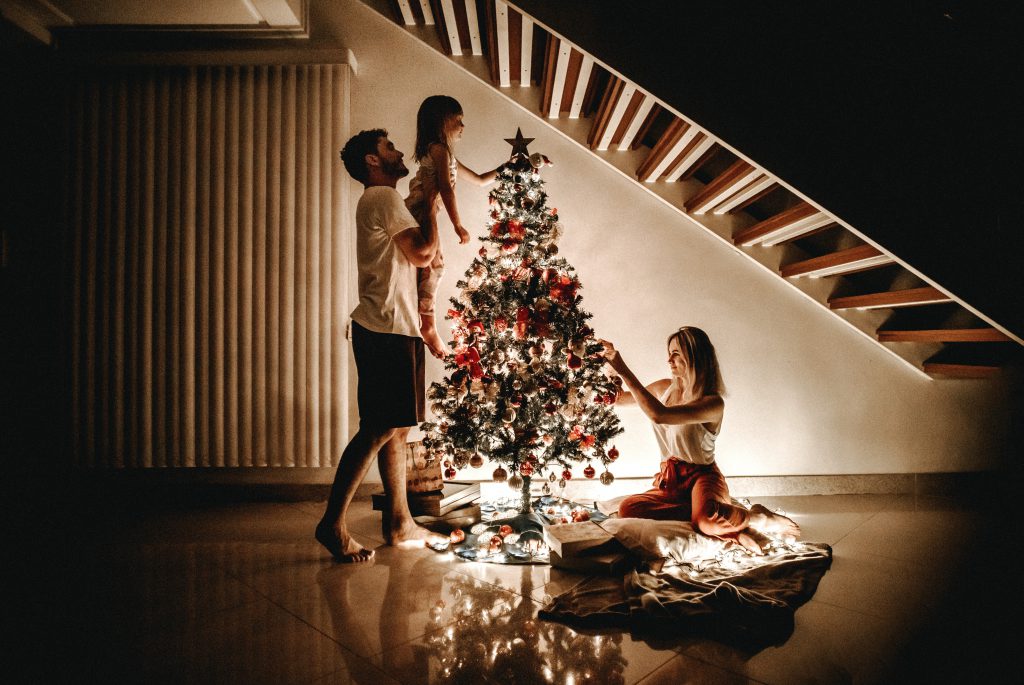 It’s named after Pope Sylvester I who died on New Year’s Eve 335 – who allegedly died after choking on fish bones in his supper. So the attached superstition is to avoid eating fish on New Year’s Eve. Nothing like a 1600-year-old warning to ring in the new year! 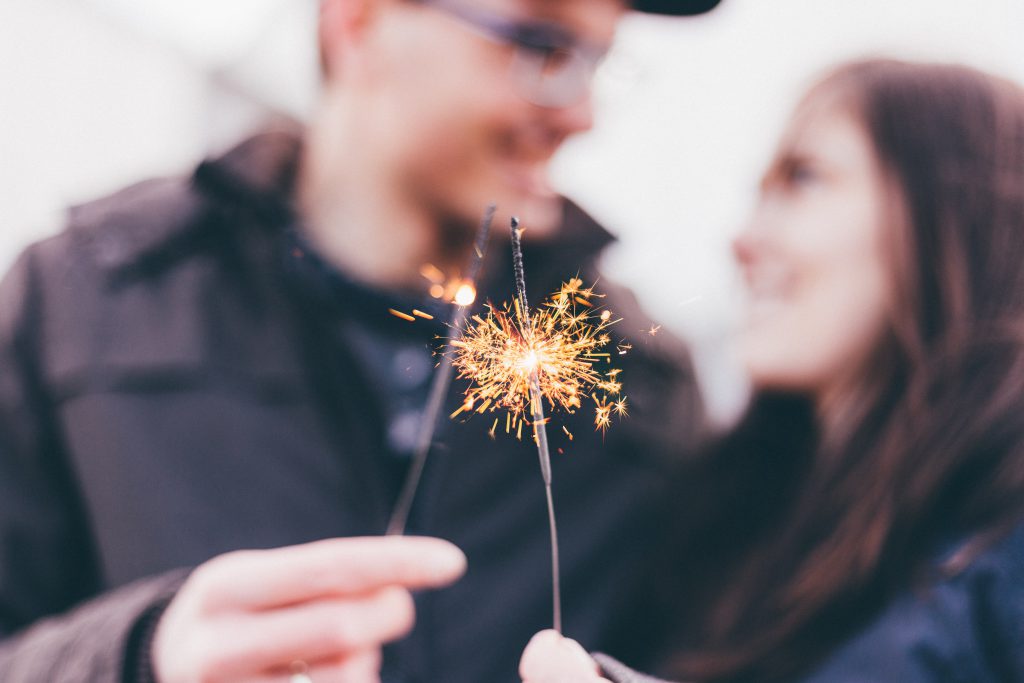 Watch Dinner for One

No one can quite explain the German obsession with this comedy skit from 1963, but it is a firm favourite for New Year’s Eve. It’s all in English, but the humour is pretty broad. Essentially a butler is trying to please his 90-year-old mistress on her birthday by pretending to be each of her dinner guests, and gets progressively more drunk throughout the evening. You can even get themed gift wrap at the shops featuring the butler. 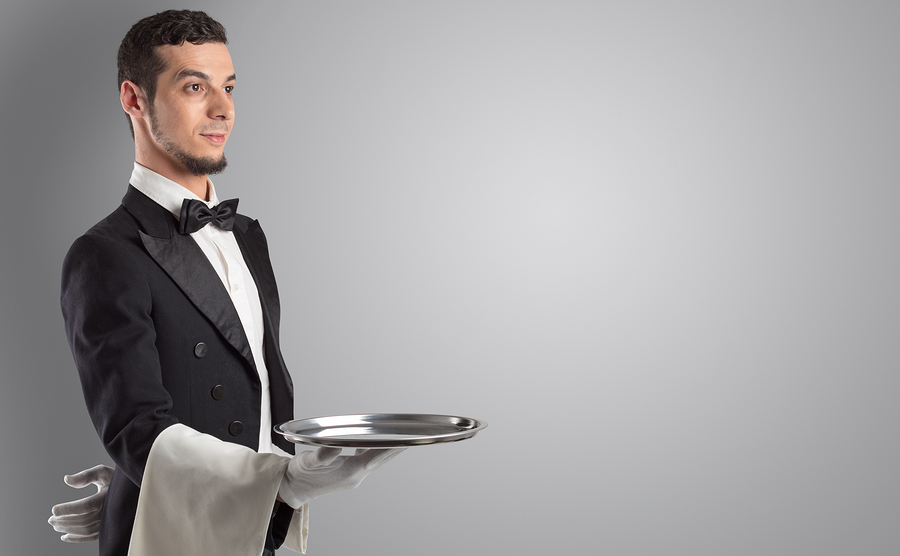 ‘Bleigeißen’, or lead pouring, is a New Year’s tradition for telling your future for the next year. The lead itself has been banned because, well, it’s seriously toxic, but you can get tin for the same purpose. You sit around a table with your friends, and melt the tin in a spoon over a candle flame. Once it’s liquid, you pour it quickly into a bowl of cold water. The shape that the tin takes as it cools is supposed to tell your fortune. Horseshoes mean good fortune in business or an egg means family growth, which are straight forward enough. Some shapes are more random – a cow or bull means a disease overcome, a broom means conflicts can arise, and a dog means incredible news. I hope the incredible news is I get a puppy. 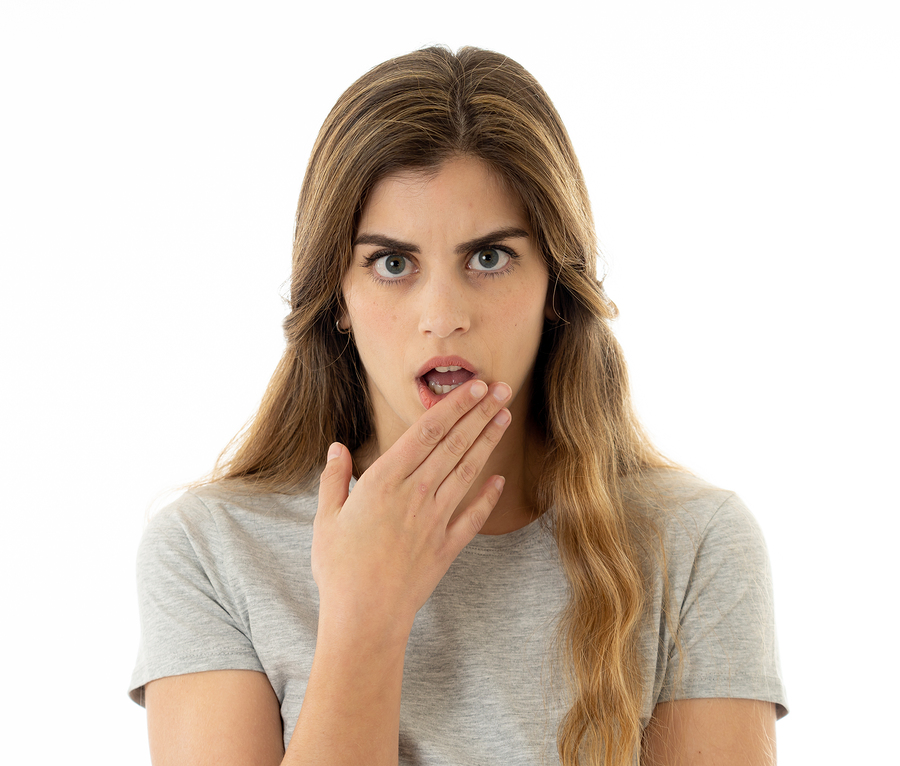 The first time I experienced New Year’s Eve in Germany, my mind was blown. People were everywhere, setting off fireworks at every intersection, along the river bank, on the market squares. Kids were lighting things with their parents, everyone clapped and ooohed and ahhed, the smoke was intense and it was completely unorganized. It was surreal. I have never experienced anything like it. The amount of ash and smoke released into the air is a bit of a problem however, hopefully we’ll figure out a way to do it in a more sustainable way. 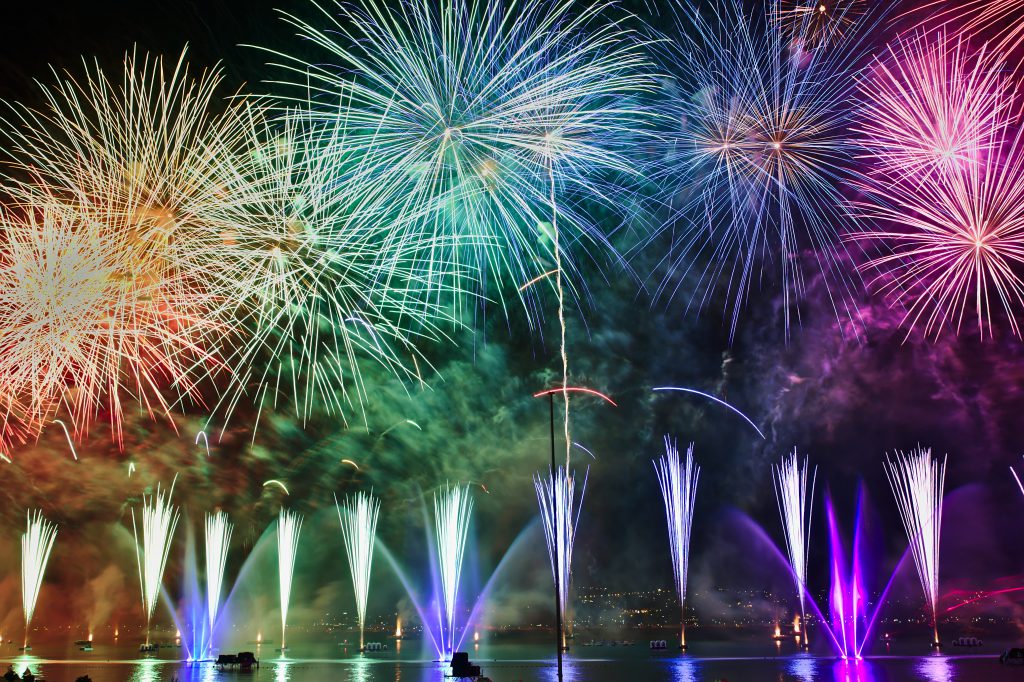 Down in southern Germany, the special days haven’t ended with New Years. On 6 January, children will dress up as the Magi and go door to door for Dreikönigsfest, Three Kings Festival, and sing. It’s like a post-Christmas carol singers type of thing. They are often collecting donations for various charities, so don’t shut the door but enjoy this last moment of the season.

Celebrate like a German all month long, and well into January, and you’ll be ready to tackle your language goals.

If you’d like to learn more about the German language and the traditions of Germany, visit the Lingoda website and sign up for your free 7 day trial with our native speaking teachers.