Christmas Food Around the World 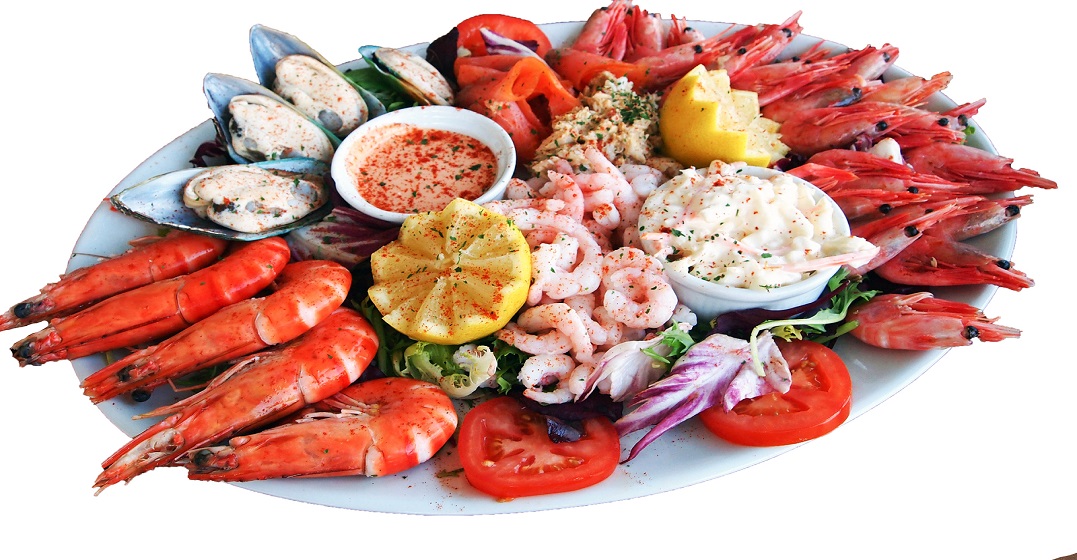 Around the world, Christmas is a time of celebration, and nowhere is this more apparent than on the dinner table. Wherever you go, you’ll find that people who observe Christmas love to make food a major part of their holiday. There’s a lot more to it than roast turkey, too; here’s what you could be served on your festive travels:

With Christmas falling in the middle of the scorching hot Australian summer, it’s unsurprising that not everyone feels like sitting down to a plate of roast turkey with all the trimmings. Many Australians take the opportunity to head for the beach for that quintessential Aussie occasion: the barbecue, or “barbie”. The most popular meats are chicken and pork, although fish has been gaining ground in recent years on health grounds. Side dishes are generally kept simple, with grilled veggies particularly common. Best of all, there’s no washing up to do afterwards!

The main Christmas meal in Spain comes on Christmas Eve, usually late in the evening before people head to church. Pork and lamb are particularly popular, but it’s now rare to encounter the truffle-stuffed turkey known as pavo trufado. Seafood, particularly lobster, is also commonly eaten in coastal regions. Spanish Christmas meals are especially notable for their sweet courses, which almost always feature a type of nougat known as turron. Other festive sweets include marzipan, cakes and wine-flavoured cookies.

Austrians traditionally eat frugally in the run-up to Christmas, but then really let themselves go when the big day arrives. Roast goose remains the most popular savoury dish, often accompanied by ham. Fish-loving Austrians tend to take the opportunity to sample unusual dishes such as carp, which is usually fried rather than roasted. For dessert, the rich chocolate cake known as sachertorte is almost a national dish, with cookies on the side. Most Austrians will wash down their celebratory meals with gluhwein or rum punch.

Unsurprisingly given France’s reputation as a culinary capital, the country’s people take their Christmas food very seriously! Réveillon, the centrepiece of the festival, is traditionally eaten in the early hours of Christmas Day when people have returned home from Midnight Mass. There is usually at least one type of roast meat – goose or turkey being the most popular – but very often there will be venison, foie gras, lobster, or oysters to accompany it. Chestnuts are popular snacks, while dessert usually consists of “bûche de Noël” (a log-shaped chocolate sponge cake).

Thanks to Scotland’s high latitude, daylight can last for as little as six hours at this time of the year, so Christmas dinner is designed to be hot, filling and cheering. Soup is a common starter, although cold smoked salmon is now quite popular. The main course is usually roast turkey drenched in hot gravy, with two more roast vegetables (usually potatoes and parsnips) as well as sprouts or carrots. Bacon or chipolata sausages are often eaten with this. A heavy, sweet Christmas pudding then follows; before being served, this is covered with brandy, which is then set alight. Most Scots drink wine with their meal, although a “wee dram” of Scotch whisky may be enjoyed later on.

With its blend of English and French heritage, Canada manages to get the best of both worlds when it comes to Christmas food. There are the old British favourites like roast turkey or goose, accompanied by that Canadian essential, a cup of eggnog. There’s an added French flavour thanks to the delicious meat pie known as tourtière. Although most popular in Quebec, this savoury, spicy dish has become popular all over the country, and is usually eaten on Christmas Eve. The most common fillings are beef, veal or pork, since its original meat – passenger pigeon – became extinct a century ago.

Unsurprisingly, given Argentina’s strong European heritage, one of its most distinctive Christmas dishes is actually Italian in origin. Vitel Thoné is a veal dish, served with a covering of anchovy, tuna and mayonnaise sauce. Veal is not that popular in Argentina for most of the year, but at Christmas time that all changes. Vitel Thoné is a bit of an acquired taste, but it is a central part of Argentine Christmas cuisine. The dish is usually served in conjunction with a buffet of sandwiches and salads, and perhaps a barbecue for good measure.

Belgian cuisine is often overshadowed by that of its larger neighbour, France, but Belgians are proud of their distinctive culinary traditions at Christmas. The main meal of the festive season is eaten on Christmas Eve, and usually begins with seafood snacks and perhaps nuts, washed down with a light drink. The main course is generally stuffed turkey, and then a particularly Belgian take on the Yule Log. This is prepared so as to be deliciously rich, with layers of cream separating the sponge inside and bark-coloured chocolate butter cream covering the outside. It’s not a meal for the faint-hearted!

The lucky Germans get two Christmas meals a year! That on Christmas Eve is, however, a relatively light and simple affair, but what follows on Christmas Day is anything bit. The classic centrepiece is roast goose, although duck is also quite common. The bird is stuffed with a rich mixture of fruits, vegetables and nuts, and flavoured with a range of herbs and spices. Popular side dishes include dumplings and red cabbage, all topped with gravy. Stollen, a sweet-flavoured bread packed with dried fruit and covered with icing sugar, is an extremely popular dessert throughout the Christmas season.

One food often missing from an American Christmas meal is turkey, since memories are still fresh of Thanksgiving less than two months before, where turkey is the traditional main dish. Instead, ham or beef are served, though in coastal areas seafood is often commonly eaten, especially oysters. Americans love to be generous with their festive meals, so a large mound of mashed potatoes is a common sight. For afters, there may be pumpkin or pecan pie, with plum pudding and mince pies more likely to be found in the northeast. As in Canada, eggnog is considered the classic Christmas drink.