11 traditions only Americans do 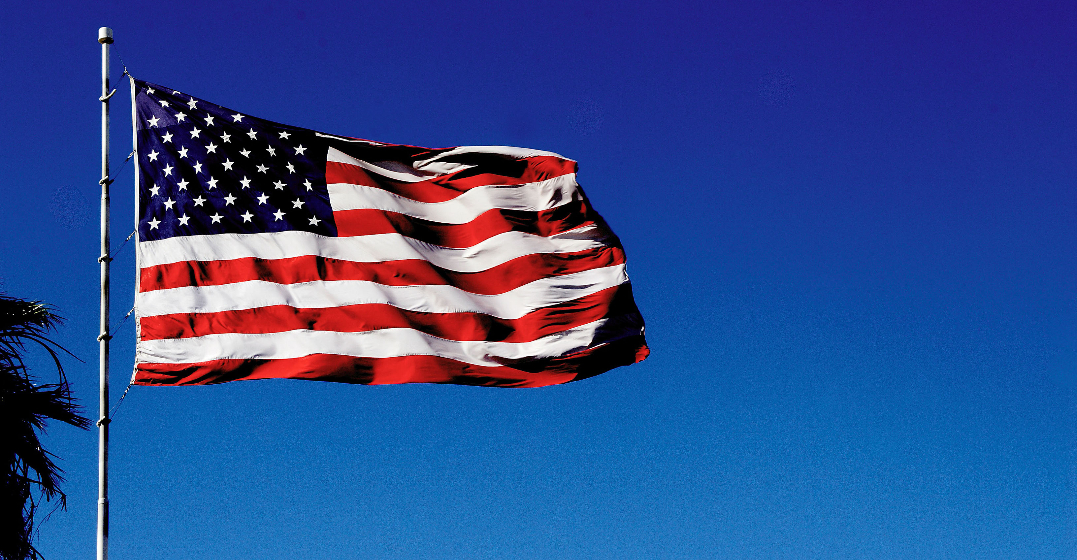 Every culture has its own unique set of habits and traditions – and American is no exception. As a born and bred American, Adriana has compiled a list of things so totally American, you won’t believe how awesome they are.

Americans are absolute pros at super sized portions. There’s actually a size at McDonald’s called “super sized”, which is where the term comes from. After having lived in Germany and travelled across Europe, when I came back to the US to visit my family, one thing became clear: everything in America was about one-third larger than in Europe. This was not only the food portions, but also the appliances, furniture, cars, streets, elevators, and more. Maybe this has to do with the fact that we have so much space in the US compared to Europe, so we’re not so worried about smooshing everything together. Even so, the super sized portions have definitely gotten out of hand!

Another thing I realised is strange in America after having lived in Germany for so long: we put ice in all our restaurant drinks. And not only this, but the fact that when you sit down at a restaurant, they immediately come with a big glass of water is something that I haven’t really seen anywhere else. Not to mention the free refills are amazing, too!

3. The obsession with pumpkin

Maybe it comes from the pumpkin pie tradition for Thanksgiving, but Americans love pumpkin in everything – but only starting from the end of September. It’s the main seasonal drink at Starbucks. We make pumpkin bread and pumpkin spice cookies during fall. You’ll even find things like pumpkin flavoured chapstick. So if you’re not into pumpkin during this time of year, you’ll definitely find yourself missing out.

Although this one isn’t 100% American, America is only one of three countries that use the Imperial System, i.e. Fahrenheit instead of Celsius, feet instead of meters, and miles instead of kilometers. This is especially important to note when travelling there, because if you use the Metric System (like in Europe) the majority of Americans won’t know what you’re talking about, even at places like the airport.

American college culture is infamous for fraternities and sororities like in the movies. A lot of people have asked me if that’s actually true. Although we do have those types of college clubs and they are important in terms of networking for your future career, the extent to which they’re supported according to movies isn’t quite accurate. This has a lot to do with the fact that the drinking age is 21 (which is only at the end of your time at college), so it’s not quite as crazy as the movies make it out to be.

The fact that Americans love to drive is nothing new. But I do find it funny now how Americans do drive literally everywhere, even short distances like a couple of blocks. As long as there is a parking spot somewhere, you can bet that an American will choose to drive there instead of walk!

7. Halloween is a big deal

In the US, Halloween is nearly as important as Christmas in terms of how widely it’s celebrated. For children and parents, that means going trick or treating in costumes. For teens and younger adults, there’s often a Halloween party put together by friends. My friends and I opted for a haunted house and haunted corn maze instead. You haven’t celebrated properly if you don’t give yourself a good scare!

I legitimately believe that tailgating is one of the most American things in existence. Basically how it works is you use the trunk of your car as a spot to host a picnic. It’s often combined with football games (American football) as part of the pre-game fun. People who are rooting for the same team also do this together so they can chit chat and come up with cheers they want to say before the game starts, as well as drink beer of course.

This is another one that always gets a good laugh from non-Americans. We not only have supermarket culture, but we have something explicitly called “Walmart culture”. For those who are unfamiliar, Walmarts are these gigantic supermarkets that are open 24/7, have basically everything in the world to buy, and are extremely cheap. There’s a certain type of American that Walmart attracts, which is why it’s very common to find people there shopping in their pjs or even having a tailgate party in the parking lot. There is always this strange greeter at the entrance who is very elderly. I don’t know why, but it’s seriously true for every Walmart I’ve been in. Just do a quick Google search for Walmart memes and you’ll understand what I mean.

American culture is extremely work-oriented. It’s common to start working when you’re very young (I began at 12 as a horse stable assistant), employees work long hours, and you don’t take much vacation. If you’re on vacation a lot, then it’s often believed that you’re lazy and not working hard enough. I believe this heavily influences why Americans are so travel averse. In fact, a survey by OnePoll showed that 40% of Americans have never left the country. I would imagine this to be accurate, because that’s true for most of my family. Without a culture that supports travel and vacation days, companies don’t implement those policies. And without those policies, employees don’t have the opportunity to take them.

11. Hugging pretty much everyone is very American

While there are other countries that greet by hugging, I have yet to find such an emphasis on it like in the US. America has a very informal culture, meaning that we jump to a first name basis as quickly as possible and swap out handshakes for hugs (by the way, also never kiss Americans as greetings, because they’re reserved for love relationships). If you’re a guest at someone’s house, even if you don’t know them, you’ll likely hug as a greeting. It’s often the case that at work people hug as well – but once you get to know each other a bit better. If you’re worried about whether to hug or not, you can always offer a handshake instead.

Learn more about American English and culture with Lingoda. Already know it all? You can also learn German, Spanish or French! Visit our website and sign up for your free 7-day trial today.