How to celebrate New Year’s Eve in the US 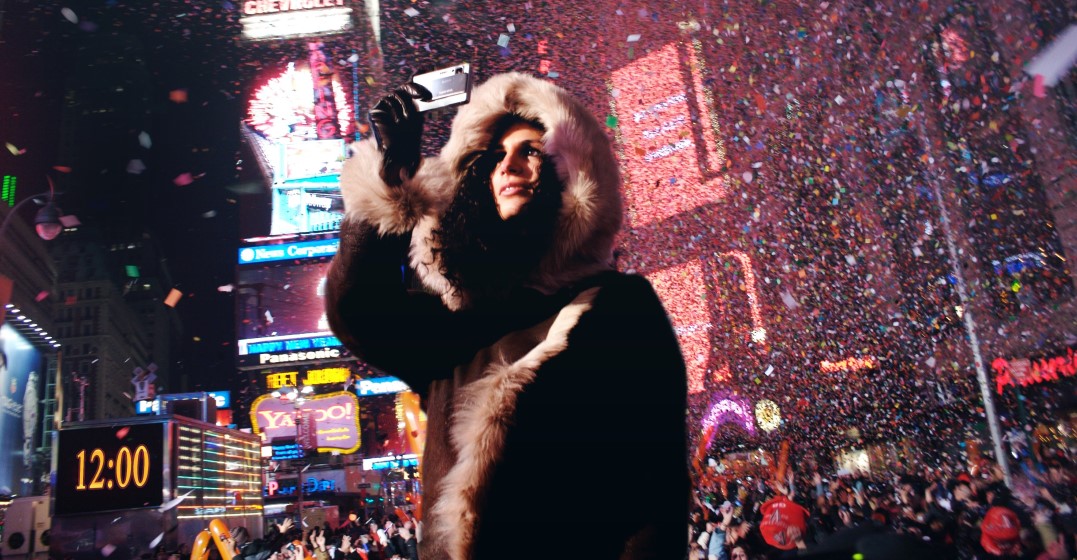 It’s that time of year again and you’re wondering how to celebrate New Year’s Eve while in the US? To help you ring in the New Year with sparkles, joy and laughter, here are the x most popular American traditions.

7 ways to celebrate New Year’s Eve in the US

If you want to start the New Year off right, you need to set goals for yourself, or at least that’s how we perceive it in the US. Many Americans set wait loss goals, but they can also include other topics as well, such as quitting smoking, spending more time with family, traveling to a new country, or asking for a promotion. While setting resolutions might be easy, the real challenge is to stick to them throughout the year.

The infamous Times Square ball drop in New York City is one of the most popular New Year’s Events across the globe with as many as 1 million viewers every year. If you can’t manage to be there in person, you can still watch it for free on their live webcast. Nonetheless, I’ve heard from friends that being there in person can be quite intense because of the insanely packed crowd, so watching on TV instead is often a lot more comfortable.

A good portion of the world lights up fireworks on New Year’s Eve and Americans are no exception. However, there are particular regulations for certain states about which types of fireworks can be purchased and where you can use them. For example, in Massachusetts, only people with a professional license can light up fireworks due to safety reasons, which means that your best bet to view fireworks is to watch the public one put on by the city. But in Washington, they have some of the most relaxed fireworks laws, so many people purchase them by the box and set them off at home. If you’re new to a particular state, make sure that you check with the most recent regulations so you don’t end up with a hefty fine!

4. Cook a large meal with friends and family

Not everyone goes to a fancy party on New Year’s Eve in the US, as it’s still considered a family-centric holiday. When I was a kid, my family used to get together and cook a meal as extensive as on Christmas. I’m from Oregon and we have rather relaxed laws on fireworks as well, so my dad would set up a fireworks platform and after dinner, my sister and I would sit and watch for hours as he lit them off one by one. Our personal favorites were always the sparklers that we would wave about and create patterns in the air with. Some years, we also visited the public fireworks display that our small town put together and lit up above the lake. With huge mountains in the background, it was a truly unforgettable viewing experience.

5. Dress in black, white, and silver

If you do go to a fancy party, make sure you’re dressed in either black, white, or silver (or a combination of those). Basically, the more sparkles, the better. Once you’re 21 and can legally drink, you can attend the large-scale, lavish events for adults in the big cities that include live music and endless champagne. Suits and cocktail dresses are highly recommended in this case. Make sure to also reserve tickets far in advance, as these events are quick to sell out!

6. Use noisemakers, tinsel, and confetti

A New Year’s Eve celebration wouldn’t be proper without noisemakers, tinsel, and confetti. Most New Year’s events give these items away to keep up the tradition that is rooted in the belief that noisemakers ward off evil spirits. Plus they’re also just fun to blow on. If you go to a large indoor event, be prepared to get covered in confetti (and maybe also champagne), as it’s common that confetti drops from the ceiling in large quantities at the stroke of midnight.

7. Countdown from 10 and kiss your loved one at midnight

In the US, we have the belief that whatever you’re doing at midnight is how you’ll spend the rest of the year. So in order to keep up the good vibes, we count down from ten together and kiss a loved one right at midnight. In most cases, the kiss is with your partner, but a kiss from a close family member is a surefire way to help you start off the New Year with positivity.