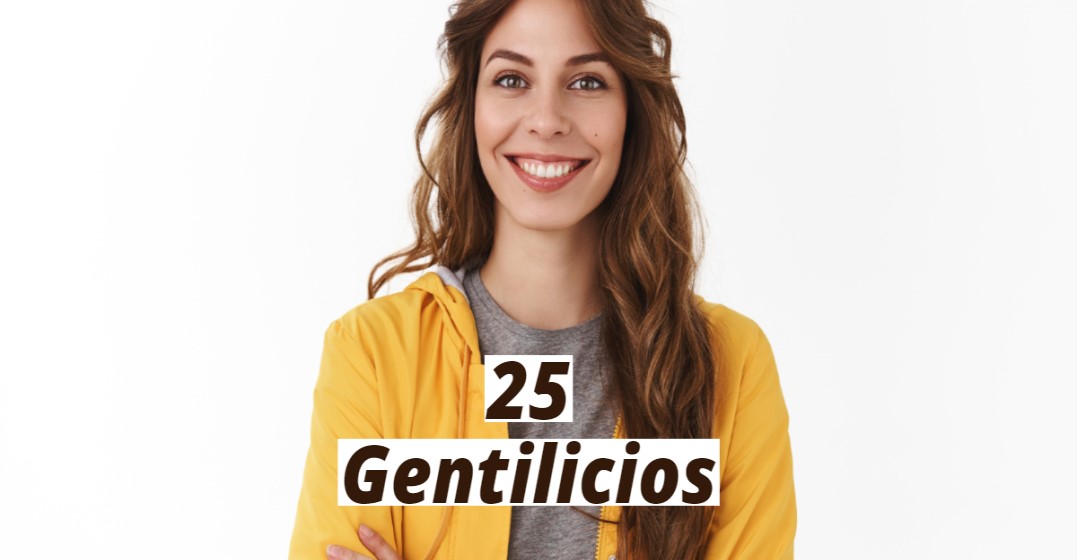 A “gentilicio” in Spanish or demonym in English is a word used as an adjective or noun to identify people and things based on their geographic origins.

Whether you are talking about French fries or French people, the word “French” is a “gentilicio” or demonym. It explains that the subject of conversation is from France. The demonym French is derived directly from the word France.

Demonyms get thrown around in Spanish conversation quite a bit. If you aren’t familiar, you might get lost in every conversation.

By understanding demonyms, you can identify where things are from and pick up on cultural cues. Listen for demonyms from your Spanish-speaking friends and you will gain an understanding of regional cultures. The easiest demonyms to identify are the ones that refer to entire countries of origin. They are easy to guess because like France/French the demonym often looks and sounds a lot like the root name of the country.

Here are 15 demonyms that should be easy to guess.

Weren’t those easy to guess? Notice that in Spanish, we don’t capitalize demonyms.

Also, remember that demonyms follow subject-adjective agreement rules. Using a demonym with a feminine noun like mujeres or women will change the ending: Chilean women in Spanish become mujeres chilenas.

Just as there are demonyms for country of origin, there are regional terms too.

Here are a few regional gentilicios that might come in handy.

Regional demonyms are more specific and the names tend to be more creative and harder to guess. Over time and with repeated exposure, you can memorize these by ear. Some demonyms also have shorter, colloquial versions. They are like a nickname for the gentilicio and they get used quite a bit in common conversation. Here are some demonyms from Latin America. Can you guess what country they refer to?

If you guessed costarricenses (Costa Rican), argentino de ascendencia italiana (Argentine of Italian descent), puertorriqueño (Puerto Rican), and nicaragüense (Nicaraguan) then you would be right. Listen closely and you will learn the local nickname for the demonym as you travel from place to place.

As with regional demonyms, these can be hard to guess by sound or even by sight. You will memorize them as you hear them during your travels in Spanish-speaking countries.

Some gentilicios even vary in usage from country to country. For example, people and things from the United States can be referred to as yanqui (Spain), norteamericano (Chile), or estadounidense (many Latin American countries).

Nicknames for European-looking people with blonde hair and blue eyes also exist in wide usage across Latin America. Gringo and güero both refer to people of European decent with pale skin. These nicknames are common but be careful—they are used with varying degrees of politeness.

Now that we’ve learned over 25 useful demonyms in Spanish for describing people and things by their location of origin, let’s see why they come in handy.

As mentioned, gentilicios get tossed around a lot. That means any conversation can be educational.

For an example of passive learning using demonyms, let’s take a look at a popular food across Spain and Latin America: empanadas.

Empanada essentially means “bread-covered”. The term refers to a number of unique foods that are made by taking a filling (usually meat, cheese, and/or vegetables) and covering it with bread or another carbohydrate before cooking.

Empanadas are delicious and popular hand-held cuisine for many Spanish-speaking countries. How are they different country to country? See? By understanding the demonyms in relation to empanadas, you can learn about cultural influence, native cuisine, and even history and geography.

Use gentilicios to learn about culture

The best part of being able to identify demonyms is that through conversation, you can passively learn the distinctive characteristics of different Spanish-speaking places. You will hear about food, culture, and people referred to with gentilicios and get an idea how they differ from country to country.

Ask your Spanish speaking friends, “What is the difference between Spanish food and Guatemalan food?”

Ask questions using demonyms with a native Spanish-speaker and see what kind of cultural cues you can pick up on. Want to give it a try? Visit the Lingoda website and sign up for your free week trial.