Is Chilean the “Hardest” Version of Spanish? Wait a second. Most of Latin America speaks Spanish. Doesn’t that include Chile?

What on earth could it mean to speak “Chileno”?

Look at it this way. Everyone in the United States knows that saying “I’m pissed” means you are angry. Say the same thing in the UK and you just announced to the room that you are drunk. Yikes.

Using the correct vocabulary has an impact.

Say the right thing and people will think you are a local. Say the wrong thing and you risk serious embarrassment.

In the same way, every Spanish-speaking country has linguistic differences.

I am a Chilean-American. I was born and raised in California.

Though I grew up making trips to South America and talking on the phone to my grandparents, I didn’t learn the Chilean way of speaking. My cousins used to poke fun at the way that I spoke.

Chilean Spanish is pretty different from the standard version. There are a lot of Chilean words that you won’t find in the Real Academia Española.

For this reason, some people call “Chileno” the hardest version of Spanish to learn.

Don’t worry though. Speaking Chileno isn’t hard. Once you get the fluid rhythm and slang of Chileno down, it sounds downright cool.

Over the years I learned from my cousins to fit in better with language. Here are some phrases that I picked up so you can sound more like a Chilean too.

If you make friends in Chile, they will invite you to a house party. It’s not a fiesta. Call it a carrete. Make it into a verb and carretear all night.

¿Cachai? Do you understand or do you get my drift?

If you want to dress up, buy yourself a new polera t-shirt or polerón sweatshirt.

If they party has food, fill your guata stomach with choclo corn and palta avocado.

If you use these phrases, you will sound like a local. ¡Ya, po! That means Alright! or Let’s go already! In Chileno, we substitute po instead of the standard word pues. 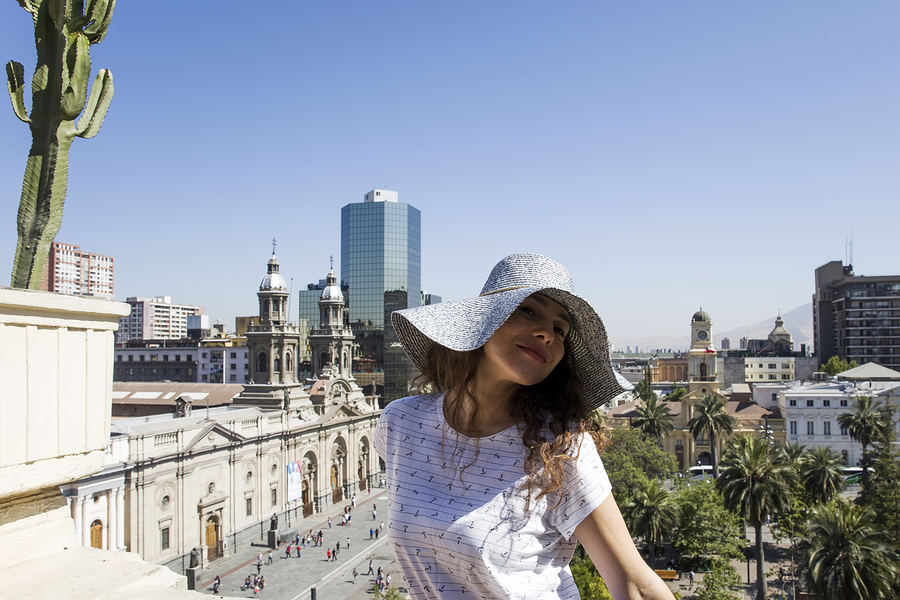 If you meet a cute girl, ask her ¿Estái pololeando? Pololear is to be dating someone.

Be careful not to ask her to be your novia. For most Spanish-speakers that means girlfriend, but in Chile it means fiancée.

If you’ve spent time in the Caribbean, you might have heard the word guagua. In countries like Cuba, it means “bus”. In Chile, it’s the word for “baby”.

Imagine how mortifying it would be to ask your new friends where the “baby station” is. Good thing you are brushing up on your Chileno now.

Finally, Chileno has two unique pronunciation elements that you will hear a lot.

First, verbs ending in -í, or –ís are conjugated like Argentinean voseo but they are used with the pronoun “tú”.

Did you notice above how I told you to ask estái? This works whenever you use estar and ser and a few other verbs. ¿Cómo te llamai?,¿De qué colegio erí/soi/erei tú?, ¿Tú sabí?

Second, Chileans don’t pronounce certain endings on words. This includes dropping the last –s and turning a final –ado into –ao by ignoring the d.

If you stay the night in someone’s house, your host may ask if you want to go to sleep. You can answer Gracia-, estoy cansa-o.

Put it all together

Practice using your Chileno phrases with the standard Spanish grammar that you already know to make full sentences.

After the party, say Me fui de carrete.

If you met a girl but she was taken, say Ya está pololeando. Oh well, better luck next time.

Now that you know some Chileno, you can speak like a Chilean all day long.

You can make friends, go to a party, flirt a little, find the bus home, and tell everyone you are sleepy. You are all set to have a good time in Chile.

Do you know any other Chileanismos or Chileno phrases?

If you’re interested in learning more about unique versions of Spanish, visit our website and sign up for your Spanish trial with our native speaking teachers today.