Ever wondered if there’s a way to take a bit of a shortcut when it comes to learning English quickly? Well, actually there is! You can learn quite a good deal of English in just a short time by watching movies. I recommend watching English movies at maximum with English subtitles, but best is simply to immerse yourself in the story with no subtitles at all. Thank goodness for the easy access to Netflix!

How does watching movies help with learning English?

Get to know various accents

Watching English movies in English is very helpful with accents – be it everything from Texas American English or London-style British English. Either way, you get to hear native speakers using English in its natural setting and context. You learn how native English speakers use various tones for particular emotions, or even different talking speeds with people from different locations. This is particularly useful if you want to practice your listening skills as well.

As with any language, a word’s definition and the way it’s used can change depending on the context. While a “lorry” in the UK is referring to a large car, in the US they use the word “truck”. When you hear how native speakers use particular words, you can then apply them to when you speak the language yourself. And I don’t even mention how important it is to remember all the different words for “toilet”!

Many of us already watch movies in our free time to relax. So why not combine this with language learning and feel a bit productive? Watching a movie sounds like far less work than reading a complicated book or trying to write an essay. If you’re feeling really tired, you can even watch a movie in English that you already know the story of so you can easily keep up with the vocabulary and story line.

5 Movies to learn English with – and have fun while doing it!

Overview of the movie: Forrest Gump is set in Louisiana, USA while the US was involved in Vietnam War in the 1970s. Forrest Gump is a bit on the slow side due to some mental defects, but that doesn’t stop him from joining the war, becoming a great American football player, and later chasing after his true love, Jenny. While this ends in tragedy, Forrest still manages to run a marathon – for 3 whole years.

What it’ll help you learn: Forrest Gump is an American classic that highlights more of southern US culture – and understanding culture helps you understand the particulars of the English language. If you’d also like to get familiar with the deep south, American slang, and the unique Louisiana drawl, this one’s a great choice.

Overview of the movie: Toy Story is a beloved animated classic from Disney dating back to the 90s. While there are now 4 Toy Story movies, the original is the best in my opinion. The story is set mostly in a child’s room, where his toys come to life and have adventures together when he’s not around. Two toys in particular, Buzz Lightyear and Woody, often quarrel because they want to be the favourite toy. All the toys have different voices so it’s quite hilarious to listen to.

What it’ll help you learn: Toy Story is great for beginner English speakers, because this movie is about and for children. Though there is some hidden adult humour, the easy vocabulary and clear accents focused on children’s language levels make it ideal for those starting out. The character’s accents also vary, which gives you a bit of listening practice. 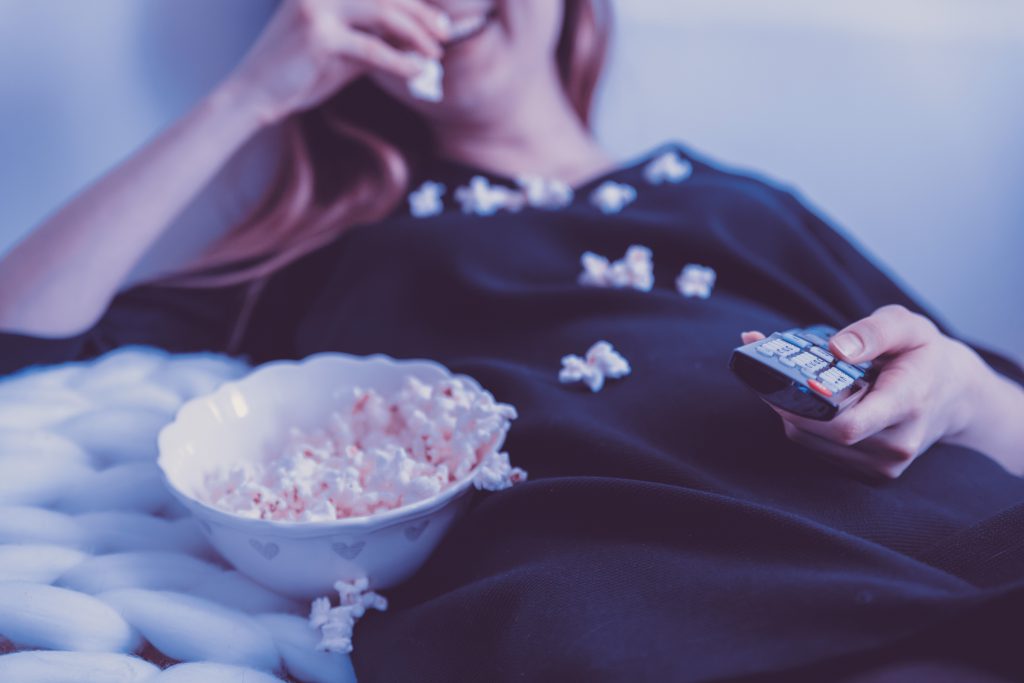 Overview of the movie: Both muggles and wizards alike will love the story of Harry Potter’s transition from a helpless orphan into a world-famous wizard. With his two best friends, Ron and Hermione, they repeatedly save Hogwarts from an evil man/wizard/creature known as Voldemort. There are 8 fantastic films here, so this’ll keep you occupied for awhile!

What it’ll help you learn: If you’re a fan of movies that involve magic, Harry Potter is a great choice for you. You’ll get a chance to hear many different UK accents and learn some fun magic-based vocabulary and idioms. The storyline is also highly entertaining even on the most dreary of days.

Overview of the movie: OK, this one’s a TV show, but I simply couldn’t leave it out, because of how funny it is. Friends is one of the most popular American TV shows of all time. Set within 10 hilarious seasons, the show follows six 20-30 something year olds in Manhattan, New York. The friends experience tragic romances, awkward situations, and crazy adventures.

What it’ll help you learn: Friends is useful for English language learners for two reasons. First off, there are tons of short episodes. If you just want a quick bit of English practice, you only need 20-30 minutes per episode. Furthermore, these friends aren’t the brightest of the bunch, so their vocabulary is relatively simple. You also get the chance to hear fantastic American idioms and slang. The storylines are also relatively simple if you happen to jump in for a random season so prior knowledge isn’t necessary.

5. Monty Python and the Holy Grail

Overview of the movie: Monty Python is one of the most famous British films of all time. It creates a hilarious version of the story of King Arthur and his round-table knights as they “ride” (you’ll get it when you watch it) around Camelot. With comedic stunts and amusing jokes, this movie is sure to leave you with a smile.

What it’ll help you learn: Monty Python is great for understanding British accents and British humour. Their play acting is also extremely entertaining if you’re tired and they don’t use too complex of vocabulary. This makes this movie quite good for relatively new English speakers.

If you’d like to learn English, Spanish, French or German, visit the Lingoda website and sign up for a course with our native-speaking teachers. With our interactive lessons and structured courses, we’ll have you speaking in no time.