Here’s How to Get a Perfect British Accent Pronunciation is one of the hardest thing to learn. In this article, we will explain you how to speak with a proper British accent!

How to speak in a British accent?

You’ve probably heard lots of people saying ‘Oh, they have a British accent!” or “they speak with a British accent”. The thing is, accents from the United Kingdom differ massively depending on where the speaker is from. Sometimes they can even differ from village to village. And, you’ve guessed it, accents in the UK can be English, Welsh, northern Irish, or Scottish, but there is no such thing as one British accent.

What people commonly describe as a “British accent” is actually called “received pronunciation”. This term describes “the standard accent of Standard English” and is generally spoken in the south of England. The term was introduced by phonetician Daniel Jones, but it is sometimes replaced by other terminologies such as “BBC Pronunciation”.

Regardless of the way you call it, you can definitely master this accent. Or if you prefer, any other UK accent! 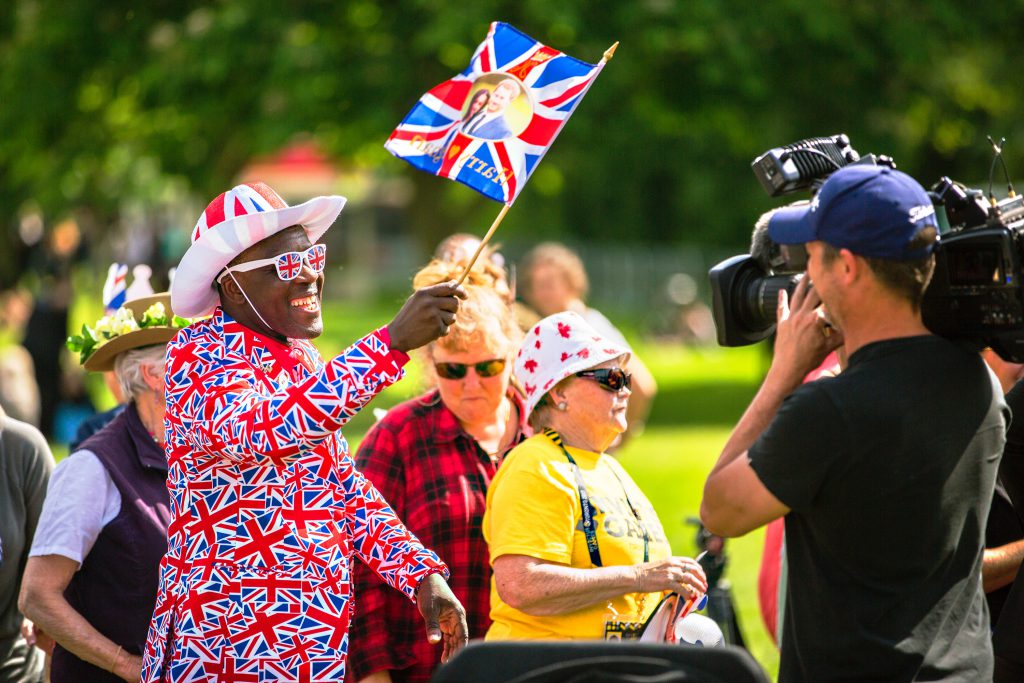 To start sounding more native and have a British accent, your best bet is to watch programmes on the BBC. Try to observe the way their presenters use their mouth, their tongue, and watch the way their lips move. You’ll notice that there are local programmes too, so you could pick up a northern, southern or geordie accent in the process!

Not only should you pay attention to the sounds that are coming out of their mouth, but you should also focus on trying to figure out how these sounds are coming out. Which parts of their mouth are they using when producing them? Try to imitate the way they speak.

You could also record yourself saying the same sentences and compare your version to the original one. Don’t worry about sounding silly, we guarantee that this method really helps! 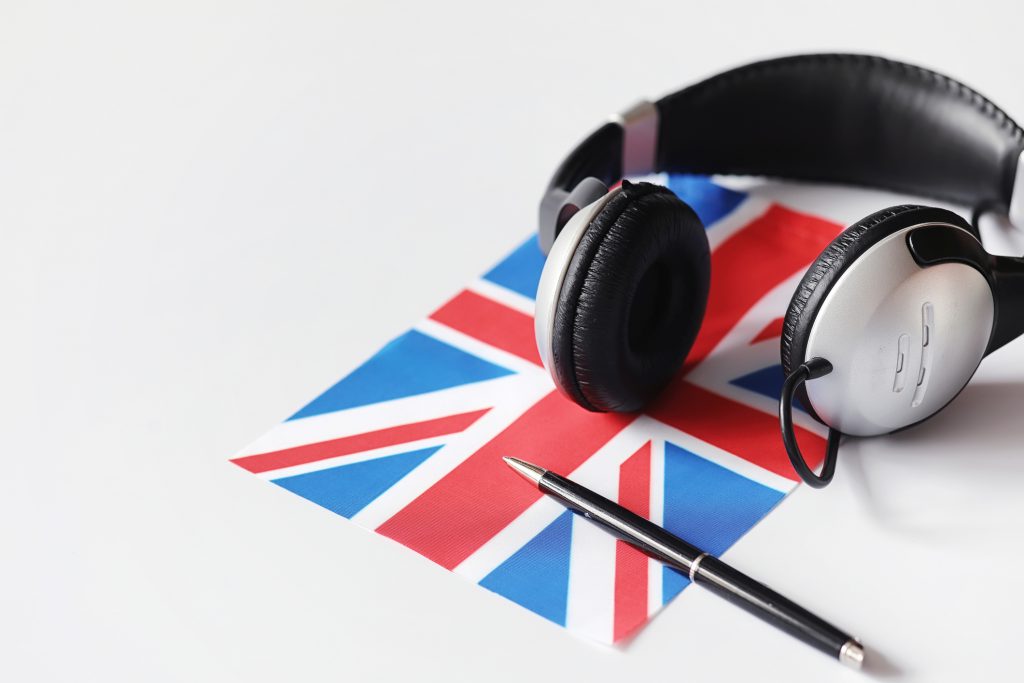 Some words are pronounced in very different ways in the UK to the US. Therefore, your first step towards getting a “British” accent is to memorize these words to avoid mixing up their pronunciation.

To get you started, here are 10 words you can practice aloud. Which pronunciation do you prefer? 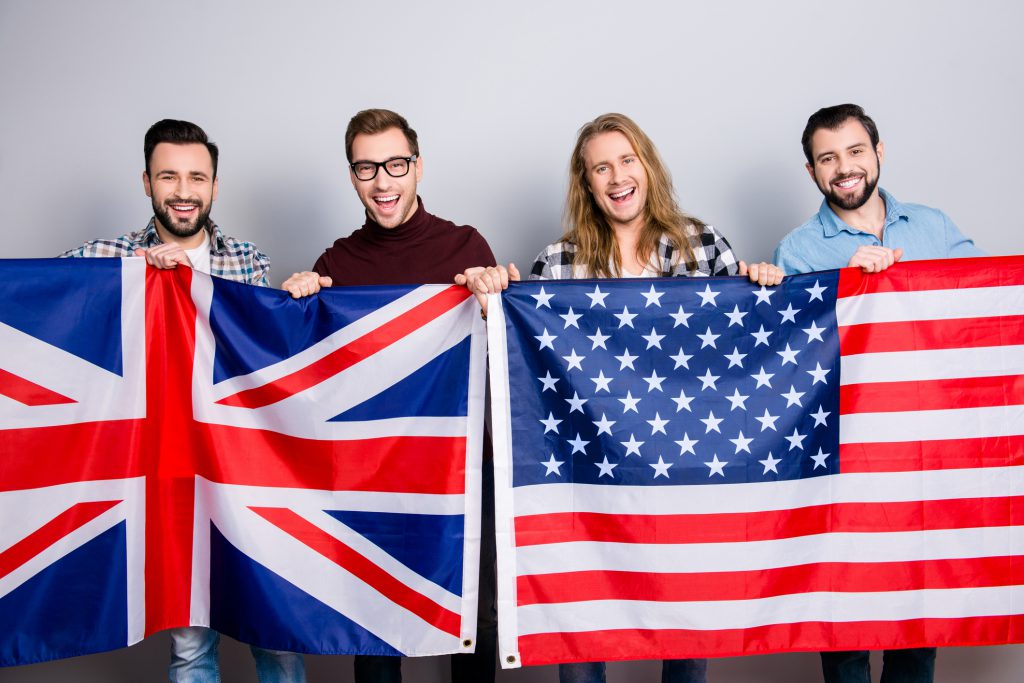 Watching videos is a fast and convenient way to learn the ropes of any accent. Many professional voice coaches have published detailed tutorials, they give excellent pronunciation tips and will provide you with useful examples.  You’ll be using the right sounds in no time.

Here are some our favourites:

However, don’t forget that British slang and American slang are very different. Be careful as some terms can have drastically different meanings depending on which side of the pond you are!

“Ace” is an adjective which is used to describe something that is awesome.

Another (informal) word for “man”, used similarly to the word “guy” in the US.

This word is used before another one to amplify or exaggerate its meaning. its meaning can be compared to the effect of adding “very” before a word, although bloody is much more informal.

Cheers is not only used when having a drink and clinking glasses. In the UK, it also often means thank you and even goodbye!

This adjective is used to describe somebody who is very good looking and attractive. By the way, the word is used in The Streets’ hit “Fit But You Know It”.

Gutted is an informal way to say you are bitter and disappointed about a situation.

Originally, the word “lad” is a way to describe or address a young man. In modern culture, however, it has become term linked to a sub-culture which is, more or less, the British equivalent of the American “bro”. According to Urban Dictionary, a lad is “ someone who engages in typical testosterone-driven behaviour such as drinking, sport and having a laugh with mates, sometimes harmless, sometimes obnoxious or even worse antisocial.”

This is a synonym of the word “friend” albeit more informal. People in the UK often address each other using the word “mate”.

In the US, “buck” a slang term for “dollar”. Quid is the British equivalent and refers to its currency; the British pound.

Literally, rubbish means trash or garbage, thus describing waste material which needs to be disposed of. This word is also used as an adjective to describe something that is low quality or untrue. 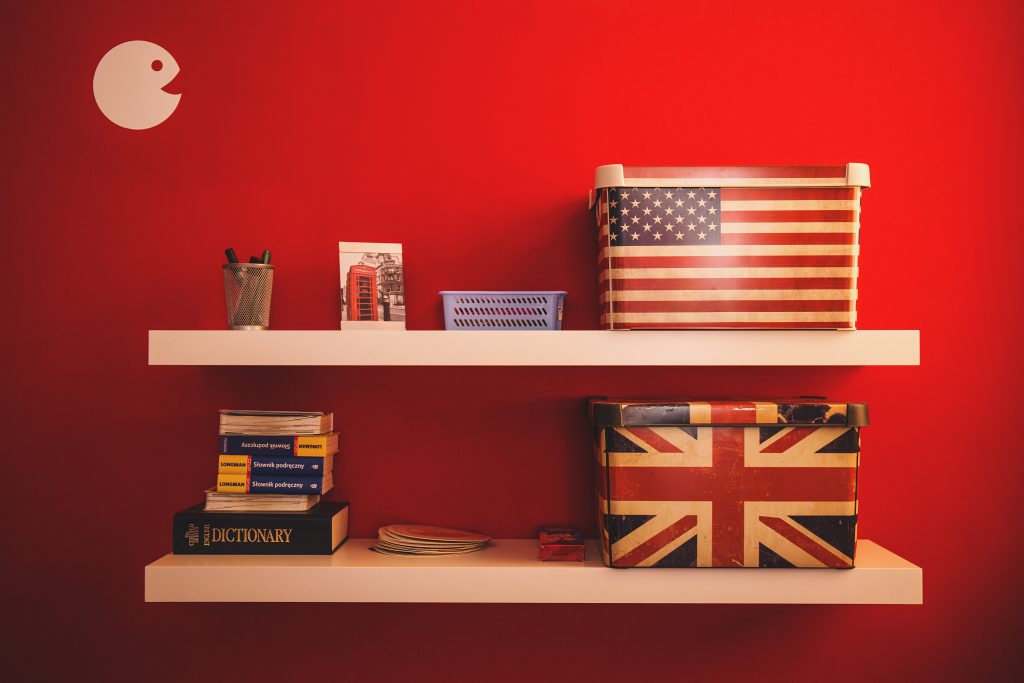 Lastly, the best way to polish your accent is to try it out on native speakers. For example, you could turn to language exchange and find a partner from England, or try to find a British pub or cultural organisation in your neighbourhood!

If you feel like you need help to improve your accent, take classes with Lingoda, you will learn how native speakers really sound. Sign up for your free week trial and put your new skills to use!

Try your free week
About The Author 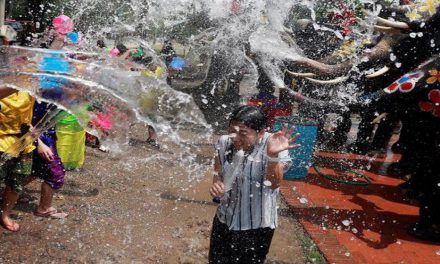 Spanish Words in the English Language How the French language plans to retake control