25 German Abbreviations You Need to Know 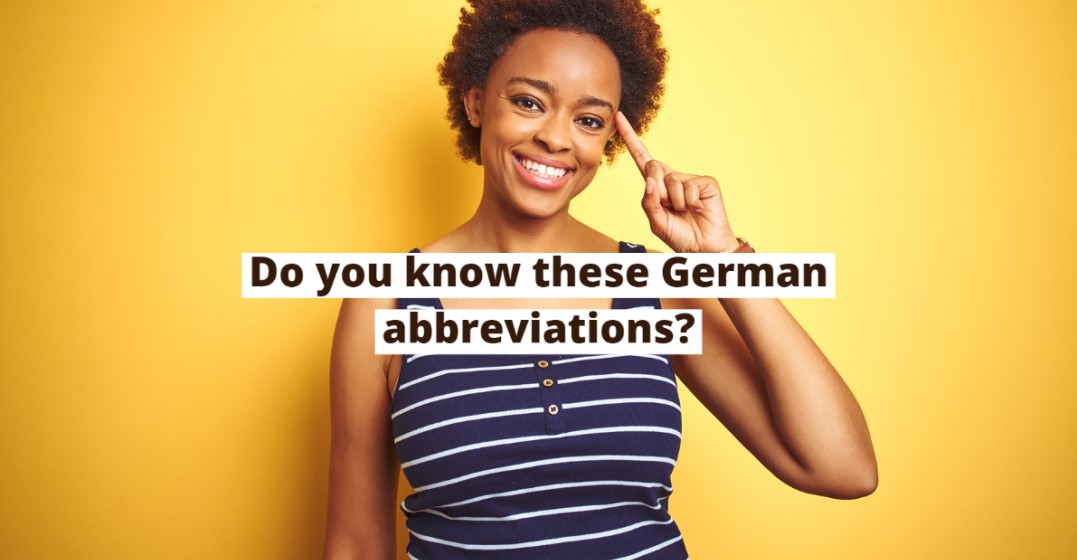 Oh the abbreviations in German, they are so intense. And there are so many. On signs, in letters from the bank, in the instructions for your cake mix. When you look them up, it’s hard not to have a moment of panic as all those long German words pop up. It’s alright. Deep breaths.

Best abbreviations for driving and transportation

There are lots and lots of abbreviations when you’re dealing with cars, driving, trains and getting somewhere, so here is just a small taste.

Best abbreviations for looking for a place to live

Common in many languages, the confusing range of abbreviations for describing housing situations is impressive. Add in the fact you’re probably looking for a place to live when you’re new somewhere, well, that can make it an extra headache.

Even though I’ve written quite a few emails in German, I still have a cheat sheet to refer to when it comes to the standards expected. Add in some abbreviations, and making your way through the replies can be… a challenge.

So fire up your WLAN (that’s your wifi network) and you’ll be able to take these abbreviations in stride in your next Lingoda lesson.

Put these new abbreviations into practise and take a Lingoda lesson today! You can access a free 7-day trial with our native speaking German teachers.