A local’s guide to Berlin 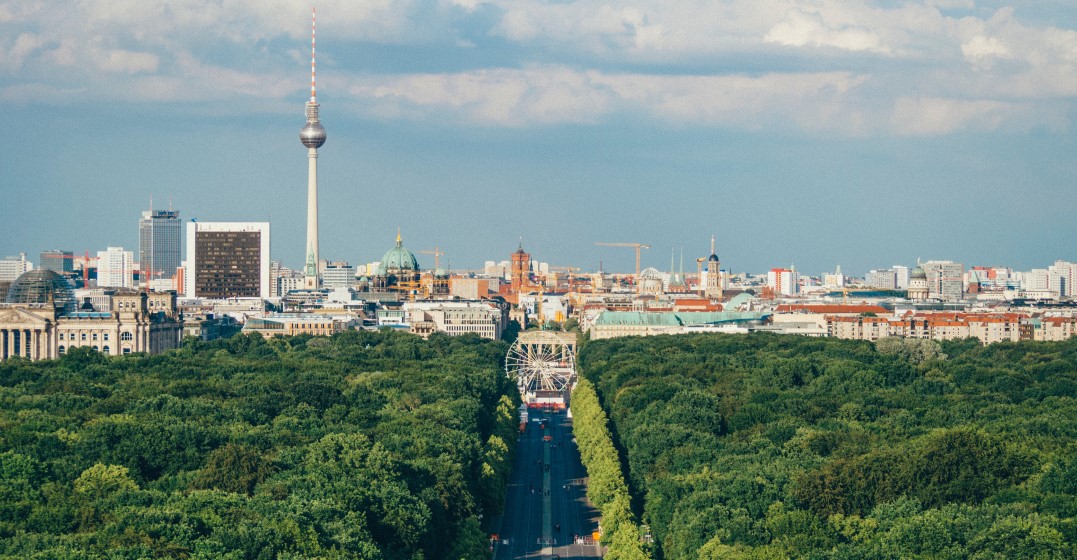 Whether you’re a first time visitor or keep coming back to Germany’s capital, Berlin always has something new to offer to everyone. From art and culture to history to shopping, the metropolis is a dream destination for adventures, parties or sightseeing. Make sure to not miss anything of importance with our local’s guide to Berlin’s top highlights and neighbourhoods!

Berlin as a world metropolis is steeped in history. You can find remains of the industrial culture almost next to monuments, memorial sites and magnificent buildings or architectural atrocities as well as jewels. Revisiting the past of the GDR alone can take up days alone. Reichstag, Brandenburg Gate and Museum Island are among the favorite spots for visitors interested in history, but many other exhibitions, installations and memorials commemorate Berlin’s history, from the Berlin wall to the end of the war and the victims of the Third Reich to 100 years of a developing metropolis.

One part of Berlin’s extensive history is of course its past as a divided city. Today, the division is hard to imagine, in part because so little of it is still visible due to urban renewal and Berlin’s ever-changing cityscape. Of course, the East Side Gallery with its iconic murals is a must, but if you’re interested in the history and story of The Wall, there are many more hidden and not-so-hidden spots and sights where the past comes to life thanks to memorials, installations, interactive apps or guiding podcasts.

Berlin arguably features Germany’s most versatile art and culture scene. The country’s creative capital has more than 50 theatres of which Friedrichstadt Palast is Europe’s largest. Galleries like the Gemäldegalerie exhibit fabulous collections of famous paintings and Gropius Bau or Hamburger Bahnhof are dedicated to contemporary art. The Jewish Museum Berlin features extraordinary architecture and a unique subject matter while you can discover urban art and diverse architecture all over the city. Don’t forget the city’s many festivals such as the Berlinale film festival and many live music events all throughout the year in addition to opera or the Berliner philharmonic orchestra.

New York may never sleep, but in Berlin, “drei Tage wach” (three days awake) is THE way of nightlife. Dubbed the best clubbing city in Europe, techno in all its styles is close to a religion here and Berliners go to all sorts of clubs to worship and celebrate their hedonism, diversity and individuality. While the list is endless, Berghain consistently remains the city’s most famous club. Be sure to check out others: Tresor, Sisyphos, Ritter Butzke, Salon zur Wilden Renate, Golden Gate, Stadtbad, KitKat, OHM or ://about blank are where the locals put their heels to the test.

Like any metropolis, Berlin has plenty of shopping hotspots: among the most famous or notorious are Kurfürstendamm, Potsdamer Platz, Friedrichstraße, Hackescher Markt, Tauentzienstraße or Schloßstraße. Charming and equally popular are weekly and indoor markets such as Markthalle IX, Arminiusmarkthalle, Marheineke Markthalle, the market at Südstern or the Wochenmarkt at Maybachufer. The concept mall Bikini or the Mall of Berlin are newly established while many used clothing stores such as Humana Kaufhaus or the Sunday shopping at flea markets are longtime traditions for locals. From stustainable fashion to obscure bookshops, lingerie and sex toys, there’s a shop for everything in Berlin.

Nothing lasts forever, and for every new building going up in Berlin, there is another forgotten one crumbling in its wake. You can visit many of the city’s ghosts of the past either with guided tours or by yourself as an urban explorer. To name a few sites, there’s the famous “spy bridge” Glienicker Brücke, the cold war spy station atop Teufelsberg in Grunewald forest, a British-American joint facility, the Stasi administration building Haus der Statistik at Alexanderplatz, Freibad Lichtenberg, the former amusement park Spreepark, Krampnitz military base near Potsdam, the old Iraqi embassy close to Tschaikowskistraße, the Spree-side Bärenquell Brewery or the the tuberculosis sanitorium Grabowsee.

Wannsee in Steglitz-Zehlendorf on the way to Potsdam is Berlin’s most well-known lake, but the popular bathing spots can fill up quickly in summer. There are plenty of other opportunities to get your swim in and enjoy nature: try Müggelsee, Berlin’s largest lake, the forest-surrounded Schlachtensee, romantic Weißensee, clean and beautiful Liepnitzsee in Brandenburg, Tegeler See with its surrounding parks and cafes, Plötzensee in Wedding, Krumme Lanke in Grunewald or Orankesee in Lichtenberg. Apart from Tiergarten or Tempelofer Feld, Berlin has many more inner city parks and is surrounded by forests on all sides. You can also explore its many waterways by boat or kayak and get lost in little Venice-like channels or discover international garden art at Gärten der Welt.

No matter the age of your offspring, Berlin is surprisingly welcoming to travellers with children. Family friendly hotels, restaurants and cafes take the stress out of where to stay and eat while you enjoy the city’s many activities and offerings suited for kids of all ages: there are playgrounds at seemingly every corner, museums for children, petting zoos and farms, the zoo and aquarium, exhibitions, swimming pools, green areas, parks and lakes as well many chances to treat your young ones and yourself to sweet and savory delicacies.

During his time as Berlin mayor, Klaus Wowereit famously called the city “poor but sexy”, referring to the attraction for the starving artist type. Roughly two decades later, Berlin is definitely less sexy to the poor, yet the German capital still has plenty to offer to the big spender and the shoestring traveller. One of Berlin’s charm is that you can get by on nearly any budget: street food and take out or upscale dining, free sights or private tours, public parties or VIP treatment, it all coexists in the city.

It’s an open secret that taking the 100 bus will allow you to get to and see from the bus popular hotspots like Alexanderplatz, Tiergarten, the Reichstag or Museum Island for the price of a regular ticket. It’s a much more enjoyable experience than the hop-on-hop-off or doubledecker cabrio tour buses. That said, Berlin has many opportunities for quality guided tours, from exploring subway tunnels, Jewish history, street art or Soviet buildings to the closed Tempelhof terminal, even the free (tip-based) walking tours can pair you with a history student who really knows their stuff.

A guide to Berlin’s neighbourhoods

Mitte is the city’s most central neighbourhood and home to many iconic sights and museums, many of which are conveniently gathered on Museum Island. Alexanderplatz has the famous TV tower and World Clock and is close to the Berliner Dom and the Nikolaiviertel with some of Berlin’s oldest buildings. Hackescher Markt features both art and commerce while Gendarmenmarkt is a beautiful spot for a stroll or upscale lunch. Checkpoint Charlie and the old Jewish synagogue are also in Mitte and further west still you can visit the Victory Column, the Reichstag and the Brandenburg Gate.

“Prenzlberg” is known for its hipster lifestyle and vibes, which you can experience in concentration when you walk up Kastanienallee from Rosenthaler Platz. Kollwitzplatz has a market and many restaurant and cafe options around. On Sundays, don’t miss the flea market and open air karaoke at Mauerpark.

Alternative Friedrichshain is home to impressive Soviet era buildings on Karl-Marx-Allee and around Frankfurter Tor. Visit the popular East Side Gallery and many clubs on Revaler Straße. Boxhagener Platz features another flea market, while Simon-Dach-Straße is the trendiest mile to do a bar crawl.

Crossing Oberbaumbrücke from Friedrichshain and continuing on the high line U1 into Kreuzberg, you have a chance to see some of Berlin’s most impressive street art and graffiti right from the train. Pay a visit to the Bethanien artists studios at Mariannenplatz and sample the multi-cultural cuisine of Kreuzberg on Wiener Straße or Oranienstraße. The two clubs SO36 and Berghain are the stuff of legends.

Neukölln mixes Gründerzeit architecture and young people moving into once-affordable apartments to tell the story of gentrification, which manifests as quaint Graefekiez mimicking Prenzlberg or on Weserstraße, where the hipster bars are ever changing. Bike, run or skate down an actual runway on Tempelhofer Feld or have a relaxing barbecue. Treat yourself to spa experience, Berlin style, at Stadtbad Neukölln.

Welcome to West Berlin and its royal past embodied by Charlottenburg Palace. The Berliner Zoo and Bahnhof Zoo are famous landmarks here, as is the Kaiser Wilhelm Memorial Church where you can listen to concerts. Yet Charlottenburg puts the Capitalist part into Germany’s capital and you can spend money on fancy things in style on Kurfürstendamm and at Kaufhaus des Westens, KaDeWe for short, Europe’S biggest department store.

Berlin throughout the year: when to go

Berlin’s climate is oceanic with extraordinary temperature differences between seasons. The locals joke that Berlin has six months of winter followed by no summer, and some years, that certainly seems to be true.

All told, Berlin has two seasons, warm or cold. Come visit in the summer and do as many outdoor activities as possible, from visiting parks and the surrounding nature to dining on outside terraces and partying at open air clubs. Although parties are plentiful in summer, winter is the clubbing season and a great time to experience museums and culture or the winter wonderland that is a German Christmas market.

Did you know that apart from Berlin, Germany boasts many more of the world’s most liveable cities? Find out which they are with our guide!