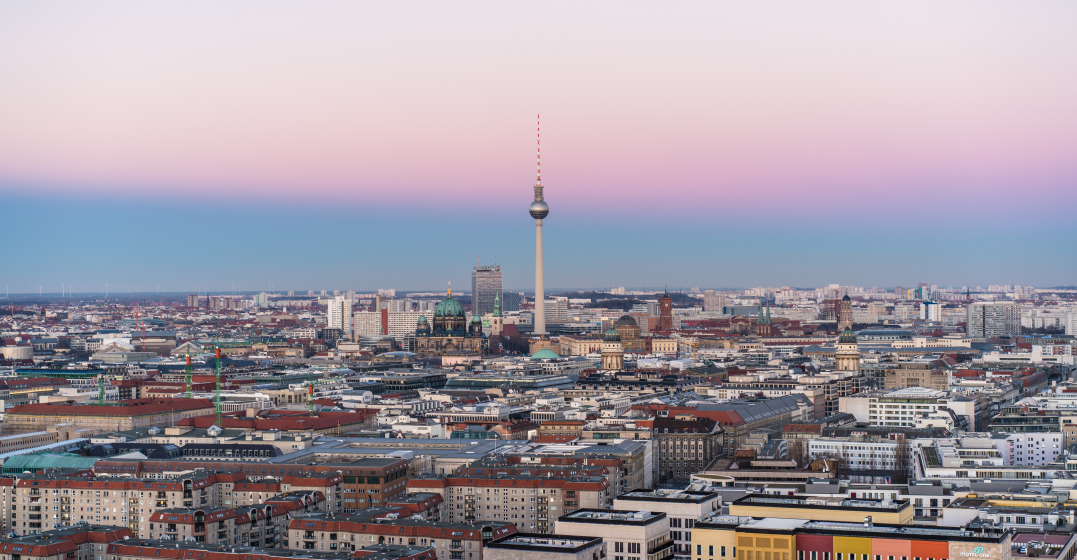 My story is rather common, to tell the truth. I moved to Berlin in July 2019, hoping to start a new career and finally live with my German partner.

Those who truly know me weren’t surprised, because I’ve always loved travelling and learning new languages, and had several international experiences before this one. Germany had been a place of interest to me for at least nine years, so the decision to move in didn’t take long!

How do I feel four months later, you ask? Read on to find out more about my experience as a fresh Portuguese immigrant in Germany!

What it’s like when you first move to Berlin

I’ve been blessed to have a German partner who could help me deal with the paperwork and appointments, saving me lots of time and giving me much needed support while my German was still rusty and basic. Additionally, being a citizen of the European Union, I haven’t had to face some challenges other immigrants must face when they move to Germany, such as visas, permits, interviews, having to prove my language level, and so on.

My first struggles were definitely emotional, social and cultural. Coming to Berlin after leaving my best friends, close family and loving job as a teacher behind, I started questioning my purpose here. I was often convinced I would never make friends, that I would be alone for years. Looking for a job also humbles you and, in moments of despair, makes you wonder whether you’re useful at all. As the weeks pass by, it’s easy to feel you’re never going to succeed. While I am still not qualified to talk about jobs (still looking), I have definitely turned my situation around and given myself a brand new social life with plenty of friends to hang out with!

If there is one huge difference between Berlin and my entire country, it’s that Berlin is a city of passage. Many people come to spend only a couple of months or years, and then return to their home countries or travel somewhere else in Europe. While this allows for a huge variety of interesting people to meet, it was also frustrating. Personally, I have always been the type who prefers having a couple of very close friendships, rather than several superficial ones. Every time I would initiate conversation with someone on the street, the supermarket or the café, I would be disappointed to find the person who had so much to do with me was going to be gone in a couple of months. As somebody who is still not employed nor studying, I found it very difficult to meet friends who were actually based in Berlin…and here to stay!

I solved this by joining a German intensive course at the local school, allowing me to meet more people like me. Their goal was studying German to improve their career prospects, get a better job, get used to their new city, and so on. Many of them still plan on leaving eventually, but I’ve improved my odds!

Beware of the cold Germans

As a Portuguese person, one of the things you often hear growing up is that Germans are incredibly organised…but also very cold. That it’s difficult to create a connection, establish some kind of friendship. In my experience, that is completely wrong.

The German people I’ve met to date are open to meeting others, having some fun, talking about all sorts of topics and, in some cases, even willing to help you settle in. I’ve had Germans hug me the first time we meet, talk enthusiastically about my country, and go out of their way to do incredible things to make me feel at home.

I would say the biggest cultural difference in comparison to Portugal is that Germans are quite honest about their opinions from the very beginning, not exactly attempting to shape their ideas to be polite or spare other people’s feelings. To them, it isn’t rude to be this direct as soon as you meet somebody. In Portugal, we tend to be much more indirect with our words and diplomatic in the way we express ourselves as soon as we meet someone new. Additionally, they tend to not be as expressive with their body language and tone, keeping it relatively contained and constant. Me? I’m all over the place.

One of the most important things I came to realise early on, was that Berlin has nothing to do with the rest of Germany. Berlin has its own culture (which many Germans claim is no culture at all!), its own ecosystem, its own way of doing things. From where I stand, it is difficult to talk about a pure German culture in Berlin. Many stereotypes I had heard my entire life about Germans did not apply at all in Berlin.

One of them was that Germans are really punctual. I’ve had several Germans in Berlin tell me that I’m more German than they are for arriving early at meetings and appointments! Berlin seems to be very relaxed, perhaps because there are so many foreigners living together that certain behaviors have started adapting to each other and conforming to an international presence.

Still, if you plan on moving to Berlin, do be punctual. It’s respectful, it’s expected and there are also many Germans living in Berlin who are not from here and might be counting on your precision!

I have realised that Berliners are not more or any less spontaneous than Portuguese people when it comes to their personal life. While they tend to like some planning, organisation and structure for the months to come, they’re not completely closed to spontaneous plans and ideas. In fact, something that is extremely common in Berlin is starting the night at one place and then exploring several other news ones on foot (bar hopping, if you will!), depending on how they feel! They might also sit at a späti, a concept that does not exist in Portugal.

The only day you’re not allowed to be too spontaneous is a Sunday: everything is closed! In Portugal, for example, you might make a last-minute decision to go to the mall on a Sunday to buy your groceries, new clothes, a gift or just to hang out with friends. In Berlin that’s just not possible. Additionally, if you’re Portuguese, you might be used to chilling at the mall until midnight. That’s not a thing in Germany. Most malls close at 21:00, including the food court.

Ways of socialising: some differences

Surviving a conversation with Germans can be interesting if you come from Latin America or Southern Europe. Portuguese people can be really, really loud. We are used to having big families in one place, having to talk all over each other, changing topics multiple times during one conversation, and laughing openly and loudly. I’ve received multiple looks, if not even annoyed comments on how I keep changing topics and never finish the last one!

Another thing that surprised me was how Germans love games and their rules. For instance, it isn’t uncommon for Germans to get together and bring board games or card games to have some kind of entertainment…even if you’re meeting someone for the first time! I sincerely can’t remember the last time I did something like that in Portugal. Most of our social gatherings are around food, drinks and talking. Board games are not a common thing at all! (But in Berlin, the drinks are still there).

Also, dear Portuguese: please take off your shoes before you enter someone’s house. I know this is not a thing in Portugal (in fact, removing your shoes might even convey the idea that you’re way too comfortable in someone else’s house), but here in Germany it’s quite common!

My neighbour has my what?!

The main differences between Portuguese and German culture lie in the little things. For instance, it is common for the postman to deliver your package to your neighbour if you’re not home, rather than leaving a little note for you to pick it up in-person. This was quite a shock for me at first!

Also, did you know you should always carry cash with you in Berlin? Many places – yes, including cafés, restaurants and even shops inside shopping malls – do not accept cards. In contrast, Portuguese establishments always take cards, except perhaps in remote villages or smaller cafés.

Planning on moving to Berlin?

I highly recommend living in Berlin. This city is creative, bursting with ideas and talented people, cultures from around the world and lots of activities to get involved with – there’s something for everyone! If your goal is to be in touch with traditional Germany, though, Berlin has changed itself to accommodate a plethora of cultures and is therefore not the best destination to confirm or deny these German stereotypes!

Do you have any interesting experiences in Germany you’d like to share? What are some cultural differences between your home country and Germany? Have you noticed a big difference between Berlin and other cities?