5 Tips on How to Write a Formal Letter in English
by Grace Grossmann
March 06, 2020 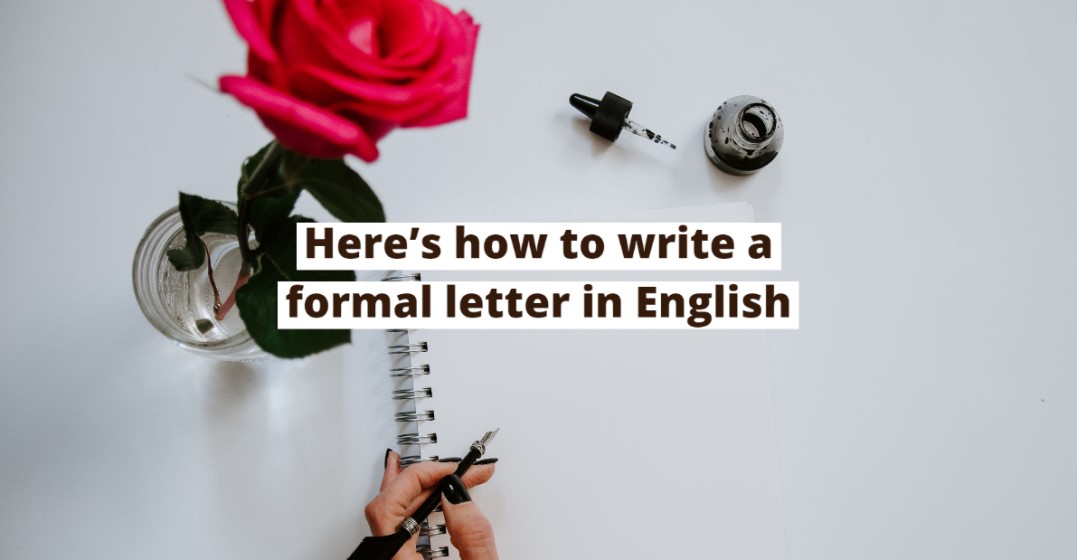 Writing a letter in English can be frightening when doing it for the first time, especially if it is required to be polite and proper. We have compiled 5 tips on how to write a formal letter in English, so there’s no need to be scared. The tips outlined cover how to greet, salute and everything in between.

You will see the subtle differences between the way a British person and American write a letter and decide which way is your way!

How to write the perfect English letter

1. Your address and details

First things first, write personal details in the right-hand corner at the top of the letter. It is up to you how much you wish to include, but normally a formal letter in British English has an address and other contact information such as email and telephone.

Lastly, write the date underneath before moving to the left side and inserting the sender’s address above the main body of the letter.

When writing a formal letter in English, the opening greeting is crucial. It sets the tone for the person who is going to read it and you want to make a good impression, so hello or hey are out of the question! “Dear” is the major opening greeting in a letter, both in American English and British English.

Fun fact: The first use of “dear” originates from a letter written by Queen Margaret of Anjou, wife of King Henry VI1450 in 1450. Since the 17th century, “Dear Sir or Madam” has become the polite version of addressing someone.

Now there are two decisions to make: with a name or without. If you don’t know the name, then put Sir/Madam, however, if you wish to include the name then put Mrs or Mr. depending on their title. Easy, right? Stick with me!

Thereafter, it depends on the title of the receiver, be it Dr, Mrs, Mr, or Ms; there is one difference between British English and American English – the point! In American English, you put a point after the title, e.g. Dr. or Mrs., however, in the UK it is without. After the title, write the full name or/and last name.

Now the opening of the letter is complete, write the body of the formal letter in English. Just as much as table manners are important, manners in a formal letter are too! With that said, introduce yourself in one sentence – make it short and succinct.

It is advisable to keep the letter brief and state your reason for writing straight away, e.g. I am writing with regard to…, then go onto the next paragraph. It is also professional to keep a formal letter in English short from 3-4 paragraphs. Use other paragraphs to ask questions and refer back to your letter. State a point and be specific.

There are quite a few options to write salutations at the end of a letter, but not so much when writing a formal letter in English.

It all depends on how you started the letter; what name you used. In formal letters, a title is used before the name, so write Yours faithfully. In British English, if the name was given, e.g. Dear Dr Dickenson, then the ending is Yours sincerely. In American English, simply Sincerely followed by your full name is also common.

There you have it: 5 tips on how to write a formal letter in English. Now it is time to put the tips to practise!

At Lingoda, we don’t only offer lessons in speaking, reading and listening, but also in writing. You’ll get the chance to put this tips into practise. Visit our website and sign up for your free 7-day trial today.