Use The Force: Language in Star Wars 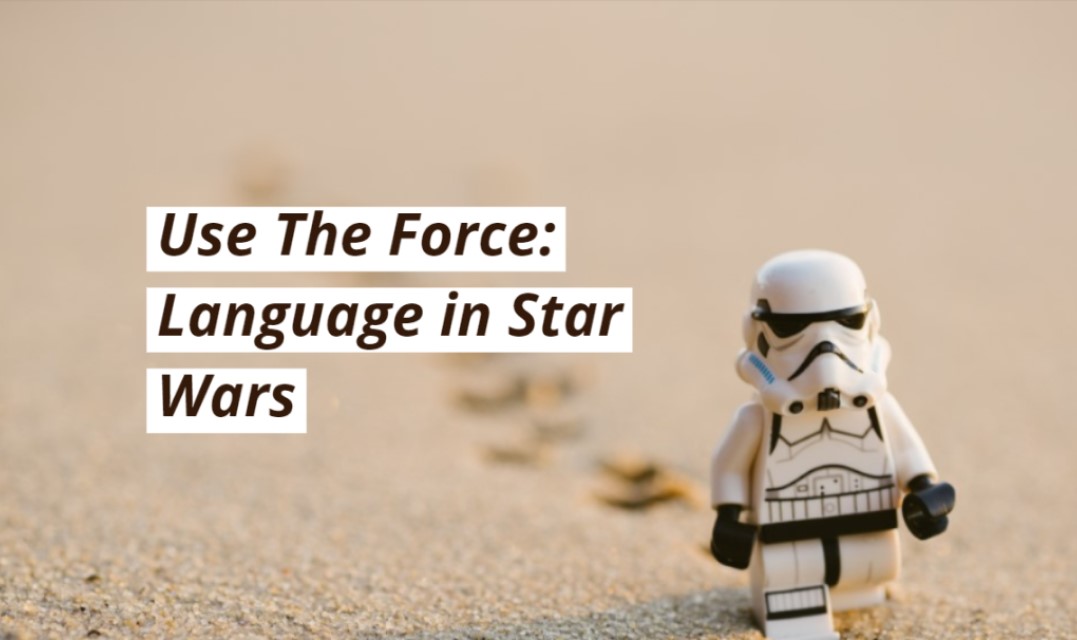 With the final instalment of the Star Wars films due this Christmas, and the most recent trailer for Star Wars: The Rise of Skywalker released recently, the internet is awash in speculation.

How will this decades long saga end? I’m not even going to guess. But with a universe spanning over 10 films with supplementary stories included, TV shows, books, graphic novels, and enough fan fiction to circle Tatooine five times, there is so much language to talk about.

You don’t need to be a protocol droid like C-3PO to understand little astromech repair droid R2-D2. His binary beeps and bloops manage to convey sadness, happiness, questions, and even joy tinged with terror (think of his scream as he and Luke speed off to destroy the Death Star). C-3PO is of course a kind of giant Google Translate with legs. And ‘is fluent in 6 million forms of communication’ he tells Luke as they are surrounded with Ewoks with spears. This leads to C-3PO to being crowned a sort of king of the small furry inhabitants of Endor. And a short time serving Jabba the Hutt but we’ll leave that one alone for now.

Made-up languages based on real languages

The Ewok language was made up by a sound designer at Industrial Light and Magic, the production company behind the Star Wars films. It’s based on Kalmyk, a language spoken by the people of Kalmykia, a region of Russia between the Caspian and Black Seas, just north of Georgia. It’s a variation on Oirat, which in turns belongs to the Mongolic language family. Apparently, the sound engineer brought in a Kalmyk speaker to help him design the sounds. Bits of African and South Pacific languages made it into the final language as well.

Huttese, the language spoken by the big slug like creatures like Jabba the Hutt, was also designed by the same sound designer. It’s based on Quecha, a language spoken by the peoples living in the Andes mountain range in South America. Huttese is the common language on Tatooine, and a few other planets, particularly among traders. C3PO spends some time chained to Jabba the Hutt’s side in his palace on Tatooine, translating for those unfortunate enough to end up there with no Huttese. 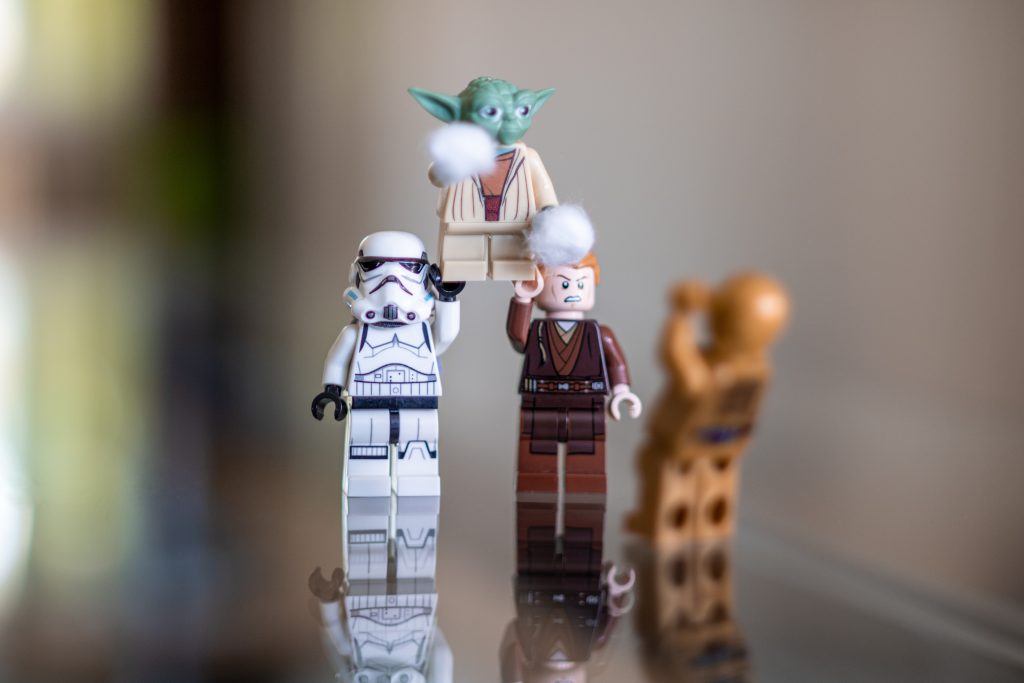 Jawaese, spoken by the little humanoids that trade in scavenged droids and starship parts on Tatooine, apparently involves scent as part of its communication – so no non-Jawa can possibly speak it. Jawaese Trade Talk was a simplified version of this language for speaking with lowly humans and other non-Jawas.

Luke Skywalker’s Uncle Owen could understand it, and Anakin Skywalker, Luke’s dad, could speak it fairly well. The language of the Jawas was based on Zulu, then sped up in post-production. Native Zulu speakers can understand it still, however. Still no word on what Jawas look like under those brown robes though.

English, or as it’s called in the Star Wars universe, Galactic Basic, is spoken by the Rebel Alliance and the Galactic Empire. Within this, there are a few clues to where people fit in class hierarchy of this universe. In the first three films, those with British accents were generally upper class people in command positions – in the Empire generally.

Rebel Alliance fighters, and Stormtroopers, were almost all Americans. When specific accents are assigned to an entire race in a fictional universe, it’s difficult to do this respectfully. Star Wars falls foul of this one with the Japanese accents of the Neimoidians, the people who run the Trade Federation in The Phantom Menace.

C3PO’s skills as a translator and culture interpreter make him indispensable wherever he goes. Make like a protocol droid and add one more language to your skillset. I’m not sure any of us will get to 6 million, well, until we can become cyborgs, that is.

We may not teach the languages of Star Wars at Lingoda, but we do teach many others. Check out our website and sign up for your trial today.