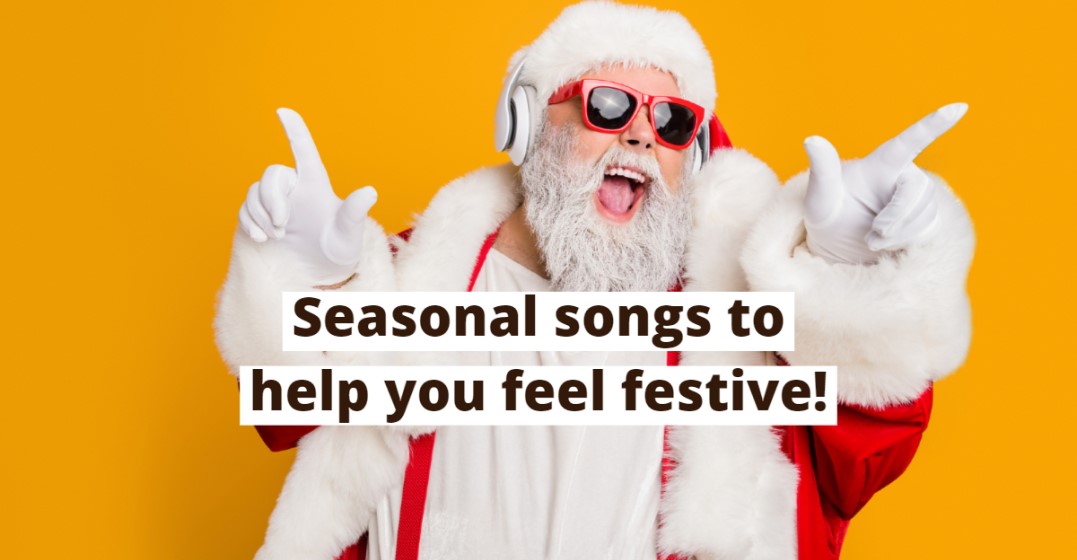 Around the world, you’ll start to see decorations and lights on street corners and in shops. You’ll also hear plenty of Christmas songs just about everywhere you go. It’s the festive season!

If you’re spending some time in an English-speaking country around this time of the year, there are a few songs you’ll likely hear over and over again. Some of them might be upbeat and exciting, like the famous “All I Want for Christmas is You”. Others might make you teary-eyed or sentimental.s

After being surrounded by these songs for a bit, you might feel eager to start singing along. They’re also a good way to add a bit of music to your English practice.

But out of all the popular seasonal songs, which ones should you learn? Also, how much do you need to know about sleigh rides, Santa Claus, and boughs of holly to enjoy them? 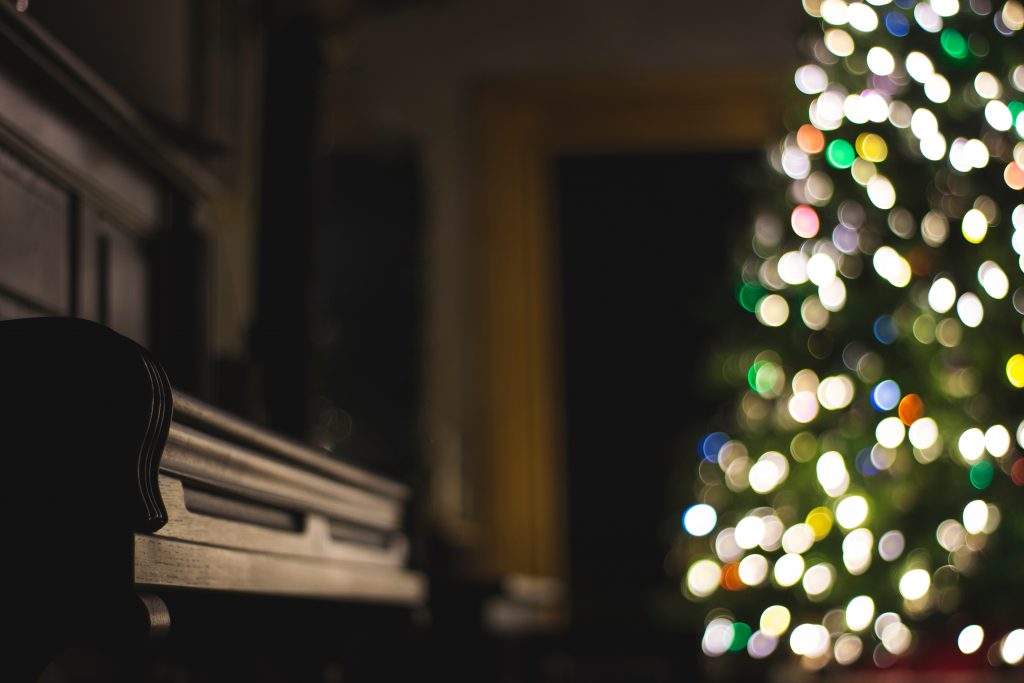 Some of the most common themes you’ll notice in classic Christmas songs are bells, snow, and sleigh rides. That’s also the basis for “Jingle Bells”.

All you really need to know to enjoy this song is that a “one-horse open-sleigh” is simply a sleigh or carriage pulled by one horse. Plus, it’s apparently pretty fun.

You’ll also notice that this song still uses words like “o’er” to mean “over”. Remember that some seasonal songs use older or more poetic language that you won’t come across in everyday speech. 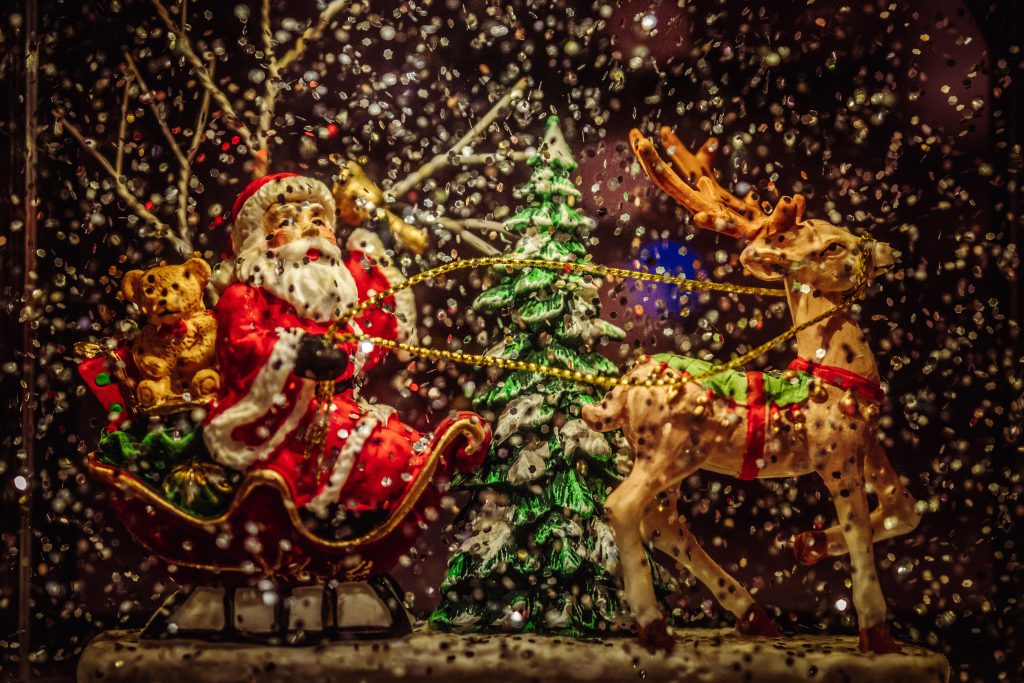 The interesting thing about “Jingle Bells” is that everyone knows it, but no one really listens to or sings it. That’s why there’s the “Jingle Bell Rock”.

This upbeat tune doesn’t have much to do with the previous song, but the title alone references the sort of carefree fun that should come with the holiday season. Think of the entire song as a party. The “jingle bell rock” is the song that’s playing, but you can also “rock the night away” to it (in other words, dance).

You’ll also notice that this song uses “jingle” and “jingle bell” adjectives. For instance, there’s “jingle bell time”, the “jingle horse”, and even “jingling feet”. Just think of these as adjectives that describe the happy feeling of a holiday party.

“Santa Claus is Coming to Town” – The Jackson 5

This classic Christmas song was created to tell kids about Santa Claus, who delivers presents on Christmas Eve to children around the world who have been nice during the year. “He’s making a list and checking it twice” refers to the way he figures out which children have been nice and which have been naughty. 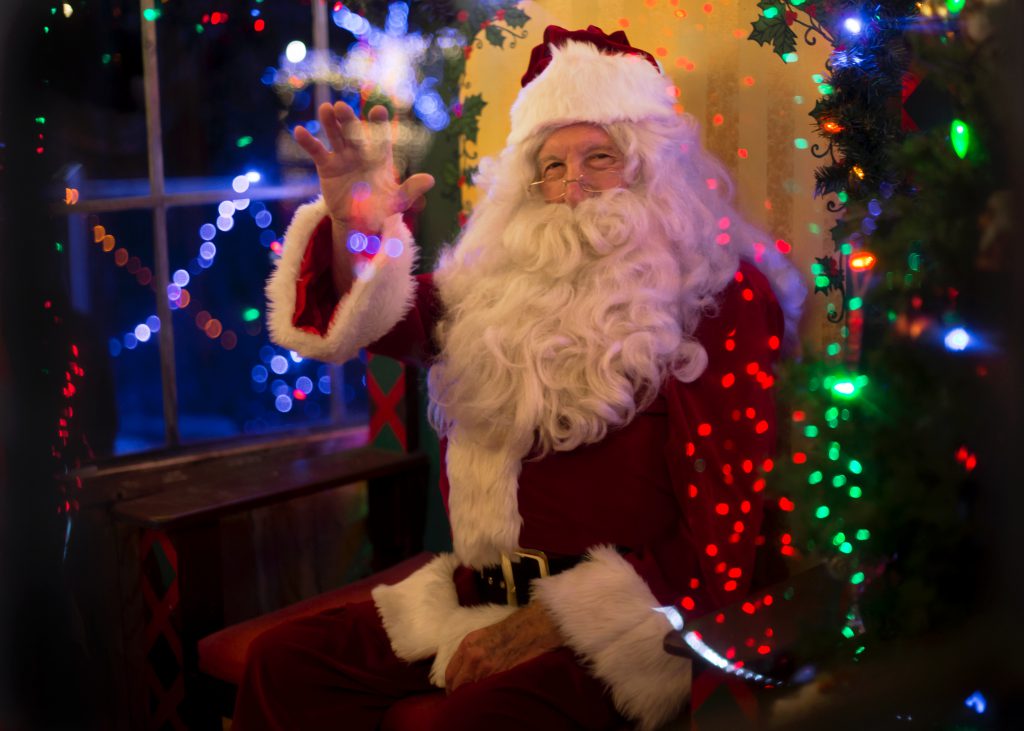 What’s something everyone might wish for on Christmas Eve?

Well, the perfect Christmas snow for starters. This tune is all about the dream of having snow on Christmas, known as a ‘white Christmas’. For those who live in warmer climates, it might be easy to imagine a Christmas celebration without snow, but that doesn’t stop many people from associating snow with the holiday.

A slow, wistful song, “White Christmas” focuses on the Christmas wish for snow. It brings to mind a beautiful place “where the treetops glisten” with fresh snow and everyone is happy (because of those “sleigh bells” again). 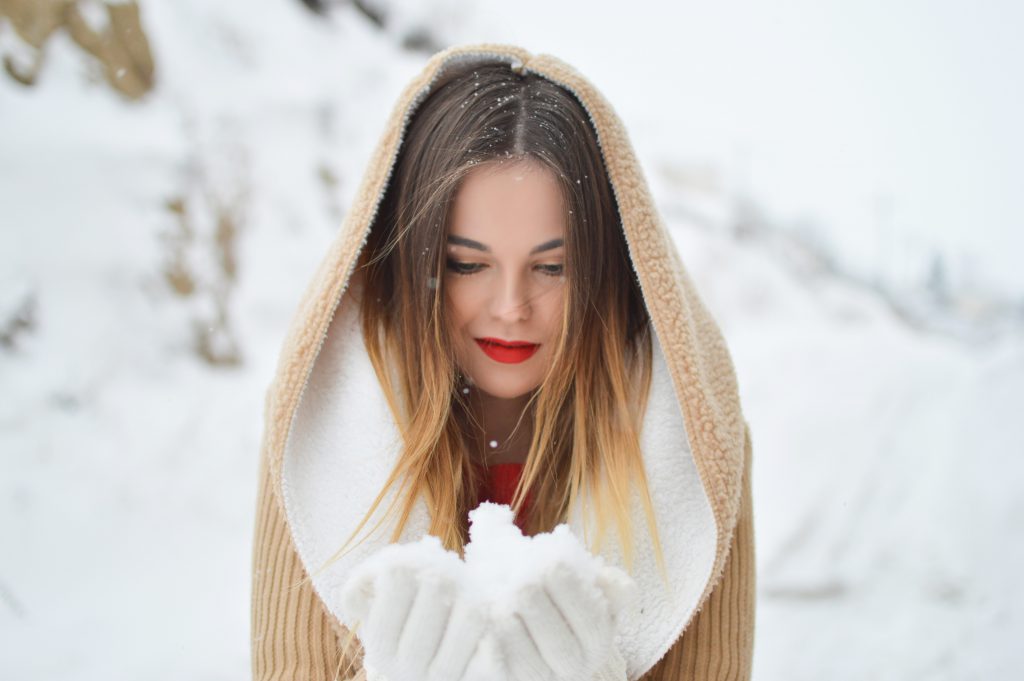 As an iconic Christmas song, just about every native English speaker can recognize the opening lines:

“Chestnuts roasting on an open fire. Jack Frost nipping at your nose.”

With lots of classic holiday imagery like “Yuletide carols”, cold weather, and mistletoe, this song is meant to get you into the Christmas spirit. It’s an especially good one to learn if you want to learn more about how Christmas is celebrated in English-speaking countries.

For starters, it’s common in many places to have roasted nuts, such as chestnuts. People might go door to door singing carols, or Christmas songs, but they might also sing in a choir at church. Celebratory meals can include turkey, among other things. On Christmas Eve, children eagerly wait for Santa to bring them presents and might try to sneak out of bed to see him and his reindeer.

You’ll notice that the Christmas wish in this song is meant for “kids from 1 to 92”. In other words, the magic of Christmas can be felt even after you grow up. 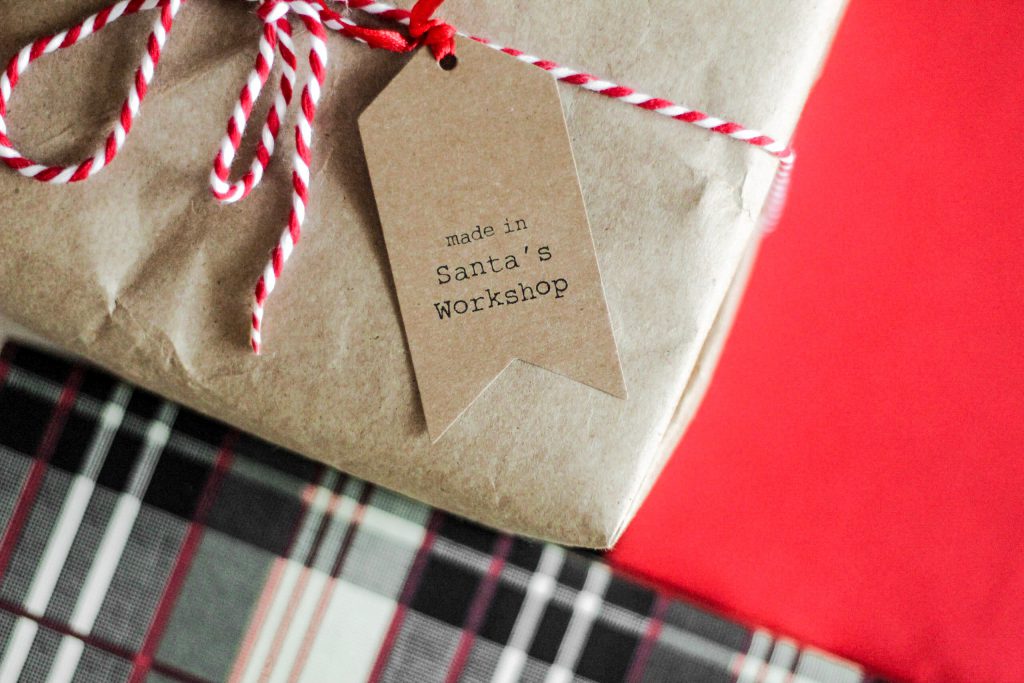 “All I Want for Christmas is You” – Mariah Carey

Made famous by Mariah Carey’s powerful vocals, “All I Want for Christmas is You” has become a modern Christmas classic for the Christmas season.

Though it might not be everyone’s favourite, there’s a lot you can learn from this upbeat song. The lyrics go through a list of classic Christmas wishes and customs that the singer says she’ll ignore in exchange for the love of someone special.

For example, not only does she not need presents under the Christmas tree, but she won’t even follow the tradition of hanging up a stocking above the fireplace. She won’t send a list of things she wants to the North Pole, which is commonly done by plenty of children who want to let Santa know what they want for Christmas.

The only other thing she does seem to want is to “keep on waiting underneath the mistletoe”. Traditionally, mistletoe can be hung up as a Christmas decoration. If two people meet underneath it, it means they have to kiss! 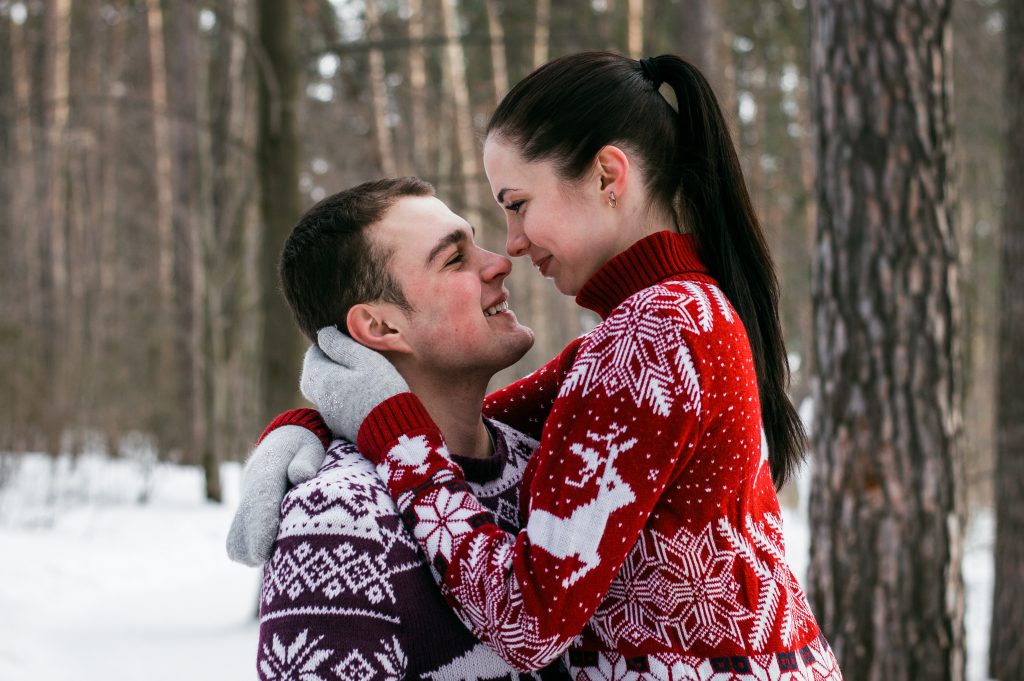 Another more modern classic, this one’s about the more depressing side of a relationship that’s ended.

You might ask, “Why is that a Christmas song?”

Well, besides the fact that it’s based around love during the Christmas season, this song contains a bit of Christmas hope in the idea that, this year, Christmas will be better. Plus, it’s all about the idea of giving away your heart the same way you would a Christmas present.

Most of all, it’s pretty catchy. 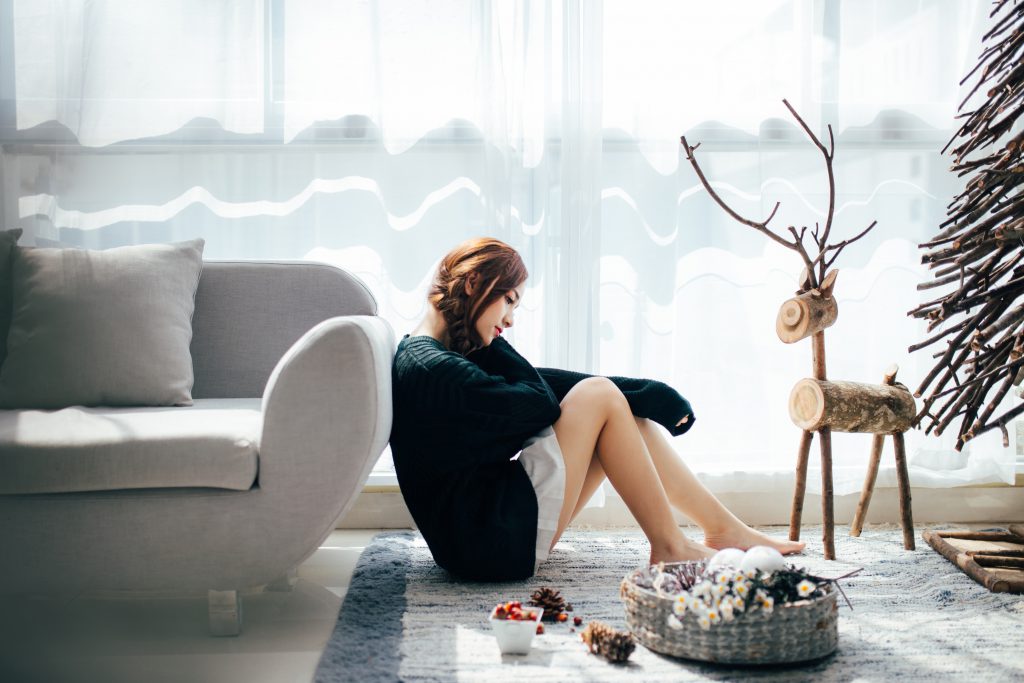 Another song that’s perfect for holiday parties, “Rockin’ Around the Christmas Tree” tells you to celebrate with dancing and pumpkin pie (another classic Christmas dish).

If you listen closely, you might wonder how to “deck the halls with boughs of holly”. This line is taken from the song “Deck the Halls” and simply refers to decorating (“deck” meaning “adorn”) with boughs, or branches, of holly.

Now, what exactly is “the new old-fashioned way”? Honestly, even native speakers ask this question. Just take it to mean you should dance however you want.

You’ll come across even more Christmas songs (more than could fit in any post!) as well as multiple versions of classic songs. However, this list is a good way to get started if you’re looking for more English songs to listen to this holiday season.

If you’re hoping to sing along to even more seasonal songs, ask around or go into almost any shop around this time of the year.

If you’d like to be able to sing along to more Christmas songs or get fully into the festive season spirit, visit the Lingoda website and sign up for your free, 7 day trial with our native speaking teachers.