Learning German in Berlin – Interview with Lucy vs. the Globe
by Lingoda Team
November 24, 2015 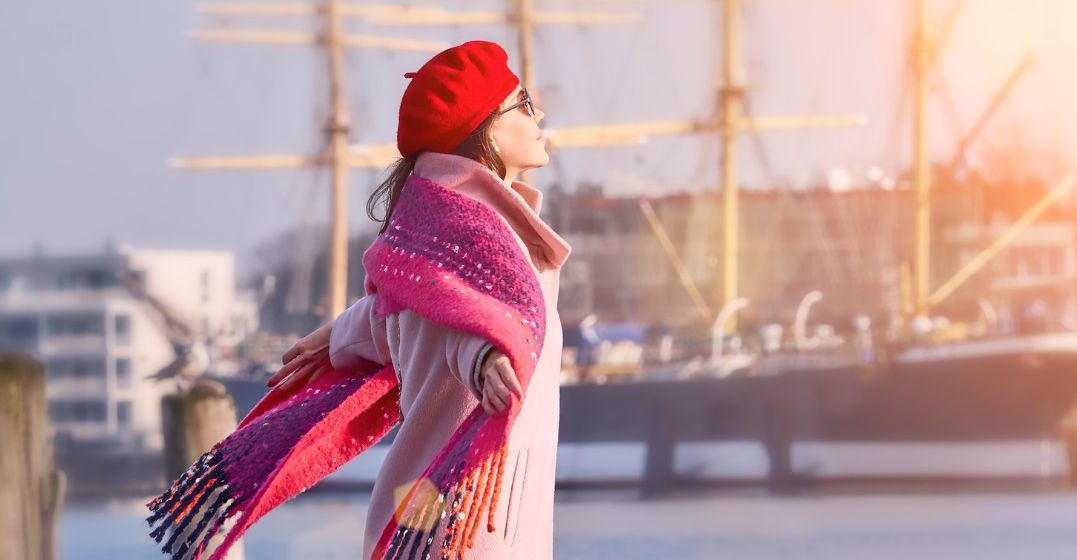 This month, we are happy to introduce a new series of posts dedicated to learning German in Berlin!

This city is where Lingoda’s office is located and also a place that has been rapidly gaining new residents from other countries over the past years. Many of these new inhabitants either started to learn German upon moving to Berlin, or tried to learn the language before. However, relying on English is also the prefered option of many.

This is why we have decided to chat with 4 Berlin-based bloggers whose mother tongue isn’t German to find out more about how they dealt with moving to a German-speaking town, learning German and more.

Up for our last interview is Lucy, who runs lifestyle blog Lucy vs. the Globe as well as Luzi Gegen Haan, where she tracks her German learning progress!

My name is Lucy. I run a blog called Lucy vs. the Globe which reports on life and how to do it better. Originally from Australia, I moved to Berlin from the US in 2012 and have been politely offending Germans ever since.

At this very moment, I am living in a rather small town in the West of Germany in an effort to learn German better. I started a shitty German blog about it called Luzi Gegen Haan, which is supposed to document the experience – but I think I might keep doing it, because it’s quite useful !

My favourite food is Singaporean Laksa, I don’t love rice, I have two middle names, one sister, no pets and I tell stories with far too many details and not enough hard-facts.

I moved to Berlin in 2012. I had been living in the US for 4 years and had just moved to New York which I wasn’t really figuring out. At the time, I had a sort of boyfriend who was German and there was a job I really wanted in Berlin. I was talking to my mum one day saying that there was job that I thought was interesting in Germany, and she was like “So just move?” – I booked a flight that afternoon and left New York 2 weeks later. Needless to say, neither the original job nor the quasi-boyfriend worked out but I stayâ€‹edâ€‹ anyway, because I’m an idiot like that.

I started learning German about 2 months after I arrived. I first landed in Berlin during the height of summer, which was good/ bad:

Good because I don’t think I would have emotionally survived if it had been winter.

Bad because all the schools had shut down for the summer break. I couldn’t really get so involved in learning until I’d been here some time, and then I found/ started a job about 3 weeks after classes finally began.

I guess I really didn’t start learning German until 2014, which was when I went back to it properly and if I’m truthful was the real beginningsâ€‹ of me and the German language.

â€‹I could not learn German and I’d survive in my current life. But I don’t see much progress with that way of thinking. Everyday jobs are complicated (calling o2, organising a plumber etc. etc.) and you have to reflect (that’s the most German thing I’ve said in ages) if you want opportunity/ to move forward from where you are currently and immerse yourself in being German or if you want to stay as you are and live within the bubble.

You lose a certain sense of immersion and independence without the language and this is kind of exhausting. For one, being in the 30+ age bracket and having to rely on other people to get remedial jobs done is a pain in the arse. But additionally you are losing out on understanding a culture you have placed yourself within – which is a shame.

Buh, this is a difficult conversation.â€‹ On the one hand I think it’s great, because we can openly live in this diverse city and everyone is (more or less) included. We have such a wonderful international community in Berlin which (among many other reasons) makes the city quite special and this is in part due to our openness with English. That said, I think one of the reasons I don’t speak German having lived in Berlin for 3 years is due to the fact that we are so loose with English, there is no pressure to learn. It’s a catch 22 situation.

I think if you are an English speaking person in Germany with â€‹only â€‹basic German, you are being held backâ€‹ on all countsâ€‹. You can only live about 60% of the life, because it’s bloody difficult to navigate the rest withâ€‹outâ€‹ a certain level of fluidity. I think it’s wonderful we can live in Berlin and maybe not speak the language, but I think to have a full life in Germanyâ€‹,â€‹ speaking the language is a good idea.

There are so many words. Really – I think there are about 4 ways to say you are looking at something. Probably it’s the same in English, so maybe that’s not a thing…. Take two: I guess the hardest thing is that I like to talk, and be included – when you are young and learning a language, if you aren’t included it’s ok – because reallyâ€‹, wâ€‹hat are you going to say? Nothing good. As you get older, it’s really hard not being able to articulate yourself in your most eloquent fashion.

I guess my other gripe is it’s also difficult â€‹to speak â€‹a language that everyone else already speaksâ€‹.â€‹ It’s easier/ less annoying for everyone to speak in English – but this isn’t particularly helpful for the plight of the English speaking person learning Germanâ€‹ – that’s kind of hard work.â€‹

â€‹Buh – I have no good advice. I’ve been here 3 years and I’m at best a B1.2 level of German which is pretty grim. I’ve just recently taken myself out of Berlin to live with a German family and speak German for 6 weeks. I think being able to hide yourself away with only German speakers is great – but I’m not sure if this is realistic for many people, because: work/ cash flow.

From my end, just throwing yourself into things is the best way, sign up for a course, only speak German in your twitter feed, start a shit blog writing in German. The more you do, the more progress you will make – so I guess, less talking/ trying to figure out the most effective way to learn German in the least amount time and perhaps more just doing. To me, people in Berlin talk a lot about “learning German” but are a bit shit at making the time for it. So – make the time. If that fails? Find a German boyfriend/ girlfriend. There has to be some benefits to the international roll around.

I once called someone’s mother a Geile Mutter. Because I had heard people use geil/e as in cool/ rad/ awesome, and I just thought it was appropriate because their mother was in fact cool – it wasn’t. Don’t put geile and Mutter together.

Sadly, I cannot pronounce â€‹”â€‹Friedrichshainâ€‹”â€‹ correctly, at allâ€‹ (did I even spell that right? It’s a shit of a suburb)â€‹. This is one of the many reasons I would never move there – oh and â€‹”nâ€‹ichtsâ€‹”â€‹. This is the hardest-easiest word in the German language, by far.

A favourite is a really tough one, because do you like a word because of how it sounds, or what it means? For the sound when Germans say â€‹”â€‹nöâ€‹”â€‹ I think this is the best. There is no sound likeâ€‹â€‹ it with my Australian accent, but it’s not so complicated to replicate. My favourite word â€‹(â€‹because it’s perfectâ€‹)â€‹ is Fremdschämen (spelling is questionable)â€‹ – it describes the process of being â€‹absolutely and totally embarrassed by someone elseâ€‹/ someone else’s actionsâ€‹.â€‹ We don’t have such a concise word for it in English, and I think it’s so relevant to my day to day life because people are so often the absolute worst.

You can also read our other interviews:

If you’re feeling inspired, head over to our website and sign up for your German trial today. 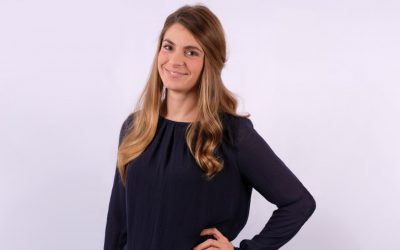