What a Language Learning Experience Abroad is Really Like 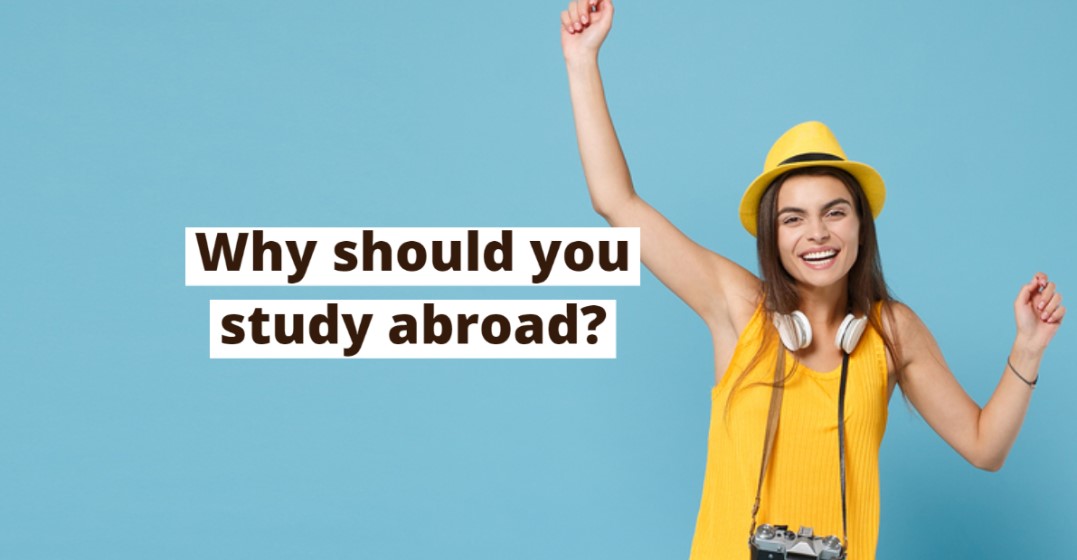 Studying abroad is one of the best possible ways to learn a new language. Oftentimes it involves living with a host family to learn the language with complete immersion, which absolutely speeds up the process. Furthermore, what we learn as students in school doesn’t always match how the language is actually spoken in daily life. Plus, studying abroad is extremely fun and can open the door to a whole new world that you wouldn’t have otherwise been able to experience at home. Adriana tells us more about her experience.

Why you should study abroad in Spain

During my last year of university, I decided to study abroad in Spain for my senior capstone. At my university, all students were required to complete a senior capstone project to graduate. It involved learning about something separate from your core studies so you can have a wider variety of experience to be more qualified for work after graduation.

I had been learning Spanish since I was a child, and then took classes in high school and university. Spanish is one of the most widely spoken languages in the world, so I thought it could be highly applicable for my future. Unfortunately, 90% of the time in those classes my teachers only spoke English and I didn’t feel like I was truly learning the language. Determined to improve my Spanish like a true native speaker, I applied for the senior capstone to study abroad in a village called Zamora, Spain (about 2 hours by train from Madrid). This involved living with a host family in a complete Spanish immersion environment and also spending time with disadvantaged children while there. I also thought it would be a great opportunity to spend more time in Europe and get to know a unique culture that was in no way accessible to me in the US.

Living with a host family that spoke no English

Learning with immersion means that you live or stay in an environment where only that foreign language is spoken. Fortunately for me, I got exactly what I asked for! My host family spoke next to no English and it truly put my Spanish skills to the test as soon as I arrived. My host family included my host mum and dad, as well as two younger sisters. After even just a few days, I realised how quickly it can be possible to learn a language if you have the right resources.

They were absolutely wonderful people and were extremely patient with me. Sometimes Google Translate gave some strange answers that they didn’t understand. I remember once it took me 30 minutes to find other words to explain the word “mushroom”. Even still, I look back on this time with absolute joy, because even though I struggled and spoke slowly with tons of mistakes, I was still able to develop a relationship with my host family that was permanent. We are still in touch today and a relative of their family also visited me recently.

Getting to know the village of Zamora

In addition to learning the Spanish language, I also got to know Spanish culture, which inherently go hand in hand. Yes, time does move a bit differently in Spain. Spanish people don’t obsess about being on time and they like to have fun in everything they do. I was fortunate to be in Zamora during a special festival time, where they held a parade with some of the strangest costumes I’ve ever seen. The parade was followed by a massive dance party that the whole village came to in the city center. People were still dancing at 6:30am when I could no longer manage to stand and had to go home and sleep.

Food is a big part of Spanish culture as well. My host mum wanted me to experience all the typical food they eat there and spend hours cooking everything from scratch, so we could have large family dinners together. Everything was delicious and it was an extraordinary feeling to experience such a high level of hospitality.

In addition to living with host families, we also had a particular mission during our stay in Zamora. For my capstone project, we went as a group of about 20 students along with our professor. Although we all lived with separate families, we met often for excursions (like a day trip to Portugal) and to help out the community. One of the reasons we were located in Zamora was because the village was experiencing a particular problem with their youth. They were not interested in school and parents were becoming worried about how their children would provide for themselves in the future.

So, in order to motivate the children to become more interested in school and also learning English, we did different activities with different age groups. For example, with the teenagers, we went to a go kart track for the day and held competitions. For the younger children, we went to a playground and did some creative language exercises. At the end, we also gave a large presentation to parents and their children about American culture and the importance of learning English for future work prospects.

Why the experience was so worth it

My first goal of improving my Spanish was definitely met. In a short time, I became nearly fluent due to speaking Spanish basically 24/7. Furthermore, I formed a close bond in particular with my host mum. We often went for coffee and spoke at length about our backgrounds and family struggles. I learned how tough things were economically for young people in Spain and how much she worried about her children’s future. My host dad also struggled with a prior illness that left the family with financial strains, but he was working on getting healthy while I was there.

When you truly get to know someone through a new language like this, it is a priceless experience and it completely changed my outlook on life. It made me realise that I needed to travel more, learn more languages, and break free from the cultural bubble in the US. I believe that had I not studied abroad in Spain, I wouldn’t have had the courage to later move to Germany and learn German, which is where I have been living for the last 4 years. So, if you want to learn a new language, have incredible experiences, and immerse yourself in a new culture, studying abroad will be perfect for you too!

If you’re looking to study abroad in a German, Spanish, English or French speaking country, we can help! Visit the Lingoda website and sign up for your free 7-day trial with our teachers and prep for your trip today!