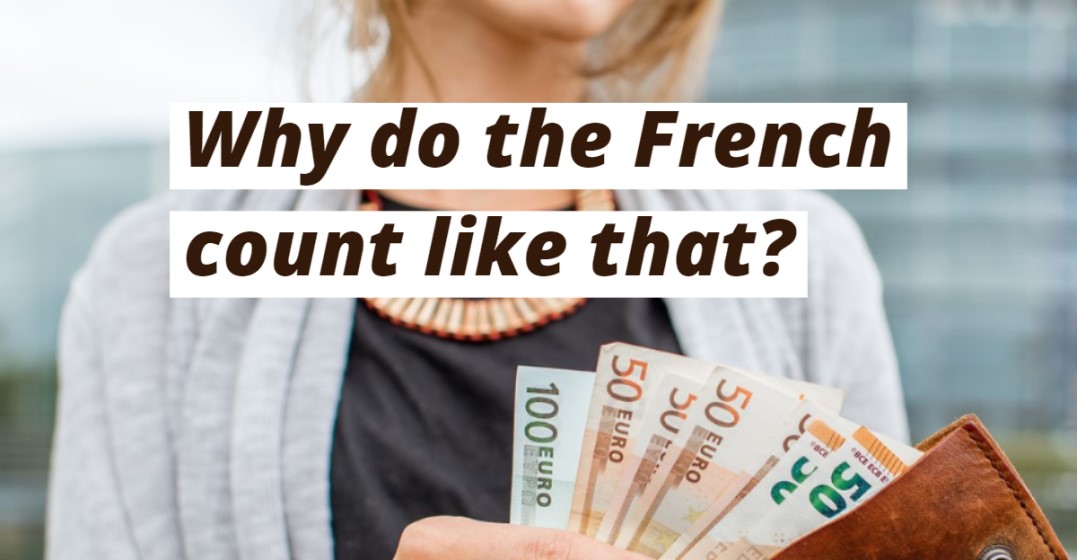 After the polite greetings, one of the first things you learn in a new language is how to count. Unfortunately, when it comes to the French language, that simple task is kind of a pain.

Counting from 0 to 69 is simple enough. Just like in English, you have a few unique words followed by a repetitive pattern after twenty: un, deux, trois…vingt et un, vingt-deux, vingt-trois. Before you know it, you arrive at soixante-neuf. What comes next?

Why, soixante-dix, say the French. By the time you get to 80, it’s turned into quatre-vingts and you’ve realized that this is no longer an easy task.

Have you ever heard of fourscore? It’s an archaic English word meaning “four times twenty” that was once used to say eighty.

Fourscore, soixante-dix, and quatre-vingts are based on the vigesimal or base-20 counting system that was used by both the Mayans and the Celts. But French is one language that still uses this system for some of its numbers.

Is it the same everywhere?

Actually, in some French-speaking countries like Belgium and Switzerland, you’ll come across the words septante, huitante, and nonante for the numbers 70, 80, and 90.

But if you plan to spend any time in France, these words won’t be understood. So, don’t assume you can just learn them instead.

How do I get used to it?

Once you get past the initial frustration of words like quatre-vingt-dix-neuf, you realize it’s just more vocabulary you need to remember. That means regular practice and a few creative solutions are your best bet to feeling more confident with those pesky numbers.

Whenever you need to count, do it in French. Whenever possible, take the opportunity to say numbers you come across out loud: prices, phone numbers, times, etc.

It doesn’t need to take up a lot of your time and you don’t (always) need to attract strange looks when you’re doing it.

For instance, the next time you’re deciding whether to buy a nice pair of shoes, look at the price and ask yourself: What’s that number in French?

Maybe even more important than saying numbers in French is being able to understand them. After all, it can be really frustrating to hear a number while listening or watching something in French and lose track of the rest of the words while you try to figure it out .

Train your listening skills by watching French films, listening to French podcasts, or, if you’re up for a challenge, watching history documentaries with lots of dates in French.

Use them in odd ways

If you don’t mind doing math in your spare time, try doing it in French.

If you do mind doing math, find other ways to involve big numbers. Make up sentences involving 186 elephants. Create a list of everyone’s birth dates (including the year) in French and put them on your calendar.

You might also go out of your way to repeat dates and years in French. Read short biographies or science fiction stories and say the dates in French. At first, it seems daunting to say 1994, but soon enough, you’ll have no problem responding with “mille neuf cent quatre-vingt-quatorze” when you see it.

The important thing is to remember to feel confident that your practice will pay off. Once you start seeing numbers like 74 or 297 and associating them with their French names, you’ll be well on your way to mastering French numbers.