How to get English TV in Germany 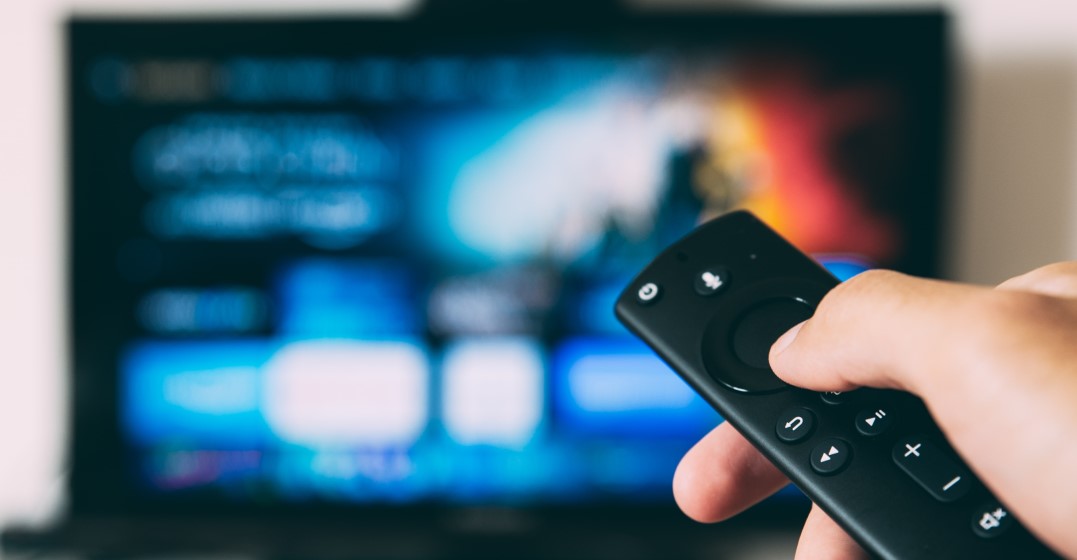 We all know watching films and TV in German helps with your language learning, but there comes a time when you just want to relax and watch TV in English. I hear you. Let’s look at how you can get your favourite American or British shows in Germany.

How to get your favourite TV shows in Germany

There are four international streaming services you probably know from North America and the United Kingdom: Netflix, Amazon Prime TV, Apple TV+, and Disney+. As of 2019, all these services are now available in Germany, but that doesn’t mean everything you might see in the UK or the US is available here. There are complicated licensing rules around streaming shows and films in different countries, and that’s a series you can access on Netflix in the US might not be available in Germany. This is changing, and generally if a series is produced by a streaming service originally, like Netflix’s Queer Eye, it’s likely to be available internationally. However, if you’re searching for a show you used to watch on a US network, for example, these are usually governed by the old school, and more restrictive, licensing rules.

But only in German?

This is the other problem with licensing rules. Occasionally you’ll see a film on a streaming service in Germany, but it wasn’t originally in English. No problem, I’m all about subtitles now, you think. But the subtitles are only available in German. My son runs into this with Japanese anime, often if it’s available in Germany on a streaming service, the only audio and subtitle language options are German.

One way around the German-only audio problem is the Chrome plug-in Language Learning with Netflix. You can only watch things on Netflix on your computer through the Chrome browser, but it will display the original subtitles, and a translate them into English. You can’t do anything about the audio. This is a great language learning tool, and if you really want it on your TV, you can try Chromecast, or broadcast it through your Apple TV if you have one.

If you are desperate to see TV from North America or the UK, this is the most comprehensive way to do it. A Virtual Private Network is like creating a little bubble around your home network, with an additional firewall. As part of that process, you can make it look like you’re coming from anywhere on the planet to the rest of the Internet. Most VPN services have a handy drop-down menu allowing you to select a country. As soon as you connect with their servers, it’s like you’re using your computer in the US or in the UK. This is great if you want to do some shopping on US websites that like to block EU traffic, for instance. Or want to watch content blocked in other countries.

Netflix knows this popular approach, however, and a VPN won’t trick them into thinking you’re in the US. However, if you still have iTunes accounts in the US or the UK, you can connect to Apple TV+ in those countries, and you won’t even have to use a VPN to make it work.

However, where VPNs really shine is using services like Hulu, BBC iPlayer, and HBO Now. You will need accounts based in the US and the UK to originally sign up for them, and pay for them. Once you’re set up, however, just select the right country with your VPN and fire up your streaming service, and you’re good to go.

It’s always nice to have your home comforts and your favourite movies on standby, but if you really want to feel at home in Germany then you’ll need to learn the language. Visit the Lingoda website and sign up for your free 7-day German trial today!