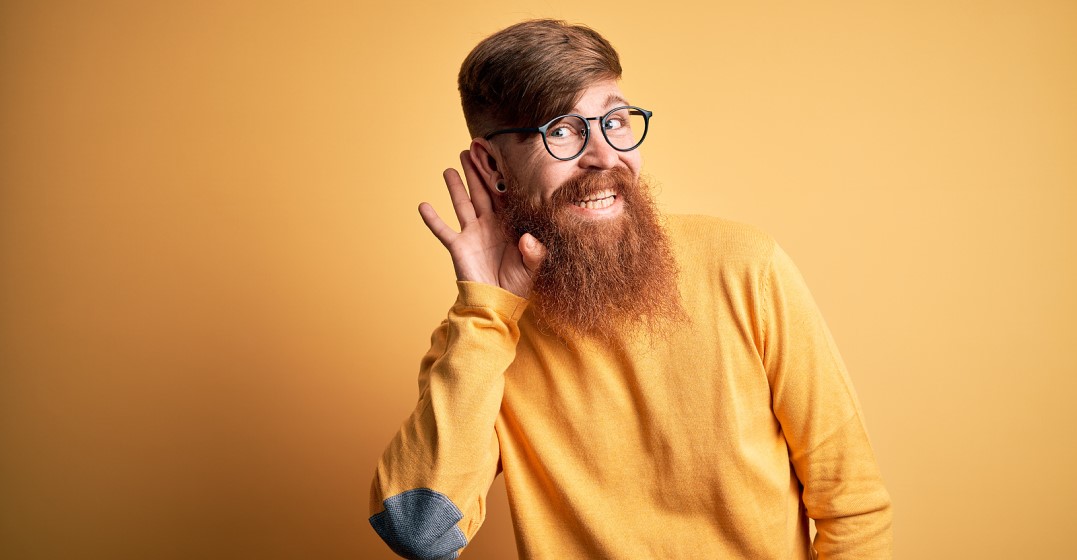 The Irish accent has been voted one of the sexiest accents alive. From Colin Farrell to Ruth Negga to Cillian Murphy and Aisling Bea, Ireland is home to some of the most captivating cadences. An accent that is so often imitated but rarely equalled. Possibly because for many years the Irish accent was thought to just be a Top O’ The Morning Darby O’Gill brogue. In fact the subtly behind this special tone is quite surprising. So, how do you get the perfect Irish accent?

Learning an accent is no mean feat. Not all of us are blessed with ears that can unpick the nuances of a foreign tone. Even some of the greatest actors have butchered our fair brogue. Check out Julia Roberts making a right old meal of it as Kitty Kiernan in historical film, Michael Collins.

Or who could forget Tom Cruise and Nicole Kidman in Far and Away? We wish we could.

Surprisingly enough, the internet is full of Americans teaching you the best tricks for the Irish accent. As a wise soul on said internet has pointed out, it is akin to an Irish person trying to teach you the Winsconsin accent. To really appreciate the beauty of our fair lingo, it’s breath and its ability to change from one corner to the next, you need to find yourself a true local. They say pillow talk is the best way to learn a language. It bears truth for mastering an accent as well.

Of course if you don’t have access to a fine wine that is an Irish person, there is always a host of Irish celebrities to listen to. See point number 3!

Within the numerous dialects, there are also numerous ways of expressing the same thing. That said, our elongating of vowels and shortening of consonants is particular to our lovely accent and can be easily grasped. Here’s a quick video on how to get your vowels and consonants sounding like a real Irish person.

Once you have the pronunciation down pat, then it’s time to pick up colloquialisms.

When asked “How are ya?”, many an Irish will reply with “grand”. This is not an expression of superiority but means great, good, fine, so-so. Can also be used to imply you agree with someone or an arrangement.

“I’ll see you there at three?”

If you suggest something fun to do or regale an Irish person with an interesting story you’ll often be greeted with this one word response – deadly! No, this is not a concern that a poisonous creature is about to attack you. Deadly is an assertion of delight and excitement regarding something fun to do or an impressed response to what’s often a long winded story.

If you can master this and lots more new vocabulary you will be some steps closer to sounding like a native Irish person.

You may be surprised to read that despite the tiny size of our isle, the accents vary widely within the 32 counties of Ireland (including the North). Take Dublin for example. You can hear a completely different accent in one part of the city to the next. Ireland is a melting pot of lyrical timbres and in order to sound authentic and not like a strangled leprechaun caught in a dystopian fairytale, you should tune in and learn your Waterford from your Sligo.

The thing to note is the Irish accent can be as subtle and light as you want but also as hearty and strong as the wilds of the Irish countryside. While we’re not all lucky enough to count an Irish person as a friend, there’s a whole host of Irish celebrities you can learn from. From acclaimed actress and Carlow gal Soairse Ronan to mega star and Antrim man Liam Neeson. From Kerry heart throb Michael Fassbender to Corkonian sports woman and national treasure Sonia O’Sullivan. These native Irish speakers are fantastic examples of the length and breadth of the Irish accent.

And if all else fails …. just enjoy the best of the Irish from one of our most famous exports, The Graham Norton Show.

If you’d like to learn a new language, visit the Lingoda website and sign up for a free 7-day trial with our native speaking teachers. You can choose from English, German, Spanish or French!