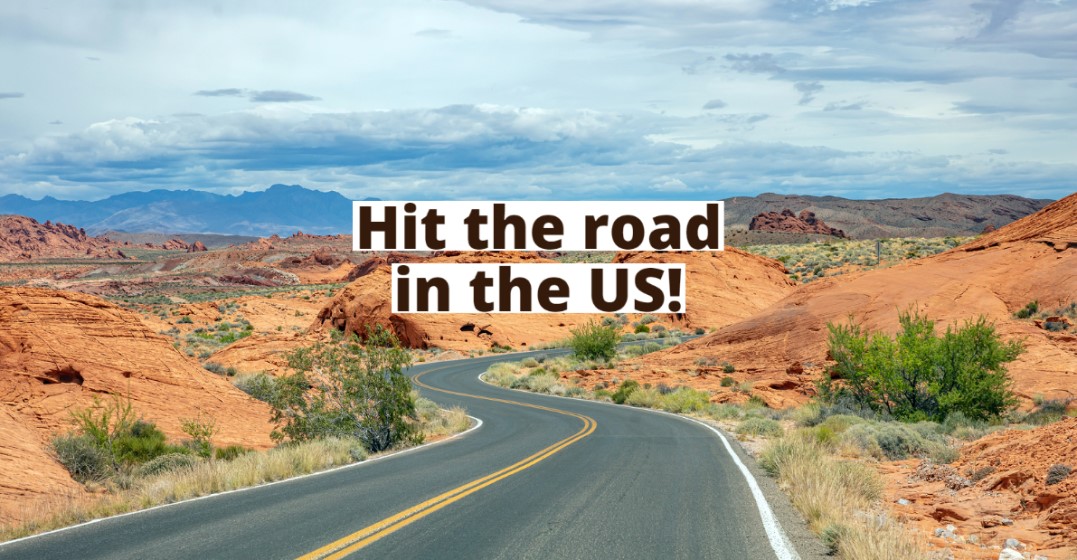 Getting your driver’s licence is a rite of passage in the U.S. Just watch almost any film or TV show with a 16-year-old American teenager for confirmation. For most Americans, driving is both a sign of independence and a necessity. After all, the U.S. is a big country and public transportation isn’t always available for anyone outside of major cities.

If you’re planning to spend some time in the U.S., you might quickly realise that getting around by yourself without a driving licence can be a hassle.

How easy is it to get a driving licence in the U.S.?

Which state are you in?

It may surprise you to know that states can have different laws, which means it’s important to start by checking the rules for the state where you want to get a licence.

If you’re just visiting the U.S. for a short time, you’ll need to have a valid driving licence and get an International Driving Permit (IDP) from your own country before you leave.

If you’re in the U.S. for a much longer period of time for work or school, the process is a bit different. In some cases, if you already have a licence from a certain country, you might be able to exchange your current driving licence for a valid U.S. licence. However, most people will need to go through the usual process of getting a new licence, which starts by getting a learner’s permit.

Getting a learner’s permit

Before getting a licence, you first need to apply for a learner’s permit at the Department of Motor Vehicles (DMV) for the state you wish to drive in. A learner’s permit is a restricted version of a driver’s licence intended for those who are learning to drive.

To get your learner’s permit (often simply called a permit), you’ll need to pass a written test and a vision test. Some states have additional requirements as well. You’ll also need to pay the required fees, which might also be different based on your state.

If you have any trouble, you can always go back and take the test again. Keep in mind that the DMV offers a free book with traffic rules and regulations for your state that you can study beforehand. After you’ve successfully passed the test, many states have a waiting period, especially if you’ve never had a driver’s licence anywhere else before.

Remember that if you only have a learner’s permit, you cannot yet drive a car by yourself. You’ll have to have another licensed driver in the car with you.

You have your permit. You’ve waited the required amount of time. You’re ready for the final step: the road test.

Make sure you’re well-prepared to demonstrate your driving skills, including parallel parking and backing up in a straight line. Once you pass, you should get your new U.S. driving licence right away or receive it in the mail in a few days.

Don’t worry if you don’t pass the test the first time. You can simply reschedule another test and try again.

At Lingoda, we don’t just teach languages but we give insights into culture too! If you’d like to learn more about American culture and you’d like to improve your English skills, visit our website and sign up for your free 7-day trial today!