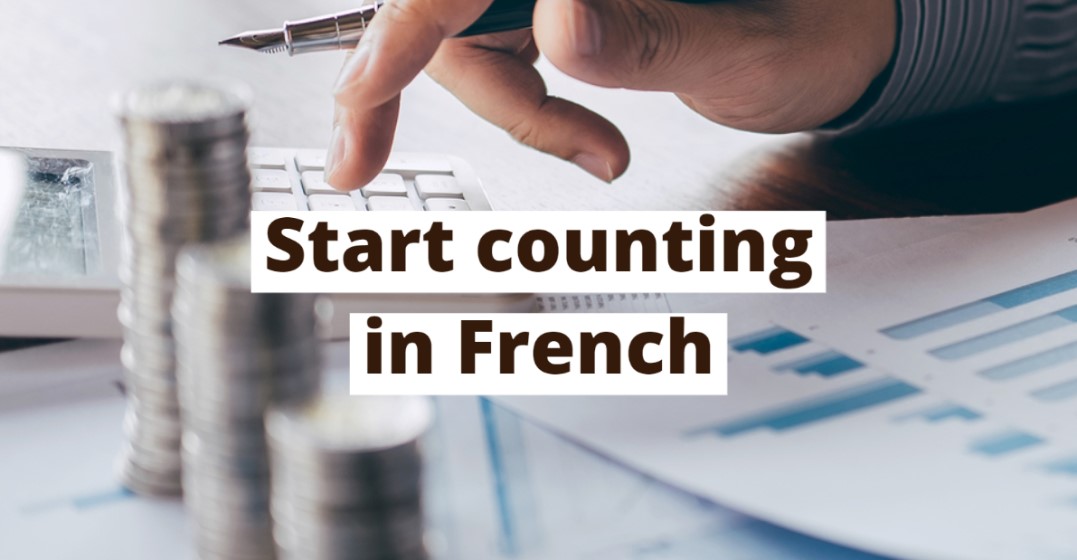 This is one of the things we learn from the very beginning of learning a language: numbers. But in French, it’s not enough to memorise numbers, you must also know how to count and have a very, very open mind! Watch out for a headache… Here we go!

Here is the first step, numbers from 0 to 16 are numbers simply to be memorised as it is, they have a name of their own.

So far so good, right? The only difficulty is pronunciation because many words have final consonants that sometimes are pronounced, and sometimes are not! Go listen to them here to find out for yourself.

Little detail: in French, “chiffres” are numbers from 0 to 9, and “nombres” are everything else.

Now we go to the next level of complexity. When in English, we start composing numbers from 13 (thir+teen , four+teen…), in Spanish it’s from 16 (dieci+seis, dieci+siete…), in French, we start the combination from 17, and we need a hyphen.

Then the tens have their own special name:

And we combine with the name of the unit (always with a hyphen):

The only quirk is when you combine the ten with the number one, you have to add an “and”:

This is the stage where you have to keep a very open mind, are you ready? So we’re going to move on to mathematics now. Instead of saying “septante”, like the Belgians and the Swiss, the French say:

Instead of saying “ninety” (Belgian and Swiss), we say:

But the madness doesn’t stop there! Now we must combine with the units:

Anything else? Look carefully at the word “quatre-vingts”, there is an “s” at the end, and not at the following numbers. The Académie française has again struck with a completely crazy spelling rule to be respected: when the word “vingt” is multiplied, you put an “s”, and when it is followed by another word, you don’t put an “s”…

Finally, as you’ve seen, it takes four different words to pronounce the numbers 97, 98 and 99! Imagine how much time we spend when we give our date of birth!

French numbers: from 100 to infinity!

We’ll finish gently and serenely this time, the hardest part is over. For higher numbers, a good memory and practice will do the trick.

You just have to know that ” cent ” reacts like ” vingt “, and takes an ” s ” when it is not followed by other words.

If it can reassure you, this spelling rule is very little respected or known by the French, who remain very attached to the cheque book and have to manually fill in the amount of their purchases in figures and letters.

Finally, if you don’t have too much of a headache after learning the numbers, I suggest you watch this hilarious video of a Canadian commenting on French numbers up to 100 like a New York taxi.

Improve your French skills today but signing up for a free 7-day trial with Lingoda!