15 German expressions you won’t find in your textbook
by Lingoda Team
August 17, 2020 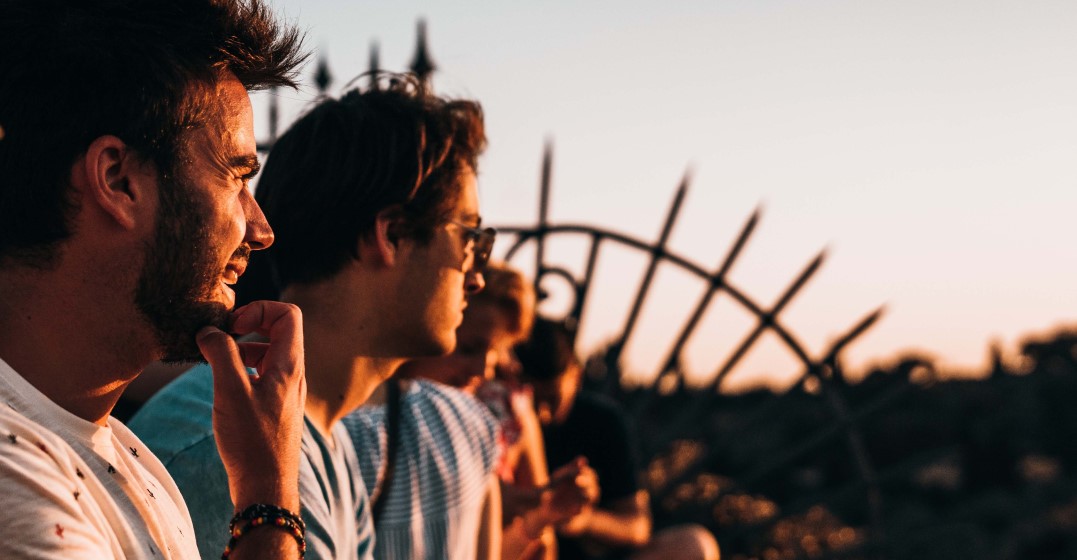 If you are learning German before moving to a German-speaking country, you will realise once getting there that native speakers use a lot of slang and colloquial expressions that you have never heard before. Becoming truly fluent means being able to understand and use them appropriately. It is also the fun part of learning a language!

We have selected 15 slang terms and colloquial expressions among our favourites. Using them will help you perfect your skills as far as everyday speech is concerned and will ensure you do not feel embarrassed if a native speaker uses them when addressing you.

This interjection might be confusing the first time you hear it. It can roughly be translated as “well?” and is mostly being used when greeting someone, albeit very informally. The most difficult part is to figure out what to answer, but here’s our tip: just reply “na?” in return and you should be fine!

This word is also used as a greeting, even though it literally translates to “meal”. It is the short form of a more archaic salutation “Gesegnete Mahlzeit”, which means “blessed mealtime”. In modern German, it is used as a way to greet people during meal times, especially in a work environment during lunch. If somebody says “Mahlzeit!” to you, the correct answer is also to reply with that same word. Alternatively, you may also say “Moin!” in return.

It translates as “Take care”. Therefore, you can use it when saying goodbye to a friend or someone with whom you share an informal relationship. It can also mean “good luck” if directed at someone who has something important coming up, such as a job interview.

This word means “hi” and comes from northern Germany, although it is also used in other parts of the country. This informal greeting can be used at any time of the day. Here again, your best bet is to answer “Moin”, or “Moin moin”. Its southern equivalent is “Servus!”, which comes from Bavaria.

As you might already have guessed, “Jein” means both “Ja” and “Nein”. For example, if somebody asks whether you’ve ever been to Germany, you could answer “Jein – I went to Berlin with my parents when I was 6 but I don’t really remember it.” Basically, one could say that “Jein” means something like “Yes, but”.

It means “get lost!” but can be used in a number of situations. If someone is bothering you on the street, for example, you could tell them “Hau ab!” to make them go away. However, you could also use this expression as a way of saying goodbye when a (close) friend is about to leave. Similarly, you can say “Ich hau’ mal ab” when leaving after meeting up with a group of friends.

This is the direct translation of “What’s up”. Thus, you will be facing the same challenges as in English when trying to figure out what a correct answer is. You could either answer “Nicht viel. Was geht bei dir?” (“Not much – you?”), “Einiges! Was geht bei dir?” (“Quite a lot – you?”) or you could simply say “Hey!”. Note that this expression is very informal and should only be used among young people.

This expression can be translated to “being up for something” or “fancying something”. It is also pretty colloquial and shouldn’t be used in a professional environment! The negative form is also useful, namely “keinen Bock haben” or “null Bock haben”.

“Kater” literally means male cat, but this expression is what you would say when you wake up with a headache and an upset stomach after having too many drinks the night before. Originally, however, that poor cat had nothing to do with being hungover! The expression comes from “einen Katarrh haben”, “Katarrh” meaning “catarrh” (“catarrhal inflammation” or respiratory infection). This was used as a euphemism for being hungover and people progressively started saying “Kater” because they misunderstood the original version.

This is a slang term for “money”. For example, if a friend suggests you two go shopping but you happen to be pretty broke, you could answer “Ich hab’ leider keine Kohle” (“Unfortunately, I have no money”).

This word means either “stupid” or “crazy” and can be used to describe either somebody or a situation. If one of your friends says something silly, you could tell them “Bist du bescheuert?!”. Similarly, if you find out your favorite shop isn’t open on Saturdays, you could say “Das ist doch bescheuert” out of frustration.

This expression was chosen as the “youth word of the year” in 2014. It means “things are going well for you” and you can use it to react to somebodysharing good news with you, such as the fact they just got a new job. Note that you can also use it in a sarcastic way. It is basically the German equivalent to “good for you”.

This is equivalent to “dude” and is used to get somebody’s attention – provided both parties are good friends! “Alter” is the original form but it is sometimes pronounced “Alta” or even “Alda”, and it has its origins in the hip hop world.

“Ich bin dicht” is something you might say the night before waking up with a “Kater”. It means being drunk, although it is also sometimes used to say someone is high or very tired. The literal meaning of this adjective, by the way, is tight, close or thick.

In this one minute lesson, Franzi goes through some basic expressions Germans use in everyday conversation!