How the French language plans to retake control

The sixth most spoken language in the world is gearing up for a comeback. With President Macron’s plan to take back the EU, Africa and the children of the world, a fierce fight might ensue between the English language and the underdog, French. Our tri-lingual languages expert, Marvin Zornig reflects on the the plan for French domination, and his own school days…

France: That place where Paris is

Not even kidding, that’s how people from Paris would describe France if you asked them. But apart from the city of love, France has much more to offer. Like “fromage” and “baguette”. Okay, let’s cool it with the stereotypes for a second and focus on what we want to discuss here today: French language.

As we all know, French is heavily based on Latin, just like Spanish and Italian. But, surprisingly, French has left its mark on the English language as well. Although a predominantly Germanic language, English has borrowed a lot from French from the Norman invasion in 1066. Some even go as far as to say that French and Latin make up the largest portion of the English core vocabulary, making it a German-Latin hybrid. 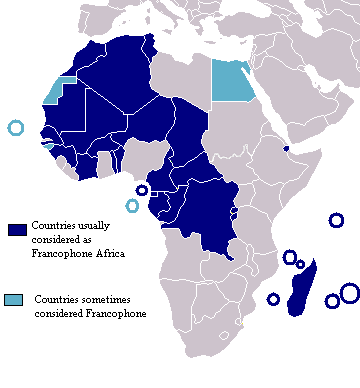 Considering France’s history, it’s not surprising that a lot of places still have French as a main language. Macron wants to extend that and overtake English

Macron’s plan for the French language

So that’s close to 1,000 years of the expansion of the French language, with French President Macron now announcing a plan for French to regain its global dominance. Hundreds of millions of Euros are supposed to go towards overtaking English as the dominant European language, as well as making French the number one language in Africa, and doubling the amount of students in French schools around the world.

It’s hardly surprising. France has always had a very peculiar relationship with its language. The adoration of French by French people is, in my opinion, unequaled. I mean, it’s one thing to pass a law that requires “the use of French in official government publications, in all advertisements, in all workplaces, in commercial contracts, in some other commercial communication contexts, in all government-financed schools, and some other contexts.” But a quota on how many French songs need to be played in the radio (35%)? If we did that in Germany I think we might as well just throw out all the radios.

I went to French school in Germany myself, so I know first-hand how important French is to the French. France spends millions every year financing schools abroad, and now with Macrons plan, they will extend that even further. But why? Macron wouldn’t spend hundreds of millions just to preserve the French language. And it would be futile. As we have seen before, language evolves. The French spoken by the founding fathers of the French Republic is very different than that used by Macron at his address at the Académie Francaise. And it will be very different in the future. No laws are going to change that. 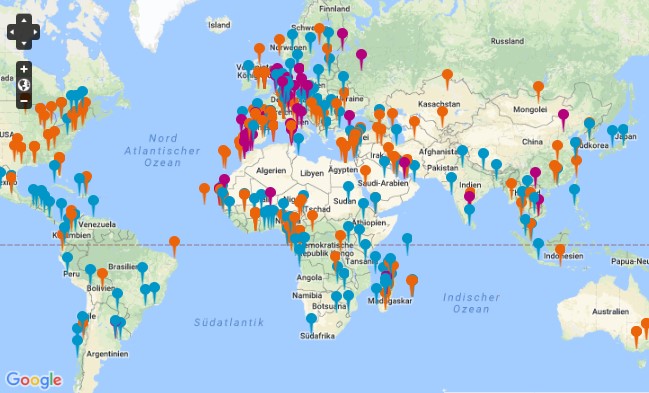 Map of all the French schools in the world. 500 schools in 135 countries

Why all this fuss?

But the value of having people speak your language stems from economics. The French school that I went to in Germany was full of kids whose parents were military personal or working for Airbus. Often they were in Germany for just a few years and then moved to the next country. Most of these kids would not return to France unless they decided so as adults.

And that is the point. If you give parents the option to put their kids into French school, while learning German from living in Germany, why wouldn’t they? It means that those kids can easily go and live in France when they grow up. If that was not an option, a lot of those kids would not only lack the fluency of their French parents, but they would also not have the same rapport with France itself.

The same thing goes for those non-French parents that just wanted their kids to grow up bi-lingual. It opens the door to France and other French speaking countries further down the line. By extension this argument is also valid for African nations and the suits at the EU. Their relationship to France is a different one if they speak the language.

Although it is highly unlikely that Macron will manage to wrestle back control of the EU or Africa from the English language, the attempt at expanding the French school system abroad might prove more fruitful. For the sake of the children, I hope he fails. Although it is amazing to be tri—lingual, I would not want any kid to go through the hell of having to stay in class until 4 every day, while all the other kids who go to regional (“normal”) schools get off at 12:30. I still have nightmares …

A guide to direct object pronouns in French