Common Mistakes Foreigners Make in Germany
by Adriana Stein
May 02, 2020 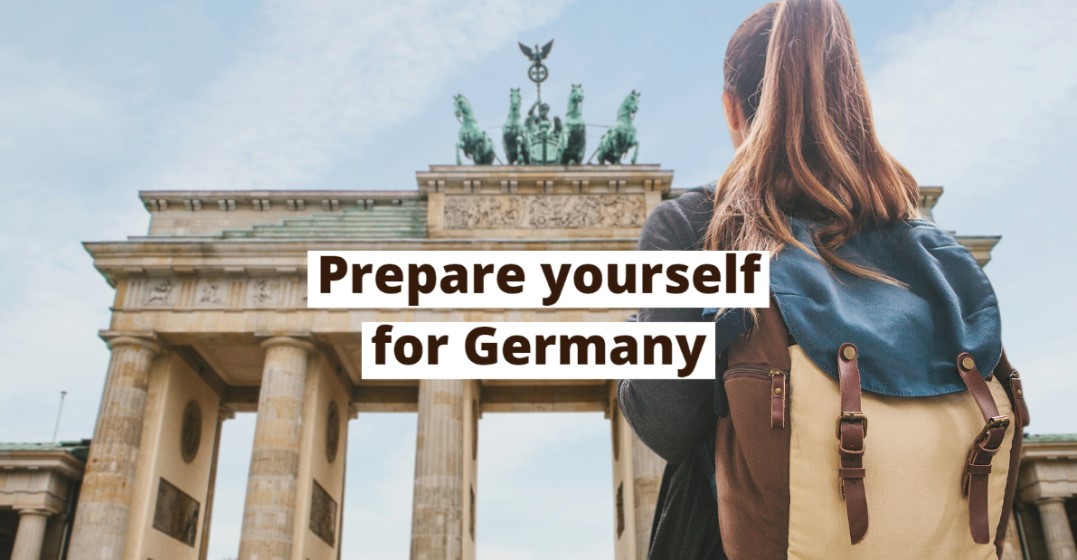 Moving to Hamburg from the US four years ago was one of the best decisions Adriana ever made. Even though she visited Hamburg before she moved there, she didn’t expect how many differences there would be throughout daily life. So, if you’re planning to move to Germany or visit as a tourist, always stock up on cash, stay out of the bike lane when walking, and prepare for regular delays on public transportation. She goes through her top tips so you don’t make some of the same mistakes!

1. The importance of scheduling appointments

German culture heavily prioritises organisation for both work and business. The concept of “walk in services” doesn’t really exist here. You absolutely need an appointment for everything – and that also well in advance. Meeting with friends is also considered an “appointment” (in German “Termin”) and my German friends even schedule our phone calls. It’s also polite to let someone know you’ll be running late in Germany, even just by 5 minutes, because waiting on someone without good reason means that their time isn’t being respected. On that note of the importance of appointments, the secretaries for the majority of businesses and offices don’t speak English, so it’s a good idea to learn some German to make official appointments (such as the doctor or foreigner’s office).

2. Assuming you can pay by credit card

Not only can you not pay by credit card in Germany, you also often can only pay with cash, especially in kiosks and restaurants. While many countries are trying to become cashless, Germany is quite the opposite, with cash remaining as the most popular payment method. Furthermore, for businesses that do accept cards, it’s typically on a German EC card (debit card), so if you try to pay with a foreign one, it probably won’t work. Because ATM fees can be quite high, stock up on cash either before you come as a tourist, or if you’re moving here, get a German bank account.

3. Expecting cafes to have wifi and restrooms

Surprisingly, the majority of cafes in Germany have neither restrooms nor Wifi. Some of the larger ones might if you’re lucky, but usually not, so it’s a good idea to use the restroom while you have the chance at a restaurant. Furthermore, public toilets often cost money, even if you’re a paying customer (such as in a mall), so be sure to keep 50 cent pieces on hand to use the entrance machine.

When it comes to Wifi, businesses are responsible for what users do on public Wifi networks, so cafes tend to avoid this issue by not even offering it. Although Germany has been slowly developing Wifi access on public transportation, the connection is still quite spotty. If you plan to visit or live in Germany in the future, it’s a good idea to purchase some mobile data such as with a Vodafone pay as you go package.

4. Taking too long to order at a bakery

As an American, this one took some getting used to. When we go to a bakery or cafe, we often linger around and look over everything before deciding what to buy, and even ask a few questions. But if you do this in Germany, not only do the staff get annoyed with you, so do the other customers. Bakery culture in Germany is not typically a place where things move slowly and you can hang out all day. Instead, it’s a place where you grab a quick bite to eat and be on your way. There is a trick I’ve learned to make people less angry though, because the American in me still wants to look over everything before I order. I stand back from the counter so I am not within speaking distance from the staff and I don’t stand in any line until I know exactly what I want.

5. Expecting public transportation to always be on time

This one was quite the shocker, because Germans are supposed to be super efficient, right? But actually public transportation is pretty much constantly delayed. My first time coming to Hamburg from Amsterdam, my train was completely cancelled near the German border and I ended up searching for 5 hours to find a replacement. Within the cities there are similar problems. It’s a 50/50 chance if the next bus is really coming. I definitely can’t complain about how many connections there are though. You can get to most places by public transport no problem, but do be prepared to wait for delays.

6. Not taking the tax regulations seriously

If you plan on living in Germany, this one is extremely important. I’ve been freelancing for four years and the first thing I recommend to anyone doing so is to get a tax advisor, because the tax regulations in Germany are extremely complicated, and when you make mistakes, you can end up in serious trouble. Even for employees from foreign countries it’s a good idea to have a tax advisor to ensure that you manage everything properly in both countries. German taxes are no joke.

7. Going shopping on a Sunday

This one often surprises any newcomers and tourists in Germany. Nearly all shops are closed on Sundays and they also have reduced hours on Saturdays, so it’s a good idea to get shopping done before the weekend. Saturday shopping often means a very hectic and crowded adventure, so I tend to go during the week instead. This is also important to note during public holidays, because everything is closed then too. Especially on holidays like Easter, Germans shop like mad on Wednesday and Thursday before the long weekend on Friday begins, so plan your food well in advance and go early! However, in case you do have an emergency, shops at Hauptbahnhof (central station) and the airport are often still open on Sundays and holidays.

8. Walking in the bike lanes

When my aunt and uncle first came to visit me in Hamburg, they kept forgetting that they shouldn’t be walking in the bike lane. After I quickly shoved them a few times from close encounters with angry bikers, I eventually had to start leading them on where to walk, which was quite hilarious for us. But this is a very important rule to keep in mind, because bikers don’t slow down for pedestrians in bike lanes. So, stay safe and keep out of the bike lane!

Get prepared for Germany

One of the best ways to settled into a new place is to know the language. Sign up for your free 7-day trial with Lingoda and learn German from qualified, native speaking teachers.