What is the average cost of living in Germany? 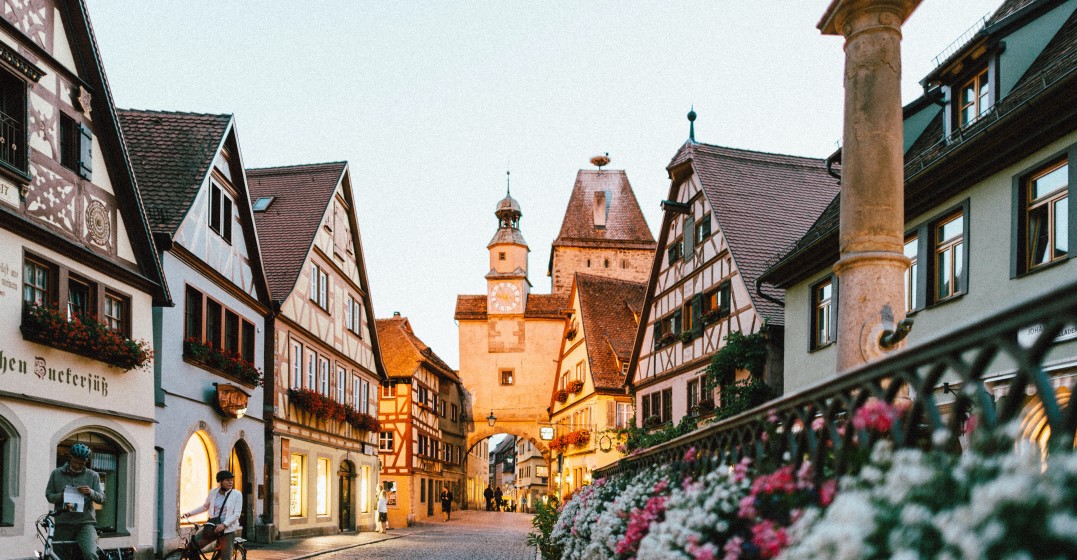 Whenever the subject of moving abroad comes up, people ask about average costs of living. It makes sense, you want to know if you can afford to live in that country. However, it’s a hard question to answer, particularly in a country as big as Germany with prices varying so much from city to countryside. Let’s dig deeper.

How do you calculate the cost of living in Germany?

There are some basic costs that are included in any calculation of cost of living:

Not all of these costs may apply to your situation, for example if you are single with no children, the cost of education and childcare may seem irrelevant to you. However, speaking as someone who started a family abroad, it’s worth noting that situations can change over time!

Choosing to live in the city or the countryside

A countrywide cost of living index for Germany, while useful in a general sense, can be a bit misleading. Cities like Frankfurt and Munich, with a high proportion of people working in high-income industries, have a relatively high cost of living. For a large city, Berlin has traditionally had a low cost of living, although that is rapidly changing. Smaller cities and towns will be, on average, less expensive to live in. This is all relative of course – Heidelberg is a small city, but it has an important university, and head offices for large international companies like SAP and BASF are nearby, which drives the property prices up.

Living in the West and East

You can’t read very much about Germany before running into the differing situations between the former West and East Germanies. While the situation is changing, there are fewer larger companies headquartered in the former East, and on average the cost of living is lower in cities like Görlitz, Dresden, and Halle. Correspondingly, there are fewer jobs. So while you might be able to afford a big house, finding a job to match may be a real challenge.

Yes, but what is the average cost of living in Germany?

At a minimum, you would need €1,200 a month to live in Germany, on average, for a single person. This is assuming you find a room in a shared flat, and don’t go out a lot. In a more expensive city and living in your own place with a partner, the cost goes up to about €2,000-€2,500. If you’re student, you can get by on just under €1,000 due to special rates for transit passes, utilities, and more.

Rent will be the biggest cost

Looking at rental prices across different places in Germany will help you make decisions about where you can afford to live, as your rent will be by far your biggest monthly outgoing. According to Die Zeit in 2019, rents in Munich are about €17.51 per square metre, but Berlin will only cost you €10.50 per square metre (if you can find it, of course, it’s notoriously difficult to find a decent flat in the capital). The logical solution would be to live just outside the city, in German this is called the ‘Speckgürtel’, literally the Bacon Belt. However, these outlying towns are also seeing their rents going up, and in some cases you have to factor in higher train prices for commuting in from further away. Some of the cheapest rents per square metre are to be found in the eastern cities of Elsterberg, Seifhennersdorf, and Großschönau-Hainewalde in Saxony.

Where does Germany fit in with the rest of Europe?

Germany is, on average, a quite affordable place to live compared to other countries in western Europe. According to Eurostat, housing in Germany is only 11% higher than the EU average, compared to Switzerland’s 73.9% and Norway’s 48%. Food is cheaper than in France, the Netherlands, or the UK, and clothing is cheaper as well.

Doing your research ahead of time helps when you’re moving to Germany, but getting a headstart on your language skills will give be your best bet to a smooth transition.

If you’re thinking of moving to Germany, learn the language before. It will make you transition into the country much easier. Visit the Lingoda website and claim your free 7-day trial with our native speaking German teachers today.