Planning on moving to Spain? With sunny skies, beautiful beaches, and friendly people, it’s an easy decision to make! Plus, it’s a fantastic opportunity to learn Spanish quickly and become fluent like a native speaker. Adriana lived in a small village called Zamora during a study abroad programme in university and she had an absolute blast! So, here are her tips to help make your moving process a bit easier.

Top Tips for preparing to move to Spain

Anywhere that you plan to live for the long term also has to match with you as a person – and in Spain there are massive differences between the different regions that have different particulars to consider. So, it’s a good idea to understand those differences to see where you might fit and also learn about that particular regional culture. Regions like Basque and Catalonia have their own languages and are fiercely independent from Spain as a country. In cities like Barcelona, Spanish is commonly spoken, but more often than not you’ll hear Castilian Spanish (it’s not a Spanish dialect as many would believe).

Furthermore, there are also major differences in the scenery and climate between northern and southern Spain. Most of us are familiar with the idea of lavish Spanish beaches, but those are mostly on the southern coastline. The further north you go, the cooler the climate gets. In these regions you’ll find dense forests and mountains. My personal recommendation is to visit a few different locations in Spain before you move there to get a feel for how daily life would be. I can say from personal experience that daily life in Madrid and daily life in Gijon, Asturias are nearly like different countries.

I mentioned above that some regions in Spanish have different regional languages, so you’ll need to learn that in addition to Spanish. However, if learning two languages at once sounds overwhelming (understandably so), start with learning Spanish, because the majority of Spaniards speak it, as well as many other countries across the globe.

It’s also important to mention that the Spanish education system is still developing foreign language learning processes, so many Spaniards don’t speak English. I’d recommend learning Spanish online before moving to Spain, so you aren’t totally helpless when you arrive.

Bulk up your savings

Anyone planning to move abroad should consider putting some savings away for the move. In addition to any required visa documents, you’ll also need to consider moving fees, a deposit for accommodation, as well as general back up funds for if you don’t find work straight away. This topic is particularly relevant if you move to Barcelona, because the cost of living there is quite high. Generally speaking, the costs of living in Spain are cheaper than other western European countries, but it’s still a good idea to have the financial means to get settled there.

Furthermore, if you plan to stay in Spain for a longer term, you need to prove you have enough savings to cover that time. If you stay more than 10 days (and require a visa to enter Spain), the requirement per day is 64,86€.

If you’re an EU citizen, you don’t need a visa to move to Spain, because it’s a part of the Schengen Area (a group of European countries that allow free travel without a visa). But if you’re not an EU citizen, you are either entitled to either a 90 day tourist visa in Spain or you may need a visa to enter Spain even as a tourist depending on your nationality. Take a look here for the different requirements based on nationality. There are also particular requirements for different types of visas and health insurance, so you’ll want to get an idea of what you need to apply for before you move. I also suggest contacting your local Spanish embassy to start the process or learn more about which documents are required.

Prepare all the necessary important documents

If you don’t have to apply for your visa before moving to Spain, you should still prepare all the necessary documents before moving. This can include an updated passport, your original birth certificate, adequate Spanish travel insurance, and any other important identification documents. For example, if you’re American, it’s a good idea to bring your social security card with you. If you plan to apply for jobs, I would also recommend bringing your original degree certificates as those may be required for the visa and job applications.

Prep your mindset for cultural differences

Something to always take into consideration when moving abroad is cultural differences. Learning Spanish will absolutely make cultural differences easier, because you can learn how to communicate with people on a daily basis and ask for help. Understanding things like jokes and slang will also make finding friends less stressful. And most importantly, knowing Spanish will also make bureaucratic processes easier. In the end, we move to a new country to learn something new, so be open to Spanish culture and don’t be afraid to make changes while you’re there. Take life a bit more slowly, eat lots of tapas, and never forget your siesta! The earlier on that you keep this as your mindset, the more enjoyable living abroad will be!

Prepare for your move by learning Spanish! Visit the Lingoda website and take advantage of your free 7-day trial with our qualified, native speaking Spanish teachers.
Start now
About The Author

How to Survive Your First Week in a New Country 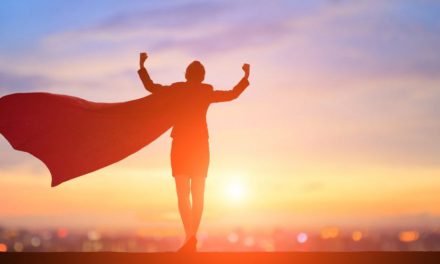