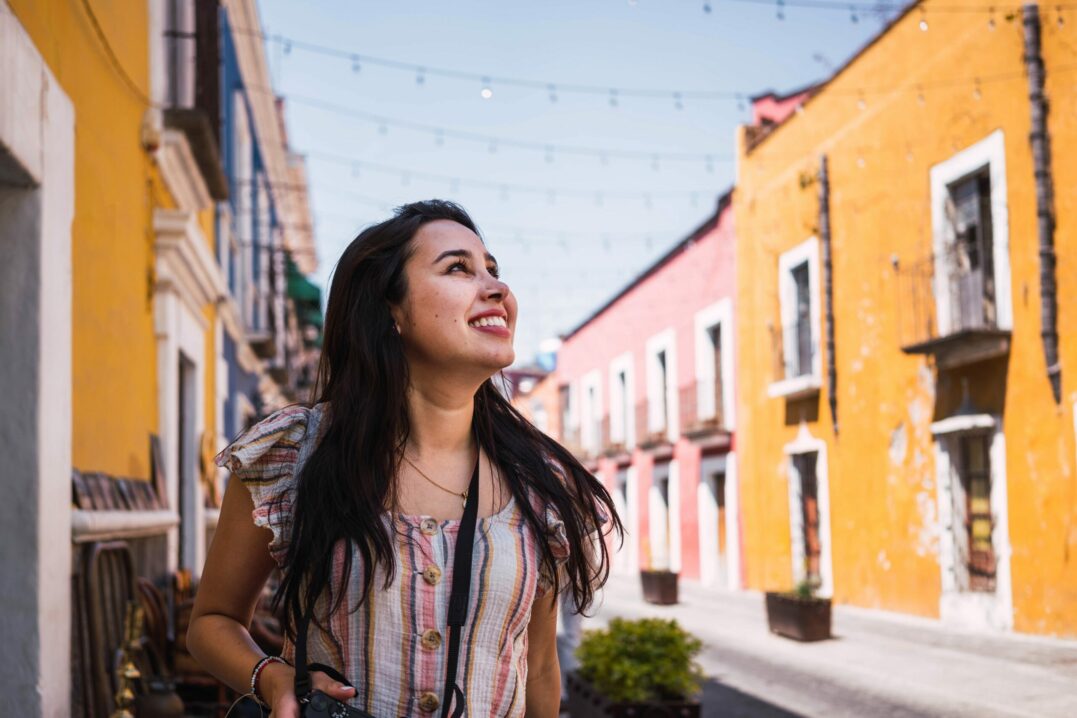 Spain colonized much of current-day Latin America. Over centuries, Spanish across the Americas has changed, evolved, and incorporated local influences. Meanwhile, Spain’s version of Castilian Spanish changed to incorporate new foods, ways of cooking, and culture. Let’s explore the many differences in Spanish in Spain vs. Mexico.

Is Spanish in Spain the same as Mexican Spanish?

If you’re watching hit Netflix shows in Spanish, like House of Cards or Elite, the first thing you may notice is the accent. The most important pronunciation difference between Spain and Mexico is the pronunciation of ceceo, /the-theo/. It might sound like a lisp. In Spain only, the Ci, Ce and Z are pronounced as a breathy /th/.

In Mexico, there is no distinction between the Ci, Ce, Z, and S sounds. They all sound like s /s/. This is known as the seseo /se-seo/.

In both Spain and Mexico, the words with Ca, Co, Cu will still be pronounced as a /k/

Notice how with conocer one word contains both sounds in Spain. Both accents and pronunciation are correct. It’s up to you to decide which one you prefer and stick to it.

It’s a bit easier to learn Mexican Spanish in this way, because you don’t have to memorize another conjugation form. “Vosotros” is never used in Mexico or Latin America. Although you can live a long and happy life in Spanish without ever using “vosotros”, it’s important to recognize when it’s used.

Spanish vs. Mexican words and vocabulary

The biggest difference between Spanish in Spain and Mexican Spanish is words and vocabulary. Everyday objects, especially food items, can have completely different words in Spain vs. Mexico. Slang also differs a lot.

The list goes on, but as a traveler or learner of Spanish, there’s no need to worry. Most native speakers will understand both words from exposure to international media entertainment.

If you are learning Spanish, it’s best to choose what accent and vocabulary you will use based on your needs. If you’re staying or traveling in Latin America, learn Mexican Spanish. The accent will sound standard and there’s no need for “vosotros”. But if you’re moving to Spain, work on that ceceo because ¡está mola!

Lingoda can help you on your Spanish language journey with native speakers from across Latin America and Spain. Register for a free 7-day trial today!