A short history of “bad words”

Monkeys and apes are great. They look like super-hairy, somewhat crazy people. Yet, they do have much more in common with us than we might perceive. Since the 1960’s, we have discovered  that swearing is where we share common ground.

Washoe was the first chimpanzee who was taught sign language. That in itself is pretty impressive. But this would be a very short story if we stopped here.

After Roger Fouts, then a research assistant, started teaching Washoe to potty-train, he discovered something unexpected. The chimp started to understand that feces were something bad, something “dirty” that belonged in the toilet.

That’s how the first swearing monkey was born.  From then on, everything that was bothering her was “dirty”. “Dirty Roger”, when he wouldn’t open her cage, or “dirty food” whenever she was served apples, which she hated.

So we have managed to teach an ape how to swear. Impressive although not exactly humanity’s greatest accomplishment. So what did this poop-mouthed chimp teach us about humans? Quite a lot actually.

So many use cases, so much stigma

The example of Washoe illustrates the evolution of swearing in humans quite nicely. Instead of throwing actual feces at each other, we give each other shit. Figuratively. The purpose of swearing is not the transfer of information, but of emotional meaning. It is often more convenient, intuitive and effective than describing one’s own emotions. But it can also be conversational.  Neither polite nor impolite, but to emphasize a point.

We now have an idea of why we swear. But there is an array of research done on the effects of swearing on the brain, and what kind of people tend to swear most. Most recently, the University of Rochester released a study with 1,000 participants and discovered a strong link between intelligence and swearing (and eating spicy food and walking around the house naked, among other things). Swearing was also associated with better rhetorical abilities and as a form of basic pain relief. 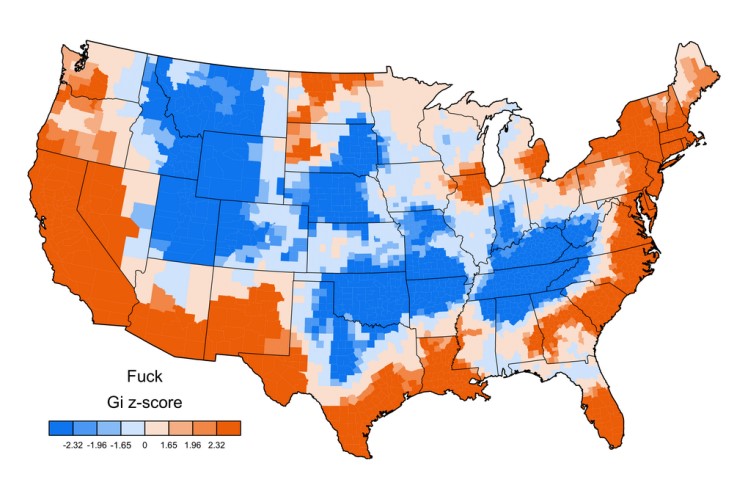 This map shows the swearing preferences for the word “fuck” in the US. It goes from rare (blue) to frequent (red). This was based on research by Jack Grieve from Aston University, UK.*

Swearing: we could at least try

Swearing varies hugely across cultures because it depends on the social setting. On TV in the United States, swearing is considered more offensive than excessive violence, while other countries protect their children from the depiction of violence first.

Around the word, genitals and sexual intercourse seem to be the most inspiring source of swear words across the board, as are female family members.

Swearing ranges from the wrong use of the word “you” in Japan, to the worst swear word, at least in the English language. Like in general culture, some swear words might make one person’s blood boil, while another barely notices.

What we know so far: swearing mitigates pain, helps express emotions and emphasizes a point. It is now a known hallmark of intellect and is even shown to increase productivity in the workplace through building stronger teams. “Research shows that swearing can help build teams,” Byrne wrote. “From the factory floor to the operating room, scientists have shown that teams who share a vulgar lexicon tend to work more effectively together, feel closer, and be more productive than those who don’t.”

There seem to be a lot of upsides, for no actual downsides when swearing. It’s just one of those things where irrational behavior and tradition keep humanity on track once again. So I would say: Fuck it! Let’s go for it.

P.S. If you lack inspiration, here is the periodic table of British swearing.

*Mapping the United Swears of America 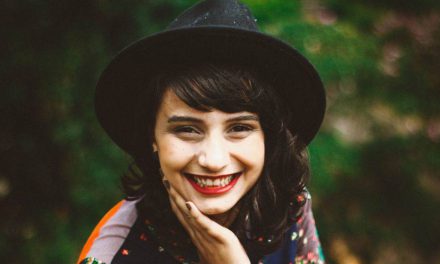