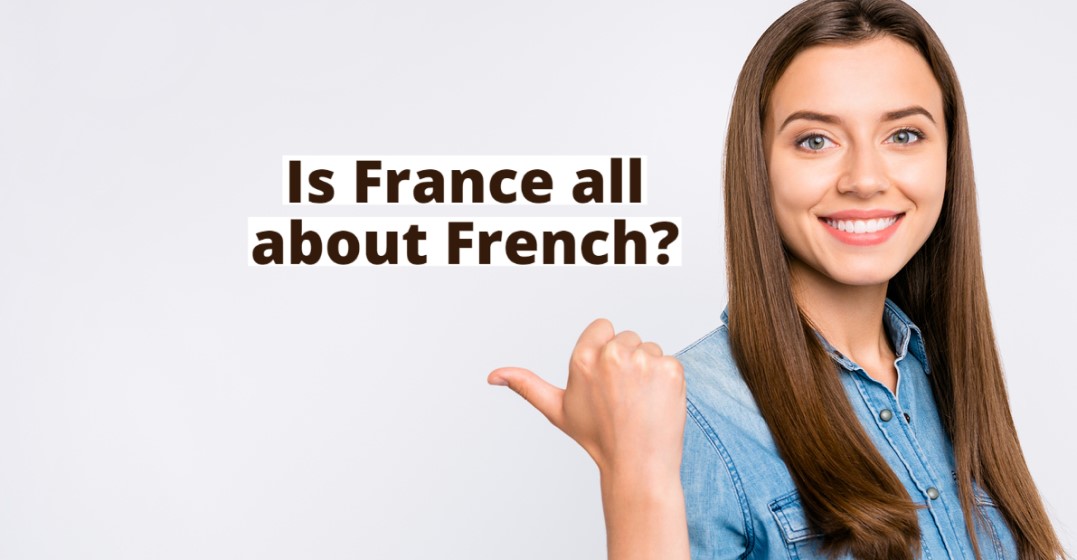 If you’re hoping to travel to France one day, you’d better brush up on your French, right? Bien sûr—of course! As the only official language of France, it’s helpful for visitors to feel comfortable speaking French. But what about France’s other languages?

Do people only speak French in France?

Like most French learners, you probably don’t think about languages besides French when you think of France. However, France has a number of regional languages and immigrant communities who speak other languages.

Though local indigenous languages have long been pushed out, you’ll still hear many of them spoken across various regions in France. Along France’s border with Spain, you might come across Catalan or you might hear a bit of Breton spoken in northern France.

Some communities are even working to revitalise these local languages and dialects. For instance, in the French region of Corsica, there is a push to make Corsican a co-official language.

The most widely spoken regional language in France is Occitan, also known as “langue d’oc”. It’s spoken in the southern region of the country and can also be found in Italy and Spain.

If you’re travelling to the Alsace region of France bordering Switzerland and Germany, you might come across the country’s second most widely spoken regional language: Alsatian. It also has a number of different dialects and is mostly spoken by older generations.

In addition to France’s many regional languages, there are a number of immigrant communities in France, especially in Paris.

France currently has a significant number of Arabic-speaking immigrants from North Africa, making Arabic the most widely spoken minority language in France.

If you’ve ever studied Arabic, you probably know that it has a few distinct dialects. In France, you’ll most likely find Maghrebi Arabic being spoken as many Arabic-speaking immigrants come from Algeria, Morocco, and Tunisia.

Other languages in France

France’s Alsace region borders Germany and Switzerland. Naturally, if you spend some time there, you’re more likely to hear a bit of German. In the city of Strasbourg, you’ll even find some street signs with both French and German names.

How far will speaking English get you in France?

In some places, like Paris, you might be able to get by, especially in tourist-heavy areas. However, if you approach someone without at least trying to speak French, you’ll easily come across as rude.

Many French people also learn some English in school. So, if it seems like you’re struggling to speak French, they’re often willing to try speaking English with you.

In southern France, you might also come across a bit of Italian in the French Alps as well as Spanish near bordering Spain. So, if you’re comfortable speaking either of these, it may come in handy on a trip to Southern France.

Did any of these languages surprise you?

Keep in mind that the French will always appreciate it if you speak to them in French first. However, if you find yourself in an area where another language is widely spoken, you could end up speaking something other than French.

Practise your French before your next visit to France with our native speaking teachers! Sign up for your free 7-day trial today!