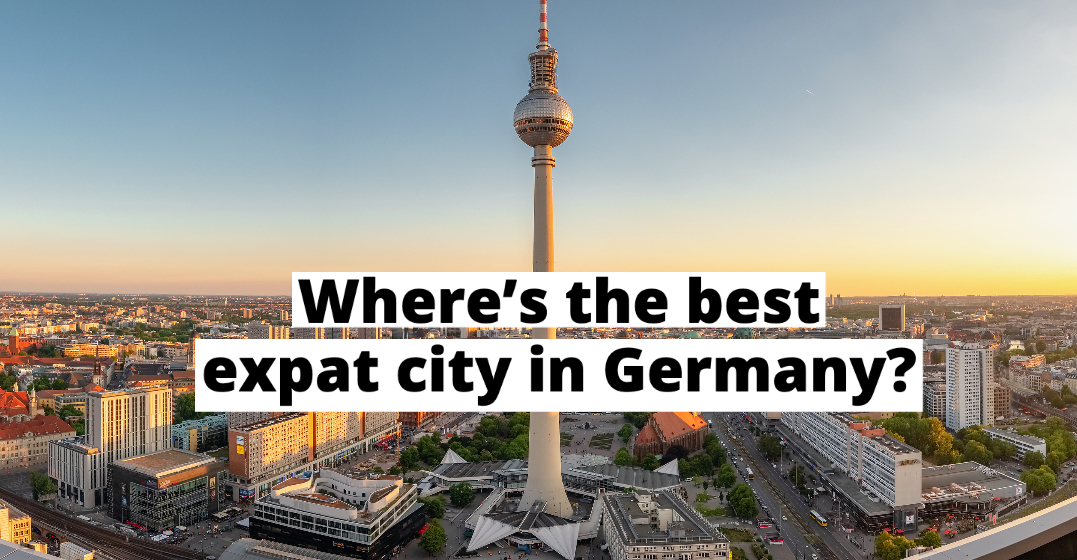 Germany is one of the best countries in Europe to live in. With a healthy economy, beautiful cities, an excellent work life balance, great public transport, a working social and health care system and within driving distance to many other countries in Europe, it’s not surprising that many non-Germans choose to live here. Whether you’re considering moving there yourself and just curious to know where expats are living in Germany, we have compiled a list for you.

Firstly, what is the definition of expat?

An expat is someone who lives in a country other than their native country. This group of people  are usually professionals, skilled workers or artists. As opposed to someone who is seeking asylum or political refuge. An expat can also refer to someone who has been sent abroad by their employer to live and work in that country. Or someone who wants to retire in another country, sometimes places like France or Spain because of their good weather.

Where do most expats live in Germany?

Germany has a population of 83.7 million people. So you can imagine then that there are lots of places to live. The ten biggest cities are Berlin, Munich, Dusseldorf, Hamburg, Stuttgart, Frankfurt, Cologne, Bonn, Essen and Dortmund. Although it is predominantly in these big cities that most expats are living, they are living in some smaller cities too.

Although Heidelberg has only approximately 150,000 residents, it is a university town. So it attracts a lot of German and international students. Heidelberg was also part of the American area of Germany after World War II. Up until recently, the US military had several bases there, which meant a lot of US expats lived in Heidelberg. Although no longer situated there, you are still likely to find a lot of international people living in Heidelberg.

And there are many US expats and army personnel living on army bases around Germany, in particular in places such as Stuttgart, Trier, Ansbach.

Berlin is, of course, the number one place to find expats in Germany. For many, many years, Berlin has been home to international artists. But in recent years, the development of the tech industry has seen a growing number of expats move there. The fact that English is widely spoken around the city, makes it a very attractive place to live, if you haven’t yet mastered the German language.

With 1.7 million living in Hamburg, it is the second largest city in Germany and home to many expats. Situated on the River Elbe and located in the north of Germany, Hamburg is a major port city and so it brings in lots of international trade. As a result it has become quite a multicultural city and a welcome place for many expats to live in.

Located further south in Bavaria, Munich is famous for its beer festival, Oktoberfest. But it is also home to many expats. Known for having the strongest economy and the lowest unemployment rate in Germany, it is no surprise that expats are choosing to migrate there. Munich also has strong manufacturing, finance and media industries, which in turn has attracted a lot of international companies there.

In recent years Frankfurt has become home to a large community of expats. In fact, a quarter of the population are expats. While the city of Frankfurt has approximately 700,000 people living there, the wider surrounding area including the neighbouring city of Offenbach am Main and its urban area has a population of 2.3 million.

Frankfurt is considered a global hub for education, culture, commerce and tourism. It is also considered the financial centre of Europe, and so it has become the place for many European and global companies to base their headquarters. With a strong tradition to nurture theatre, the arts and music, it is not surprising that many expats are choosing to live in the financially stable Frankfurt over places like Berlin.

Before moving to Germany, get to grips with the language! Sign up for your free 7-day trial with Lingoda and you will start speaking German from the very first lesson!