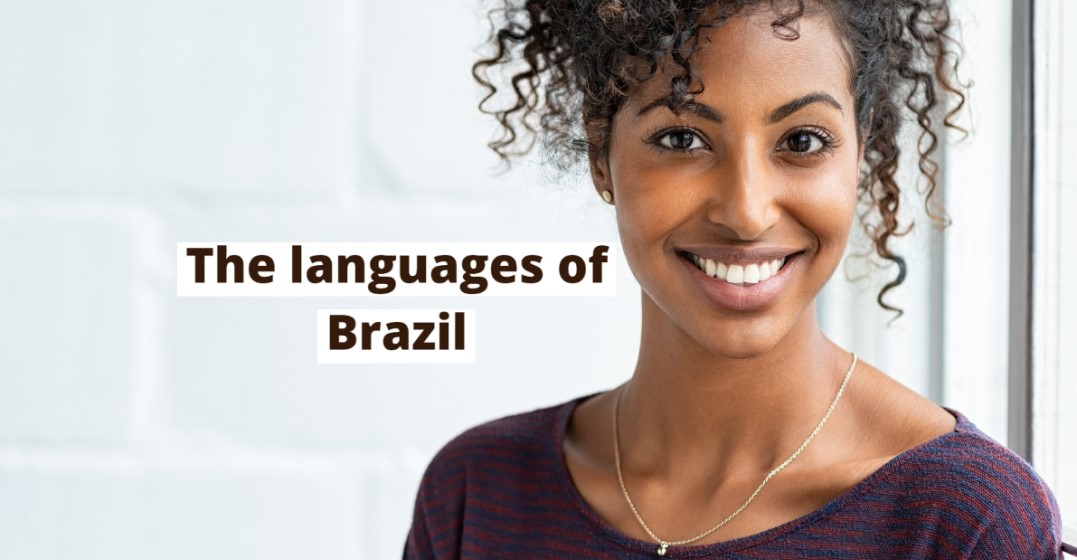 You might be surprised to know Brazil is home to an incredible linguistic landscape. It is a multicultural country, rich in diverse beauty, natural resources, dialects, indigenous languages and art forms!

The languages of Brazil

Let’s take a look at the most significant languages spoken in Brazil today. Please consider that Brazil is massive, and these languages are not spoken equally across the country. Depending on the regions and the communities, you may find different dialects, pronunciation and even vocabulary!

Portuguese is the 9th most-spoken language around the world in 2020, with over 252 million speakers. Most of them are Brazilian. In fact, 98% of Brazil’s population speaks Portuguese, the official language. While different dialects exist within the country, this is the language that unites Brazilians in school, business, literature, entertainment and the media. It is also a unique trait that makes Brazil stand out from other Latin American countries, as it is the only Portuguese-speaking country in the Americas!

Deaf communities in urban regions of Brazil use Libras, or Língua Brasileira de Sinais. Similarly to other sign languages around the world, Libras is not just a translation of Portuguese into gestures. It is an independent language in its own right, recognized by the government as a means of communication with the possibility of professional translation and interpretation. In fact, Libras has its own dialects too, depending on which region of Brazil you find yourself in. More than 5 million Brazilians are estimated to use Libras to communicate!

More than 274 indigenous languages in Brazil

Due to the lengthy period of colonisation of Brazil by the Portuguese (which started in 1500 and continued until the first half of the 19th century), countless indigenous languages were erased from history. Before the arrival of the Portuguese, an estimated 1273 indigenous languages were spoken by the natives. But in a matter of 500 years, about 75% had been eradicated. Despite this tragic fact, Brazil historical and cultural heritage of Rio Grande do Sul still preserves an estimated 274 indigenous languages spoken by 305 indigenous ethnicities, among them Guarani, Nheengatu, Pirahã and Ye’kuana. Unfortunately, many of these are under serious threat of extinction.

What? German spoken in Brazil? Yes, that’s right! Around 3 million speakers in the southern region of Brazil communicate in a dialect derived from the Hunsrückisch dialect of West Central German. It is so relevant to the cultural heritage of the state of Rio Grande do Sul, that two of its municipalities have declared it a co-official language! In Espírito Santo, Pomeranian German is also considered a crucial part of linguistic heritage. Speaking regular German in Brazil might not be the best option, though. Hunsrückish German has been so deeply influenced by Portuguese and several indigenous languages, that it has its own unique sound and vocabulary!

Talian is a dialect of the Venetian language mostly spoken in Rio Grande do Sul, a state in the southern region of Brazil. Talian is actually a co-official language in some municipalities, which comes quite as a surprise to foreigners! Why does a language spoken in Italy exist in Brazil? Well, by the end of the 19th century, there was a wave of immigration from Italy, with 60% of settlers coming mainly from Veneto. Nowadays, about 30% of Rio Grande do Sul’s population is still of Italian ancestry! One more reason to celebrate Brazil’s cultural diversity and rich linguistic background!

Portuguese speakers do not necessarily speak Spanish (it is not the same language!). In fact, 4% of Brazil’s population is estimated to speak Spanish. Nevertheless, Brazilians who live closer to borders with Spanish-speaking countries are likely to speak it. Learning Spanish is also mandatory in the states of Rio de Janeiro and São Paulo, so you might meet Brazilian Spanish speakers there, too! However, Spanish-speaking immigrants are the most responsible for the presence of the language in Brazil, with Spaniards, Bolivians, Argentinians and Venezuelans as main groups. In total, about 460.000 Spanish speakers existed in Brazil in 2018, according to the Ethnologue.

French is spoken in Brazil

Visiting the state of Amapá? Located in the North, Amapá is relatively isolated from the rest of the country, at the very northeastern corner, but its motto says everything we need to know: “Brazil starts here”. Because this state shares borders with French Guiana, its interactions with French-speaking populations is frequent. In fact, only two years ago, the state of Amapá received more than 33.383 tourists, of which 65% were French. Having said that, learning French in public schools has become mandatory in Amapá since 1999. A creole blending French and Portuguese is also frequently spoken in daily life – the karipuna.

Japanese immigration had its beginnings in 1908. Today, Brazil is home to the largest community of Japanese outside of Japan, with Paraná and São Paulo being the largest Brazilian states to accommodate Japanese and Brazilian-Japanese citizens. While the community is still not widely visible on Brazilian media (something that is regularly criticized), it has had a significant impact on Brazilian culture through food traditions, cultural events, arts and comics, modeling, sports and even religion. So now you know – you can also brush up on your Japanese once in Brazil!

Is English spoken in Brazil?

English is still not a popular language in comparison to Spanish, German, Italian and Talian. According to the British Council, only 5% of the Brazilian population could communicate in English in 2019 (about 10,425 million speakers from a total of 208 million). Also in 2019, Brazil had its worst score in 5 years in an English proficiency exam. Those results were true for both schools and business environments. This is definitely not due to a lack of interest or curiosity, but due to a system that fails Brazilians with a poor curriculum, lack of challenging materials and expensive private courses that not many people can sign up for. Luckily, the internet, educational apps, online lessons and social media might help make English more accessible from now on!

Then you already know Portuguese is a must. English might save you in touristy places or among more privileged populations, but it is wise to brush up on your Portuguese before departing…out of courtesy for the locals, too! Apart from that, be ready for a multicultural experience, where you’ll get to connect with different languages and communities. Where do we sign up?!