What Languages Are Spoken in Belgium?
by Adriana Stein
March 26, 2020 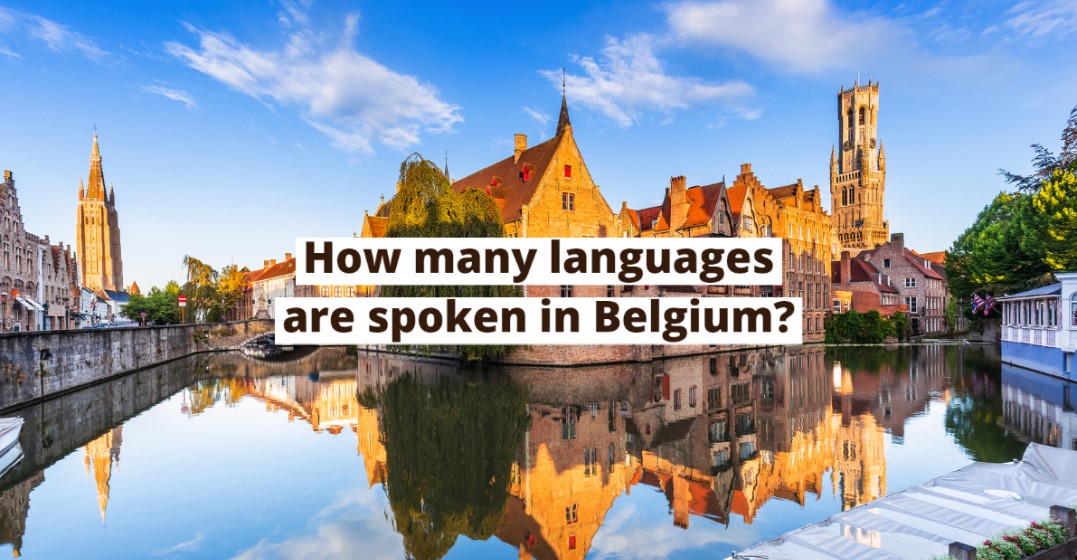 Curious about what languages are spoken in Belgium? With a melting pot culture that went through many drastic changes throughout history, Belgium is full of many bilingual people – even without counting English. How did that happen? There has been heavy influence from the surrounding countries and sub-regions, particularly in comparison with Belgium’s size. The languages spoken in Belgium can be divided into official languages and other languages (such as dialects).

An Overview of Languages Spoken in Belgium

Belgium is a small country in Western Europe located between France, Germany, and the Netherlands. With 12 million people spread across about 30.000 sq km, it’s one of the most densely populated European countries. Historically speaking, the country has had quite a wide variety of rulers, influencing how multilingual and multicultural Belgians are today. Due to their close proximity to these three countries, they have three official languages that divide Belgium into three main regions.

Although Dutch is often put into the same category as Flemish, Flemish and Dutch are actually different. While Dutch is the official language of the Netherlands, Flemish Dutch is the version of Dutch spoken in northern Belgium. Dutch (as an overall language) is one of the official languages and is also one of the most widely spoken languages, with about 60% of Belgians speaking Dutch. Due to the Netherlands being to the top right of Belgium, it makes sense that Dutch is more prevalent in the north. The northern third or so of Belgium is known as the Flemish region (Flanders), which is where the term “Flemish Dutch” originates from. As a result, this is the main language taught in schools in this area.

To give an idea of the difference between Dutch and Flemish, it’s a bit like the difference between US and UK English, but taken a step further. Some experts consider Flemish to be a completely separate dialect, while others would still consider Flemish to be Dutch. There are vast differences in pronunciation, vocabulary, and even grammar so it’s difficult to say exactly what category it falls into. Because Belgium has had such a multicultural development, it’s languages are spoken with a huge amount of variety and even differ among sub-regions as to how all the official languages are spoken.

French is the second official language of Belgium. About 40% of the population speaks French, which of course is related to France’s location to the bottom left of Belgium, a region known as “Wallonia”. In Brussels, the capital of Belgium, French and Dutch are the official languages as well. Nonetheless, there tends to be less of a discrepancy between the French spoken in France and the French spoken in Belgium. Although the French-Belgium accent differs from that of France, there is less variation among the grammar, pronunciation, and vocabulary as it found with Flemish Dutch.

The third official language in Belgium is German, with about roughly 1% of the population speaking it. German speakers come from an area known as “Liege”, which is directly on the border with Germany. German has had far less time to develop in Belgium than French and Dutch, because this area of Belgium was only added after WWI. Consequently, German speakers have the same language constructs as that of Hochdeutsch, the formal version of German spoken and taught in Germany.

Other languages spoken in Belgium

With such a densely populated country full of multilingualism, there are many other languages and dialects spoken across Belgium. This can change dramatically depending on what region or sub-region you’re in. In any case, it’s good to take note of the suitable regional language in order to avoid confusion or causing offense.

While there is no official region that speaks English in Belgium, this is likely the third most popular language spoken in Belgium due to the education system’s tendency to teach English. It’s also important to note Belgium’s, and in particular Brussel’s, commitment to upholding language multiculturalism. Half of Belgium’s residents are from foreign countries, so English is widely spoken in addition to the city’s official languages of French and Dutch. In recent years, Brussel’s citizens have begun to push more to make English their official language and to be more widely used across the country. They believe this would not only help communication with foreign residents, but also among native Belgians with different native languages.

Furthermore, historically speaking and up through today, there has been political tension among Dutch and French speakers. This stems from the societal preference of French culture and the tendency to view French speakers as more elite. More recent legislation has focused on creating equal opportunities for speakers of both native languages. Overall, this too has an affect on the country’s openness towards multiculturalism and the adoption of English into daily language.

Despite that it’s one of the smallest countries in the world, Luxembourg has also influenced the languages of Belgium. Luxembourg is officially a separate country from Belgium (and has been more or less autonomous since the 10th century), but its inhabitants speak the same language as in lower Belgium: Luxembourgish. Only about 0,5% of the population speak Luxembourgish and it stems from a mixture of French and German, but is considered a separate language. The residents of lower Belgium (the Arlon region) often speak all three languages fluently. Other German dialects spoken in the country include Low Dietsch and Limburgish.

Walloon is another unique dialect spoken in the French region of Belgium. A dialect of French itself, Walloon is spoken in the French region of Wallonia that spans the middle of Belgium. Walloon is mostly often used by the older generation in rural areas and is considered an outdated form of French. Consequently, the number of people speaking Walloon continues to dwindle. Another similar French dialect known as “Picard” is currently experiencing the same decline. There are also further French dialects spoken in Belgium known as “Champenois” and “Lorrain”.