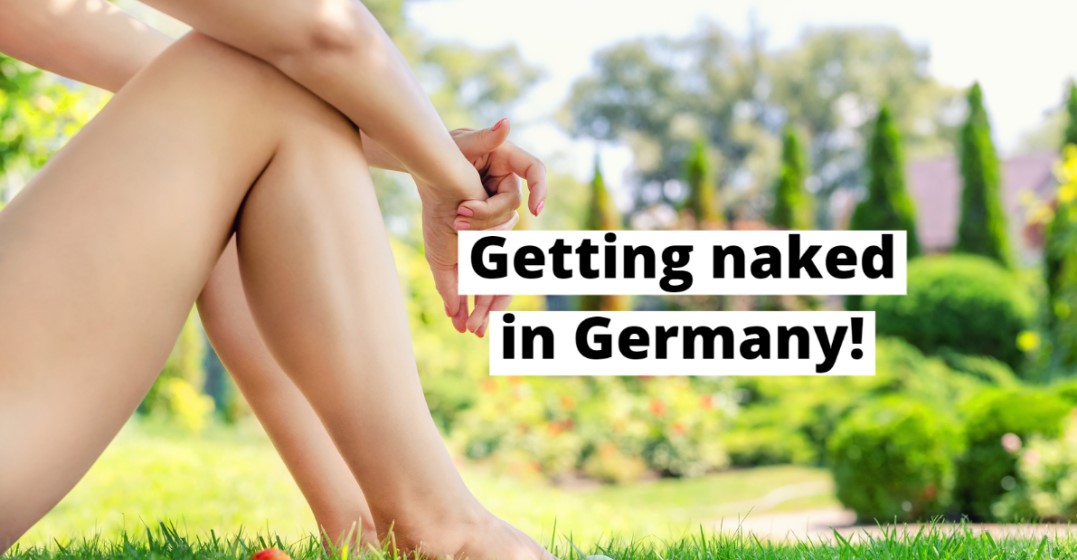 FKK, or Freikörperkultur, is a movement celebrating the naked body as a comfortable state of being. It started in Germany over 130 years ago, with the first FKK organisation being registered in Essen. Erin talks you through one of Germany’s favourite past times – being naked!

Getting naked with the FKK in Germany.

The joy of nakedness with the FKK.

FKK isn’t about sex, really, but just the joy of being without clothes, while participating in sport, hanging out in nature, or just everyday life. FKK folks are all about body acceptance without shame, or that’s the idea, anyway. It began in an organised way in the late 19th century, as a way to return to nature, along with growing your own food and being vegan, as a way to reject growing industrialism.

Being naked in the East.

In the German Democratic Republic, FKK was huge. It didn’t start out that way though. In the 1950s, the East German government tried to get rid of the practise, but it was no use. Eventually they gave up, and the by the 60s and 70s, it was widespread. Everyone from factory workers to police officers would hang out on the beaches naked. Some say it was so popular because it was one thing that wasn’t controlled by the state.

Let’s all be naked, but only in certain areas.

Of course, after reunification, things were a little different. FKK, or nudism, as it’s referred to in English, became more regulated, with beaches being clearly marked, and the all-important Verein designations. Holiday clubs and sports organisations appeared to cater to the clothing-free crowd. The FKK idea by now had spread to other countries around the world, with nudist beaches popping up in Canada, the US, the UK, France, and Austria. The very first nudist beach in Germany, on the island of Sylt, is still going strong however, if you want to combine a cultural experience with a history lesson.

FKK is not limited to lying around on the beach and the joy of swimming with no bathing costume. Sports is a big part of nudist culture in Germany, and not just because some of the original 19th-century inspiration came from the Ancient Greek practise of doing sports without clothes. FKK clubs frequently play golf, volleyball, go on bike rides, or the ever-popular nude hiking (with shoes and a backpack). Some of the border regions with Switzerland have had clashes with nude hikers, as it not legal in Switzerland to be naked in public. There were some court challenges, but the Swiss wouldn’t budge. No naked climbing of mountains for them!

Well, in Germany it is not legal to be naked in public where most people are clothed, that would be a minor infraction. However, someone has to complain about it. Half-naked sunbathing in a park is unlikely to make anyone even look twice, the sight is so common here. The key to understanding this cultural phenomenon is to appreciate that this whole naked thing is not about sex in any way, but freedom and health. Many Germans will tell you, for instance, that being in a sauna with a bath suit on is not sanitary. In fact, according to a 2014 survey, over a third of Germans say they’ve been nude in public before. I admit I’ve not even braved a sauna before, the most straightforward of naked experiences, let alone taken a hike naked. If you’re keen on getting your clothes off, most FKK Vereine in Germany will allow you to join as a beginner nudist for awhile, so you can see if the free body life is for you before committing.

Can you get your adjectives and nouns to agree while standing in front of a naked person? Probably best to schedule a couple Lingoda lessons before that trip to Sylt! Claim your free 7-day trial by visiting our website!