What does Verein mean? 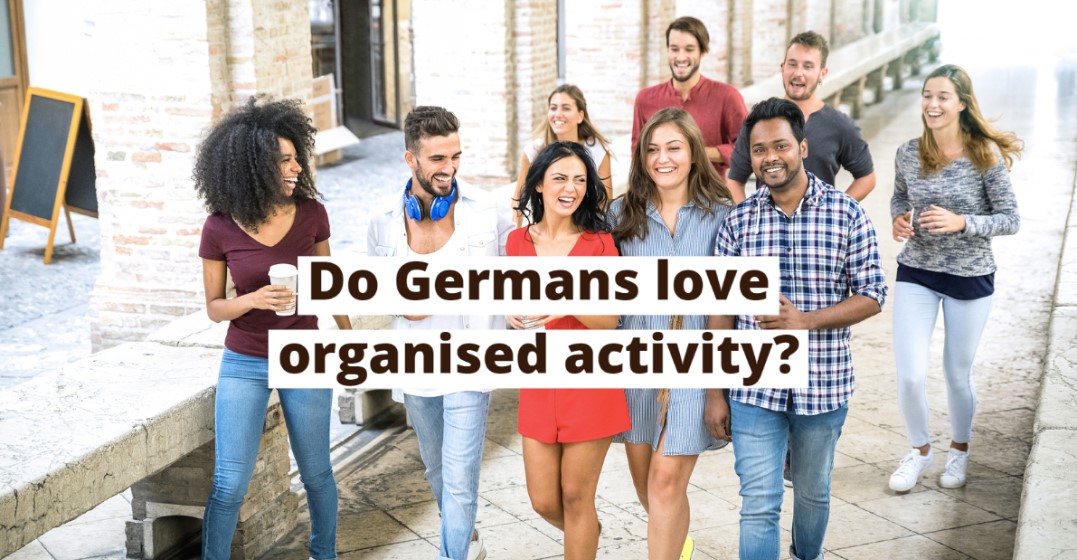 A Verein is a club or association. What does it mean in German-speaking culture? It’s the official word for one of German people’s favourite things: joining a group for an organised activity. Apparently, there’s an old joke that goes ‘Treffen sich drei Deutsche, gründen sie einen Verein’, or ‘When three Germans meet, they found an association’.

How do you set up a Verein?

Setting up a Verein requires legal paperwork, and at least eight people in total who are willing to found a group with you. Generally, a registered Verein (e.V.) is an organisation for a group of people who all like doing something together. By the numbers, the largest groups of Vereine are sports clubs. This has insurance and liability benefits, and the main purpose can’t be generating profits, as well as making it easier to have an association bank account for processing membership dues and other costs.

Who joins a Verein?

Words to know when it comes to a Verein

Are there really Vereine for everything?

There are the practical ones, as I mentioned above, for things like local sports clubs and teams, parents’ councils, and allotment gardens. But it doesn’t end there! The famous German shooting clubs are also Vereine, with their clubhouses and competitions, some of which have been official Vereine since the late 1890s. I belong to the Gesellschaft für lebendige Geschichte e.V., which translates tot he Society for Living History – we dress in clothing from the Middle Ages that we sew ourselves, and watch some of our other members fight with period weapons, and we celebrate with period-appropriate food afterwards. Nearly every town in southern Germany will have Faschings or Karneval-related Vereine that work together to create incredible floats and costumes for the local celebrations.

The most unusual Vereine

Of course, we can’t leave out the truly unusual Vereine. Have a fascination with snuff, the tobacco powder so popular during the 1700s and 1800s? Join the Schnupfverein Köln-Worrington e.V.. Did you really want to win the giant pumpkin contest in Ludwigsburg? Join the Crazy Growers, a Riesengemüsezüchter-Verein or Giant Vegetable Growers Association. If you are very proud of your beard or moustache, you can attempt to join one of the many Vereine around the country specialising in creative facial hair, like the Belle Moustache e.V.. From rabbit breeders to stamp collectors, there’s something for whatever you love to do.

Do you want to start your own Verein? You’ll need to be able to speak German! Visit the Lingoda website and sign up for your free 7-day trial with our native speaking teachers today!