With the first of November marked as ‘World Vegan Day’, what do we actually know about being a vegan?

Veganism (the practice of not eating or using any animal products, such as meat, fish, eggs,cheese, or leather) is on the rise. In the UK, there has been a 350% increase in people moving towards a vegan lifestyle in the last 10 years. In the US, people who identify as being vegan has risen by 600% in the last three years alone. This isn’t just a fad, a plant-based lifestyle seems to be appealing to all – not just millennials.

In our beloved Germany, there seems to be a new vegan or vegetarian restaurant popping up on practically every street corner. Since 2011, there has been a steady decline in the amount of meat consumption in the country. As a nation known for its love of meat and two veg (and some tasty gravy) meals, is there a vegan revolution ready to wipe out the meat eaters?

We spoke to our resident vegan, Sindy, and Caitlin, who is a vegetarian slowly making the move to being a full time vegan, to gain an insight into their lifestyle, and why they decided to make the change.

Why become a vegan?

Caitlin: I have been vegan since July, I was encouraged by the health benefits. I notice now that my skin is so much clearer when I haven’t been eating any dairy. I didn’t really love meat before so that made it easier. The hormones in both meat and dairy was a big motivation for me. I started to read about the environmental impact and that added to my motivation.

Sindy: The weeks before I decided to go vegan, I was watching videos on YouTube about veganism and was simply blown away by how everyone who tried it reported about the utterly positive effects it had on their health, their fitness, and their overall well-being. Also, I became aware of the fact that not eating animals has the most powerful positive impact on our environment – even more than cutting down on car rides and airplane flights. 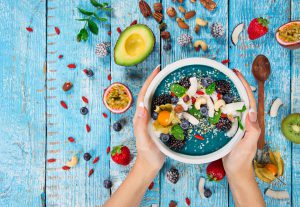 Tips if you are considering a vegan or vegetarian lifestyle

Caitlin: Biggest tip would be to do it gradually and plan thoroughly. When I started I just cut everything out in one go and then it made it feel like I had failed myself if I had a slip up. Also it’s important to plan! If you don’t plan then you’re a bit stuck, like at lunch time here in Germany it’s just  too easy to just grab Käsespätzle. (You can read all about this tasty snack in our top German dishes blog)

Sindy: First of all, don’t be too strict with yourself. Don’t worry if you can’t go from zero to a hundred percent! Start off with one vegan meal per week, or try to cook vegan dishes at home when you have the time for it. Find your own pace and be patient with yourself! What helped me a lot was not to think of it as a restriction but as an enrichment. Think of all the new recipes and ingredients you’ll try! I never even knew red lentils tasted so good, and I most certainly never expected to get so excited about dishes with broccoli! 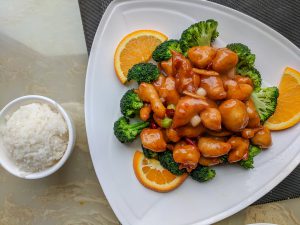 Have you adapted any traditional German dishes to suit your dietary requirements?

Sindy: Usually, I keep cooking really simple. Anything with a variety of vegetables, some legumes and rice or potatoes satisfies my taste buds and my stomach. When I have the time, I try out recipes from the internet or cookbooks. I never was a big fan of the hearty German cuisine, but there is one thing very typical for the area where I come from that I always loved, and that is “Thüringer Klöße (Thuringian dumplings)”. Nowadays, I obviously cross out the tenderloin that you traditionally eat with it, but I found a really nice recipe for making a tasty and savoury sauce that tastes even better than the meat-based sauces that I remember. 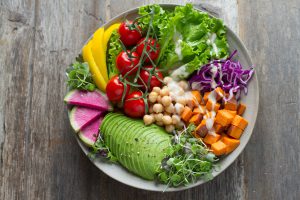 A language learners guide to veganism

Vegan (Veganer/in) – A person who abstains (chooses not to do or have something) from using and eating animal based products.

Veganniversary – The anniversary of the date a person started being a vegan.

Vegetarian (Vegetarier/in) – Someone who does not eat meat or fish. Vegetarians do eat dairy products.

Pescatarian (Pescatarianer/in) – Someone who only eats fish – no other types of meat.

Fruitarian – Someone who follows a diet which primarily consists of eating fruit.

Flexitarian – A person who is trying to reduce their meat consumption, but does not follow a strict vegan or vegetarian lifestyle. 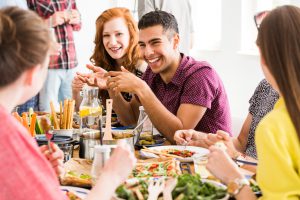 Haben Sie Mandelmilch? – Do you have almond milk?

Ist das Rinder- oder Gemüsebrühe?   – Is the broth made from beef or vegetables?

Haben Sie auch vegane Gerichte? – Do you have a vegan option?

Könnte ich das ohne Käse haben? – Could I have that without the cheese?

Sind diese Schuhe aus Leder? – Are these shoes made of leather?

Kann ich anstelle von Fleisch extra Gemüse haben? – Can I have extra vegetables instead of meat?

Kann ich mir mal die Packung ansehen? – Can I have a look at the package? 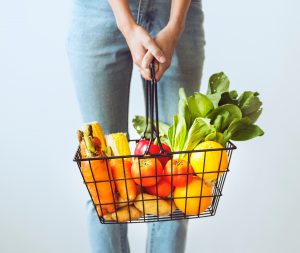 Ingredients to look out for

When you do check the packages of the food, keep an eye out for the following ingredients, if these are on there, it’s a no-go:

Fleisch – meat (Schweinefleisch – pork meat, Hühnerfleisch – chicken meat, anything with Fleisch on the end is, you got it, is a meat!)

Also note that all of these are nouns (the name of something), and nouns in German always have a capital letter.

If you’d like to learn more about the German language, check out our courses today on our website. We also have our brilliant new ‘Move to Germany’ pack which not only gives you an insight into Germany culture, what to do when you arrive in the country, but also useful phrases, grammar points and hints and tips regarding the language.