US and UK Summer Traditions ☀️ 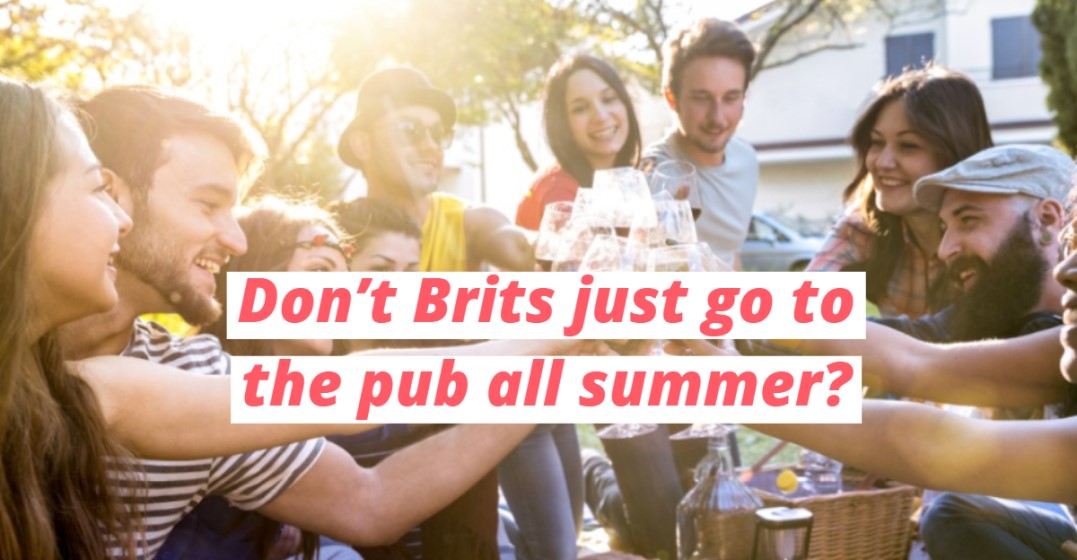 Celebrating summer in English-speaking countries can be quite different from one place to the next – from block parties and barbecues to pub gardens and fêtes. Most of them, okay all of them, involve food.

So what does it look like to celebrate the summer time in English?

In all English-speaking countries, the tradition of standing outside holding a beverage while flipping things on a grill suspended over open flame is a big summer tradition.

Despite being often spelled out in letters, barbecue is still always pronounced fully, rather than saying the letters ‘BBQ’. You will also see it spelled ‘barbeque’, and both are correct.

The word refers to the grill itself, where you cook meat and vegetables over a flame, as well as the entire event.

In the southern United States, they have a very intense food culture around barbecue, which they use like a noun. ‘Where can I get the best barbecue here?’ is a valid question in a place like South Carolina, and very possibly will start a lively debate. I suggest making notes and then backing away slowly… 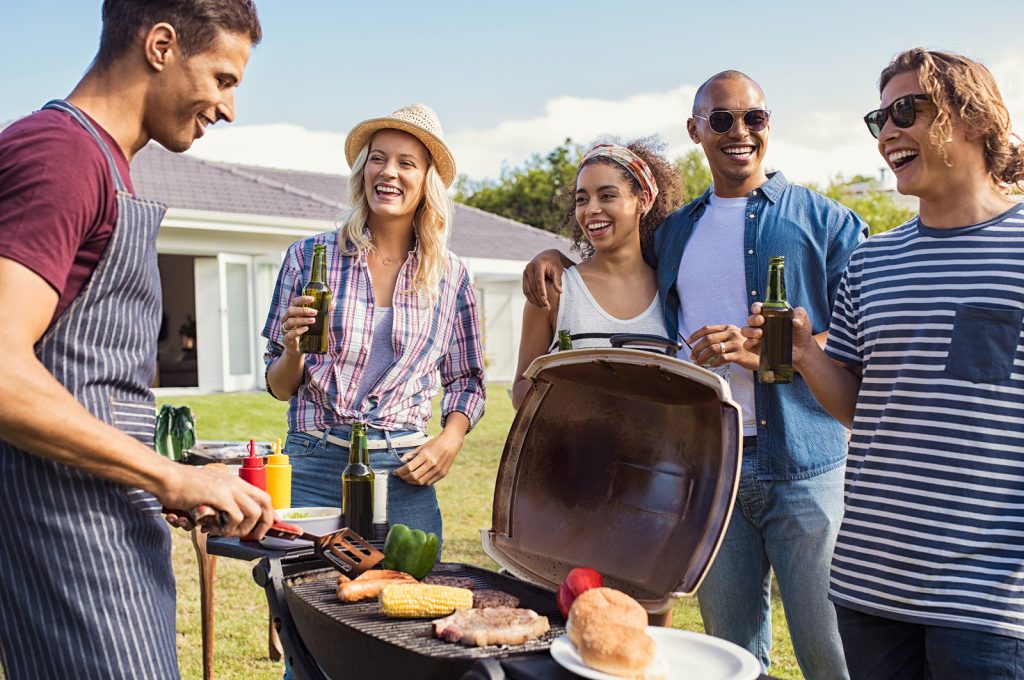 Summer in the USA

Barbecues and outdoor meals are a huge part of the two big American summer holidays, Memorial Day and the Fourth of July.

Memorial Day commemorates the people who have fought and died in war, but also involves large family barbecues.

The Fourth of July is the celebration of the founding of the USA, and also involves a large family barbecue along with fireworks.

Beef burgers and hot dogs are standard at these events, as well as a mayonnaise-drenched potato salad, seasonal fruit, pies, and highly regional additions that change from state to state. People traditionally eat outside, either sitting on blankets or at tables set out for the occasion.

Often churches and neighbourhoods will get together to produce a group barbecue, which involves everyone bringing a dish or two to contribute – and the biggest spread of competitive cooking you’ve ever seen.

In Canada, while there is Canada Day, Canadians don’t always celebrate it with a big barbecue. It’s common to go camping in such a sparsely populated country in the summer, so we get our fire cooking out of the way then by roasting things on sticks. Someone always drops their hot dog or marshmallow in the fire, it’s like tradition.

Summer in the United Kingdom

The weather can be less cooperative in the UK, and that means there’s less of a barbecue-obsessed culture. Though a common summer tradition is heading out to the pub to sit in their garden all afternoon. Some pub gardens even have playgrounds for kids, and TVs outside for watching the football. A pub garden favourite is Pimm’s, a big glass full of a relatively low alcohol Pimm’s No.1, mixed with fizzy lemonade, then stuffed full of cucumbers, strawberries, mint, and all sorts of things.

Popular throughout the summer are various fêtes (pronounced ‘fett’), put on by neighbourhood associations, church groups, and other small organisations looking to raise money for one charity or another. There are booths set up by volunteers offering very low-skill games of chance, tables full of cakes to buy, and tickets sold to win a donated prize. Children’s games keep small ones occupied. If you’ve ever watched an English murder mystery, people are always dying at these things with much drama.

Don’t worry though, that’s only on TV!

Impress your Lingoda teacher at your next lesson with your knowledge of barbecues and your special Pimm’s recipe. You’ll be good to go for summer English practice!