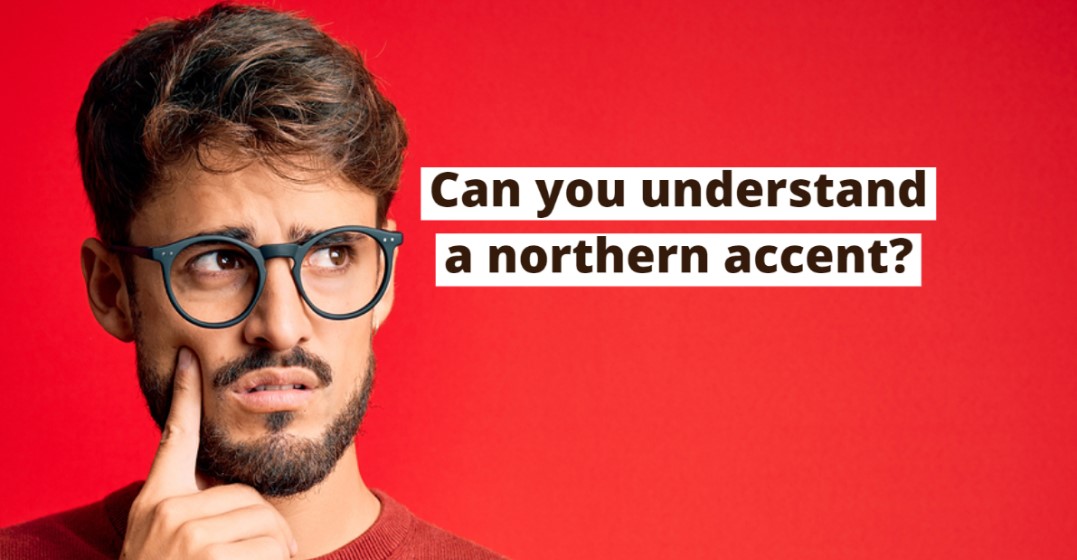 There is no such thing as a British accent – the UK has many accents. For every part of the island, there’s an accent. What’s more, there isn’t just one in the North either!  According to BBC Radio 4, “there is a large variety of accents across the north of England, and they range from mild to strong.”

Let’s discover what they all are and how to understand the Northern accent. We’ve compiled five tips and firstly need to take into consideration there are two parts of the North:

1. There’s a big difference between the North East and North West accent

“As a general rule, these accents utilize harsher consonant sounds than those in the south of England, with shorter vowel sounds.”

The North East, on the other hand, is home Yorkshire. This northern accent can be easier to understand as it tends to be slower and more soothing to some. So now you understand there are many accents in the North, let’s explore how to understand four different dialects in the North:

Scouse is the word for a Liverpoolian accent – what The Beatles and Steven Gerrard are renowned for having. The Liverpudlians even have their own sayings and sounds.

A tip on how to understand this Northern accent would be to watch out for the high pitch tone and quickness of it. Watch out for slang terms like “lad” or “proper boss scran” (meaning delicious food!). It’s a funny and fresh to listen to, but it can be quite hard to get to grips with!

Top tip: Don’t be scared to say “sorry, can you say that again, please” as it may take a while to understand! Here’s how to use sorry the British way.

The accent in and around Manchester ranges from ‘posh’ around Cheshire to general street talk nearer to the city of Manchester and Lancashire. According to Alexander Barratta, a lecturer in Manchester, there are three varieties: broad, posh, general, and “most people generally have an intuitive notion of what constitutes these three varieties.”

The difference between the Mancunian and Scouse accent is the pitch. People in Manchester have a lower pitch rather than higher, maybe making it easier to understand – they go up rather than down at the end of a sentence. Moreover, this northern accent commonly cuts off the “t” at the end of words!

A Geordie is a name for a person from the North East of England, mostly Newcastle and Tyneside. Cheryl Cole is a Geordie with the strong regional accent intact! The tip on how to understand this accent is to watch Geordie Shore and X-Factor – this way, you will become accustomed to this northern accent!

This dialect has roots in Old English and is very slow and “farmer like”. The Yorkshire accent is in the UK’s biggest county and is much slower than the other northern accents, making it very distinct. The tip on how to understand this northern accent is to be aware of the silent “h” at the beginning of words. E.g., “Hand me the salt and pepper” would sound like “and” rather than “hand”.

All in all, there a diverse range of Northern accents and this isn’t all of them! The Northerners are known for their openness and friendliness; there are no worries about getting into a conversation. You’ve just got to try and survive a conversation with an English person!

If you’d like to improve your English skills and experience a rich variety of the UK accents, then visit the Lingoda website and sign up for your free 7-day trial with our native speaking teachers today!