The Most Typical German Things (These are not Stereotypes!) 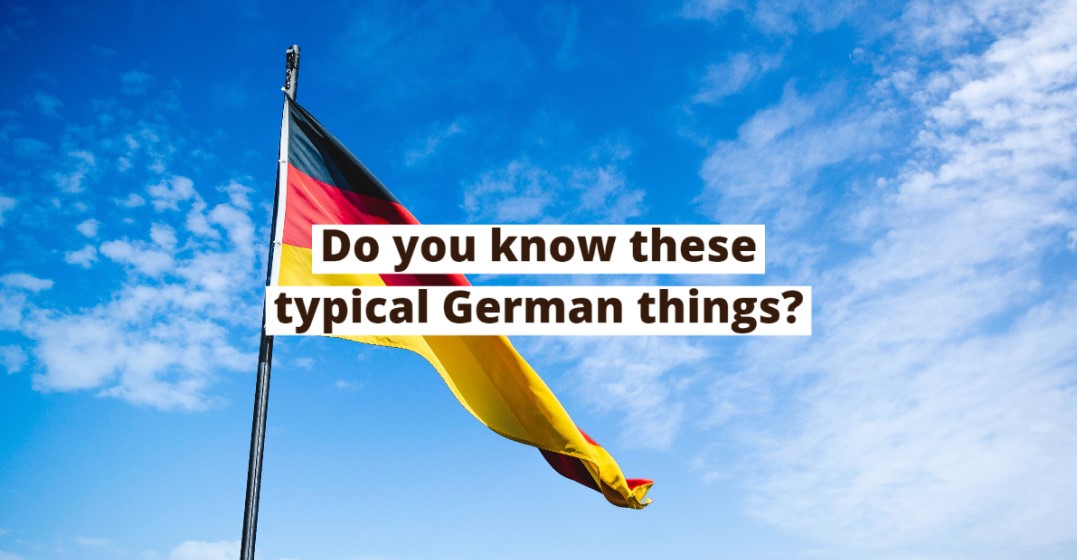 I think most of my German friends would agree, these four things would make them roll their eyes and say ‘typisch’ (typical). Here are 4 of the most German things you can ever think.

What is Germany best known for?

When I first moved to Germany, I had a few things I knew about the country, pulled from stereotypes and a few German friends that had attended my Canadian university. Like any generalisations about an entire country, these are more in the spirit of fun than a judgement on the people of my adopted homeland. Of course not every German is like this, and in fact trying to come up with nationwide stereotypes is quite hard because as a country, Germany and Germans can be wildly different from one end of the country to the other.

It is true, Germans have an international reputation for wanting things organised and clear. This is appreciated in some of their biggest industries, like manufacturing cars. When you live here, this approach to order can be, let us say, exhausting. Look at any Lufthansa queue at the airport, and you will see people pulling out clear plastic sleeves containing all their documents for their travels, neatly organised. This also extends to punctuality too – on time really means three to four minutes before the appointed start time. Don’t get me wrong, as a chronically on-time person I love this. However, the times I have been 10 minutes late dropping off my son at school as netted me some searingly unimpressed looks.

In Germany, Sundays are for the nature

It is with much confusion that tourists from the US discover that no shopping happens on a typical Sunday in Germany. What does happen on Sundays is nature time. The hiking paths are full of groups in their Jack Wolfskin outdoor jackets and appropriate footwear, enjoying nature. One Sunday we headed to a geological nature park, thinking it wouldn’t be that busy. Oh no, this is Sunday in Deutschland! All three parking lots were full and the rock formations were surrounded by people of all ages exploring. I have come to love this enforced rest day – there is something to be said for not being able to do the shopping. In his second year at German primary school, my son worked for several months towards his ‘fountain pen driving license’, which was a fully laminated card saying he was allowed/expected to complete his schoolwork with a fountain pen (‘Fuller’ in German). Kids attend bike safety lessons at school and receive a certificate from the police after both a written and practical test. Even summer camps offer forest knife skills classes, including the awarding of a certificate, for eight year olds. Getting your certificate, for pretty much everything, is a big deal and very typical.

Ask someone who grew up in Germany what they miss the most when they leave, and bread comes up often. The whole wheat bread in other countries just doesn’t compare, and the idea that you can’t find a bakery easily within two to three streets in any residential area is a sad state of affairs for the rest of the world. Many German friends have turned deadly serious when talking about bread, and I have been informed many times that to be a professional baker, one has to train for several years and be certified (see above point) before one is allowed to sell bread.

And beer? Well, we all know how much Germans love a Biergarten.

When you’re trying to think of something to talk about in your German Lingoda lessons, sample sentences involving bread, being organised, what you did on Sunday, and getting a certificate are all guaranteed to make your native German-speaking teacher nod with understanding. Start your free 7 day trial today!