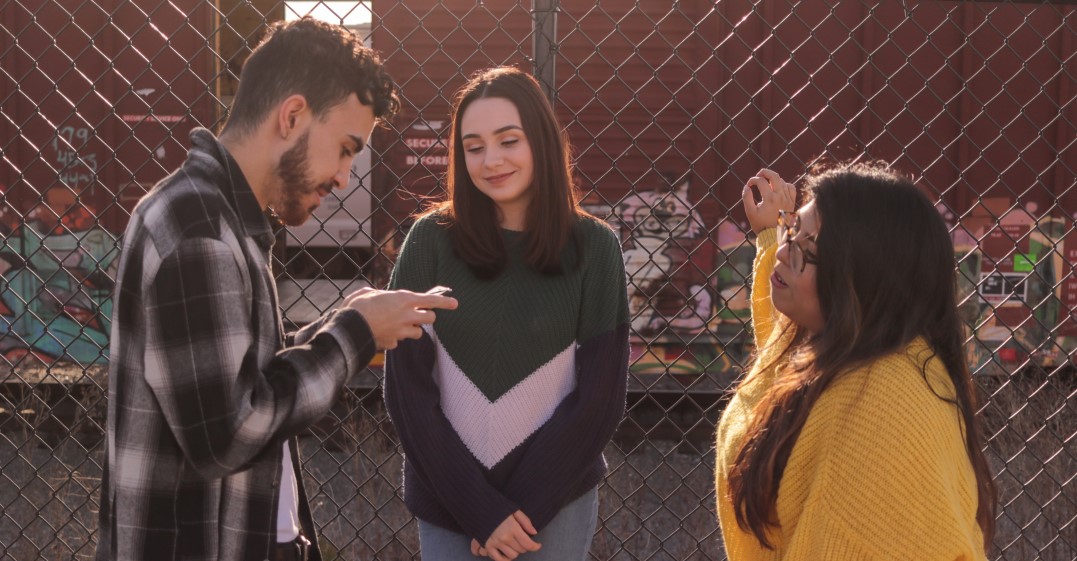 If you learn Spanish at home, in the classroom, or take online Spanish lessons it is important to pick up the right slang. We’ve talked about how to smooth out your Spanish accent on the Lingoda blog before. Pronunciation is one thing, but vocabulary is another. Common idioms go a long way in making you sound like a native speaker. Alison goes over some things that Spanish people commonly say. Use these words on your next visit to Spain. Soon enough somebody will ask you, “¿Eres española?” Are you Spanish?

Learn how to speak Spanish from Spaniards

Back in 2004 I spent a semester studying in Madrid. Two people in my study abroad programme already spoke Spanish, so we were sent to a programme at Universidad Complutense where he and I took art and architecture classes with normal students. In between classes, the local students would file into the hallway and smoke cigarillos furiously until the next session. There in the echoing halls is where I learned the most useful vocabulary of my study abroad experience. By learning phrases that Spanish people say, I fit in better, which is the best way to learn Spanish by immersion. What five words do Spanish people say all the time?

One of the first Spanish words people ever learn is amigo (friend). Though people use it, most Spaniards don’t go around saying ¡Mi amigo! to people the way some Spanish language learners do. “My friend!” is not cool. It’s dorky and makes people cringe. Spanish people say tío/tía. It literally translates to uncle/aunt but it’s a nickname to call their friends, like “lads” or “buddies”. You can also use it to describe people you are talking about. ¿Cual tío? Ese tío allí. (Which guy? That guy there.)

Literally translated to “it has value”, this word in Spain is the English equivalent of “okay”. You will hear this word constantly from the moment you arrive in Spain until the moment you leave. It can be sprinkled throughout your beginning Spanish conversation to make you sound much more natural. See you after class? Vale. Want to go to the store? Vale. Estamos tomando café, ¿vale? Vale. (We are drinking coffee, right? Right.)

What languages are spoken in Spain?

This one is a curse word. Putamadre translates as “whore mother” and is the closest curse word in English to motherf*cker. Despite being quite graphic, this word is so common that it has made its way into very normal and positive expressions in Spanish conversations. Is that bar super cool? Es la putamadre. Is that football player great? Es la putamadre. Great, awesome, fantastic? Putamadre, putamadre, putamadre. We’ve talked about curse words in Spanish on the Lingoda blog before, so if you want to fit in or at least understand slang all over Spain, get familiar with some of the cussing.

This word means “man” in Spanish, but Spaniards refer to everyone as hombre, even women. You can drop hombre into any conversation for emphasis whether you make a negative or positive statement. Did you stay out late last night? No, hombre, volvimos a casa a las 11 porque no había gente. (No man, we returned home at 11 because there weren’t any people.) Is that girl cute? Sí hombre, esa tía es hermosa. (Yes man, that girl is beautiful.) This word should be easy for native English speakers to pick up, since we use “man” in much the same way ourselves.

If you dream of visiting Spain on a holiday or to study abroad, remember to take note of these words: tía, colega, vale, puta madre, and hombre. You willl hear them on a daily basis in Madrid, Barcelona, Málaga, or wherever you travel in Spain. Use them, and you will sound much more comfortable in your beginning Spanish conversations. Which one seemed easiest to start using?

Start perfecting your Spanish slang with Lingoda! Take advantage of a free 7-day trial with our native speaking Spanish teachers and improve on your conversation abilities today.