60 Second English Lesson: Their, They’re, There 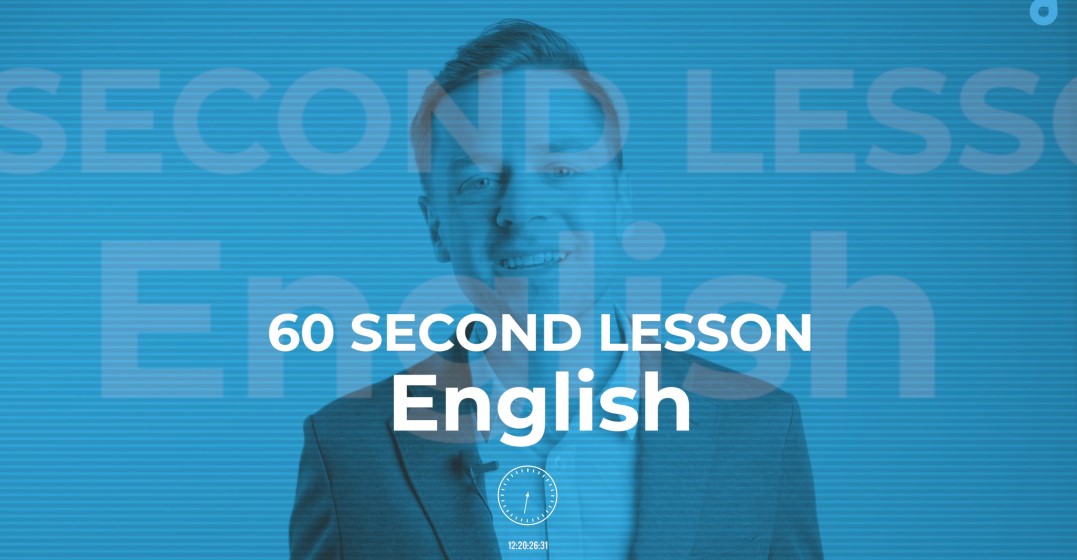 Let’s look at the differences between there, their and they’re.

Words that sound the same but are spelt differently and have different meanings are called Homophones.

Let’s start with there.

There has the opposite meaning of here.

So we use when we want to talk about something which is not close to the speaker.

They asked me to go there to pick up the food.

I’m on my way there now.

There can also be used as a pronoun to introduce a word or clause.

There is a storm brewing.

There is a dog in the office!

How about their? Well, it is used when we want to show possession.

They forgot to take their bags with them.

I offered to help clean their apartment.

The bags and the apartment belong to someone, so we use their and not there.

And finally, let’s talk about they’re.

Remember, when there is an apostrophe like this in a word, it shows contraction.

So they’re is a contracted form of they are or they were.

That’s a lot to take in. But don’t worry if you don’t understand this at first. Native speakers also struggle with the different theres!

Want to learn more? Visit our website today and you can take a trial class with one of our native speaking teachers, just like Zach!