All about the US election system 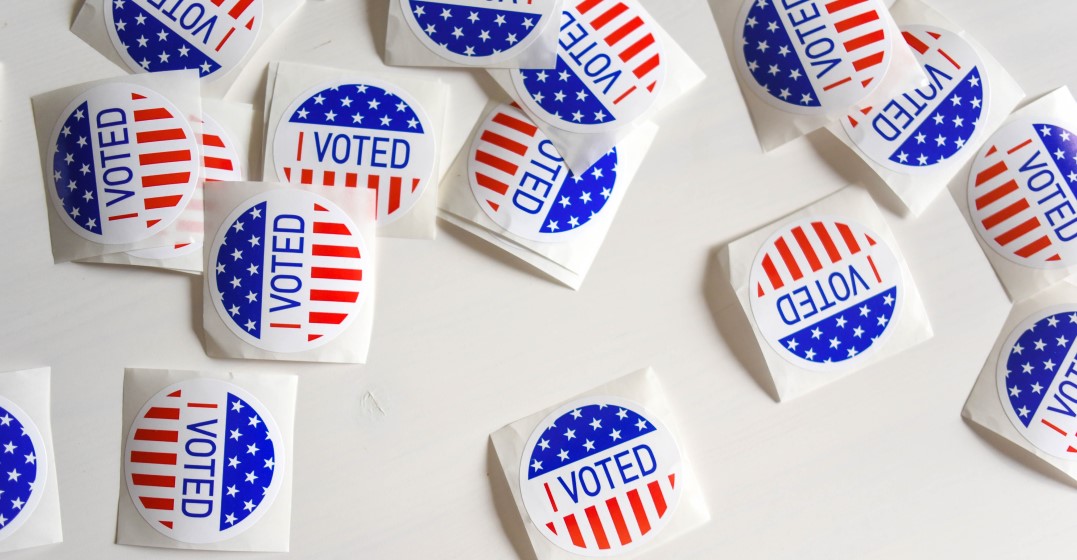 Wondering how the US election system works? We’ve got a complete overview here, as well as an update on the November 2020 presidential election.

When are the US presidential elections?

There are actually two elections that determine who becomes president of the US: primary and general. Here is how these work:

The primary election typically takes place anywhere between February and August depending on the state and their voting requirements. There are two types of votes: the citizens and political parties. Both votes decide which candidate will be the head of the party to run for President in the general election in November.

The general elections are held on November 3 every 4 years and decide between two candidates who will become the President and the Vice President. Both candidates typically run together as a pair. When people go to vote, their votes are counted for a group of people known as “electors”. Although some states have exceptions, if the majority of people vote for one candidate, then that candidate also receives all the electoral votes for that particular state.

What role does the electoral college play?

These electors are a part of the “electoral college”, which is composed of representatives from each state in proportion to the state’s population. There are also electors based on their state’s representation in congress, with a grand total of 538 electors. Each electoral votes once for the general election and the candidate with the higher number of votes becomes president. The new President and Vice President are then inaugurated in January.

What is the two party system?

As opposed to many other countries: the US uses a largely two-party system split between the Democrats and Republicans. There are also independent parties for a wide array of political backgrounds, but for Presidential elections these two parties tend to dominate most of the votes.

Despite their modern perception as having left-wing beliefs, the origins of the Democrats began quite differently (formerly known as Democratic-Republicans). The oldest existing political party in the US, they originally supported slavery during the 1800s and were popular among the Southern states. In the 20th century, a massive shift changed their beliefs to support minorities, women’s rights, environmental protection, and social security.

Republicans are a newer party (in US terms) that was founded in 1854 as a coalition to oppose slavery and to protect the rights of African-Americans. Nonetheless, today’s Republican party beliefs tend to lean right-wing, in that they are socially conservative, prefer a smaller government, fewer taxes, and less governmental interference with the economy.

How does voting work?

Understanding the differences between these two parties is important to make sense of the US voting system, because in order to vote, you need to register within a specific political party. This party then affects how you are allowed to vote based on where you live.

Each state has its own laws regarding how voting takes place (such as is the case with everything cultural as well). While some states do allow open voting (people are allowed to vote for the party of their choice), other states have closed voting (people can only vote for the party they’re registered with). Your party register is not a one-time, permanent thing and you can change in the future. The important part is that you need to update this in order to make casting your vote the most relevant for your political views.

In addition, there are other laws regarding how you cast your vote. Some states have enabled email voting, while others still require going to a polling station. However, with the recent developments with COVID-19, this year’s election will have drastically different voting regulations that are still under discussion. It’s always important to check your local governmental website to understand their specific voting regulations.

There is a third option that has become available as well known as absentee voting, meaning that you vote without physically being there at a polling station. This type of voting has been highly useful for Americans who live overseas, and is now an additional voting option during COVID-19.

Votes are counted by creating memory cards with information from scanned ballots. No matter whether you vote electronically, in person, or by mail, you need to sign the same voting documents. These documents are then gathered together at polling stations across the country. Once the votes are tallied, they go to the Secretary of State’s Office who publishes the official results on their website. After this, the electoral college casts its votes, and then the winner is publicly released.

What’s the status on the November 2020 elections?

COVID-19 has changed the entirety of the US electoral system. In an effort to lessen the spread of the virus, the current President Donald Trump created an initiative to delay the elections. The initiative has not gone through and the November 3rd 2020 elections will take place as usual. As per the voting results from the primary elections, the top candidate for the Democrats is Joe Biden, while the top candidate for the Republicans is Donald Trump.

From now until November, each candidate will spend immense efforts in their campaigns. As of today (September 15th), Biden has taken the lead according to initial voting tallies. But there is still room for Trump to make progress in the meantime. It’s also important to not to discount the votes of the electoral college, which can reverse the decision of the popular vote (votes by citizens), as was the case in the previous election with Trump vs. Clinton.

Due to the immense pressure on the voting systems to become digitised, yet still safe from hacks, counting votes will be more complex than ever before. We normally hear the results one day after the final votes are submitted, however this year it make take longer.

If you’d like to learn more about American culture and improve your English skills, visit the Lingoda website and sign up for our free 7-day trial today!