What the Heck is the Passive Voice?

What is the passive voice?

Have you ever felt lazy and out of shape after a holiday or festival season, and found it hard be energetic and efficient? An active routine, or a new gym membership can help you cut that holiday fat, and feel lean, trim and focused again. If we are not mindful, our writing can become unwieldy in a similar way. How can you get your writing off the sofa, and make it active again? The answer, as we will see, is understanding the passive voice. 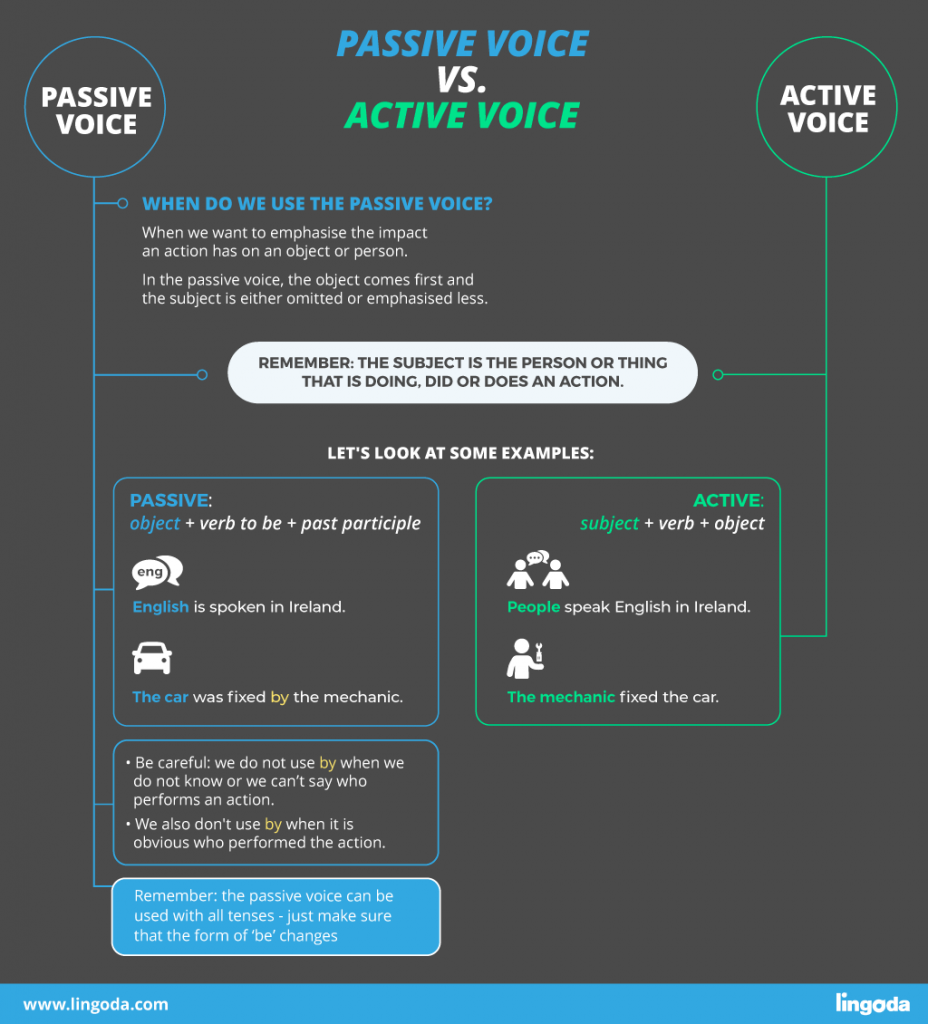 Is it wrong to use passive voice?

It is important to understand that it isn’t wrong to use passive voice. It can be useful in some situations! With it, you can make sentences more ambiguous, and obscure who is responsible for what. The passive voice is often used by politicians, as it can help to draw attention away from the person performing an action. Using passive sentences allows politicians to claim that something happened without having to explain who made it happen and how.

Isn’t that sneaky? As an exercise, consider the statements below – how do they conceal the truth or hide responsibility?

When to use it?

So, when should we use the passive voice? It can be useful in situations where the subject is unknown, or we don’t know who has made the action. For example, in a police report, you might write ‘The laptop was stolen’, because you don’t know who the thief was. ‘Someone stole my laptop’ doesn’t feel quite right.

The passive voice is also used in scientific writing – it can give a research paper a greater sense of objectivity, allowing the writer to separate themselves and their opinions from the data and research. It is also used in legal writing.

It can also be useful in fiction when you don’t want to reveal the identity of a character. In detective, crime, or mystery novels, the passive voice can help to create a sense of uncertainty and add a subtle layer of tension.

Use of the passive voice can allow a mystery writer to put more emphasis on the crime itself. ‘The necklace was stolen’ places more focus on the missing necklace than ‘Someone stole the necklace’, for example. You can see how it can help clever authors cultivate the interest of their readers! Feeling curious yet?

Does your writing look like it has been indulging in too many holiday treats? Has it been spending too much time on the sofa? It might be time to take your writing for a workout with Lingoda – try to be mindful and use the active voice most of the time in class. Unless your teacher asks you otherwise!