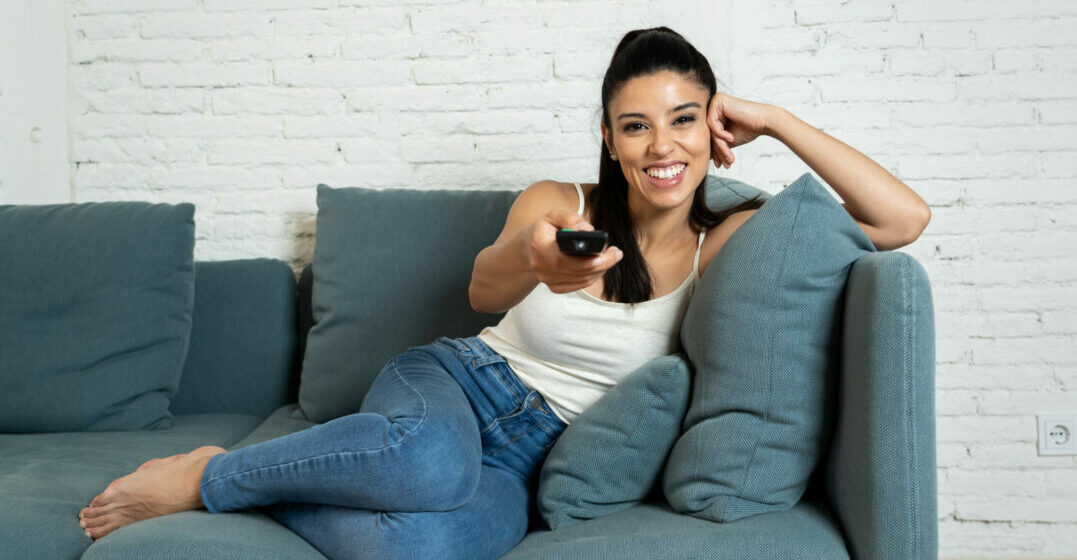 Let’s start with some of the most popular TV shows in Spanish on Netflix. This way you can keep up with the latest water cooler talk at work. These series are all available on Netflix in the US.

This is a wildly popular teen drama from Spain. Three working-class students are enrolled in an elite private school. Drama ensues and leads to murder.

Another popular TV show in Spanish from Spain (only one of Spain’s official languages) is about a group of criminals trying to pull-off the ultimate bank heist. This one will keep you on the edge of your seat. It is truly binge-worthy as each episode leaves you guessing.

This drama from Mexico has a touch of comedy and a modern nod to Mexican telenovelas (soap operas). A wealthy family appears as perfect and beautiful as their flower shop, but their secrets are exposed by the patriarch’s mistress. The mother of the family tries to save face and the family.

This gritty and bloody drama follows the saga of Mexican drug lords in the 1980s. While it is a dramatization, it’s based on real people and events. Real-life video clips and news stories are used to tell this captivating story. This has quickly become one of the most popular TV Shows in Spanish on Netflix.

Most of these shows are available on Netflix in the US and are light-hearted and less serious productions. So if you just want to sit back and enjoy a relaxing evening, this list is for you!

For fans of the US baking show, there is a version from Mexico. Watch some colossal baking fails by amatuer bakers on this Netflix Spanish series.

This comedy mockumentary is set in the 1990s Spain and follows Paquita Salas, a self-proclaimed hit talent agent. Paquita is played by gay icon Brays Efe, giving the show a cult LGBT+ following.

Have you seen or heard of America Ferrera’s show Ugly Betty? The original is actually from Colombia. Despite it’s low-budget looks, it’s a comedy series mega-hit that has been remade in multiple countries. Run a VPN in Mexico to access this Spanish TV show on Netflix.

This show is like the Muppets in Spanish from Chile. The simple puppets may seem like they’re for children, but this comedy show is for kids and adults who are kids-at-heart. Run a VPN in Mexico to access it on Netflix. Learn new Chilean expressions along the way on Netflix Mexico.

These true crime docu-series are perfect for those who want a Spanish TV show based on reality. They are all available on Netflix in the US.

Investigators use new evidence and interviews to revisit the murders of three young girls in 1992 in Spain. The case churns up broader social issues and discussions.

Murder by the Coast

After the murder of a young girl in Spain, suspicions turn to her mother’s lesbian lover. As more victims are discovered, the search opens an international manhunt.

How to watch a Spanish series on Netflix

The first step is deciding what kind of Spanish TV shows on Netflix that you want to watch. There are lots of great movies out there too. Watch actively, not passively.

Beginners, turn on the subtitles and audio in Spanish! It’s okay if you don’t catch everything. Focus on the gist while you listen. Try to catch the main theme or plot of the episode.

Intermediate learners, turn on the audio in Spanish language, but no subtitles at all! It will force you to focus on what you’re hearing and process the language. Listen for variations in accent and colloquialisms.

Watching Spanish TV shows on Netflix is a great way to improve your Spanish. Remember to use an active listening process to make the most of your time. Listen, read subtitles, and have fun with it.
Lingoda has lessons on talking about movies and TV shows with expert Spanish teachers. Register for a free 7-day trial today!