So you think you can speak a language?

But can you read bodies?

Body language and the way it expresses itself in different cultures remains almost nonexistent, if not completely excluded from most language manuals. You are way more likely to find pages and pages about indirect subjects or word roots than common gestures locals use.

This is an injustice.

Body language is crucial for achieving meaningful communication. In fact, it is a core pillar in becoming fluent in a language. While the specific percentage differs from study to study, it is generally understood that nonverbal communication can represent between 60 to 90% of the communication between people, depending on the culture and the individual. That’s a lot of body!

Join us as we get physical and explore the usefulness of body language, why it is one of the best language learning tools you’ll ever get, and what the main similarities and differences are between cultures. 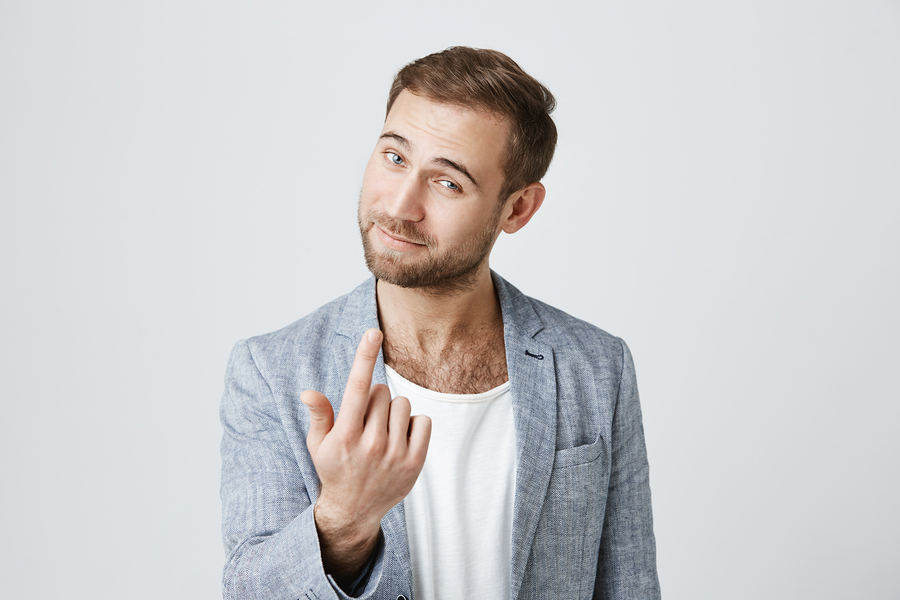 Why Body Language is Actually Crucial When Learning a New Language

If you plan on interacting with native speakers at all, know that body language can make or break certain moments. Showing that you understand subtle cues, variation in tone, local gestures and body posture can make a difference in a job interview, a business meeting, a date or a presentation.

Here are some benefits of mastering body language: 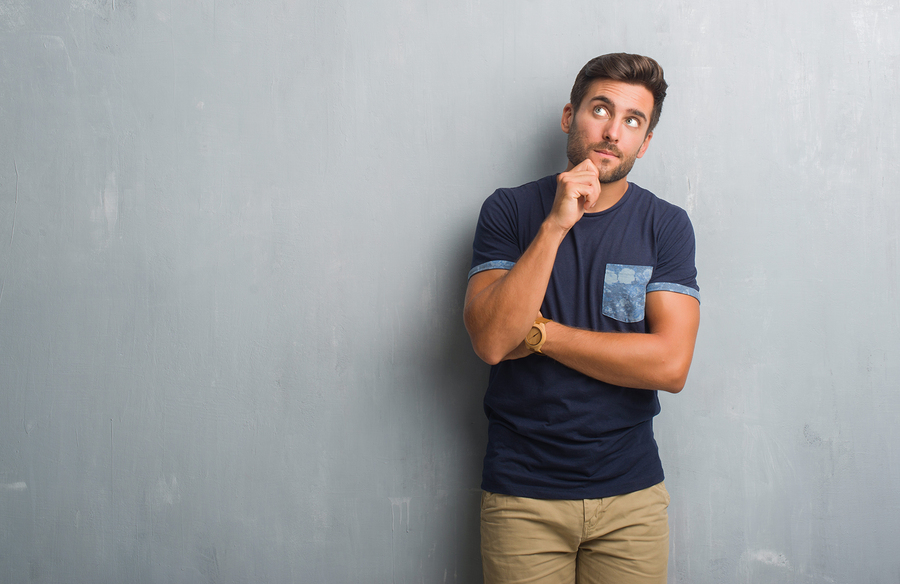 If you thought body language was overrated and that you don’t really need it to reap the previously mentioned benefits, think again. Body language is one of the most efficient language learning tools you will use. Here’s why: 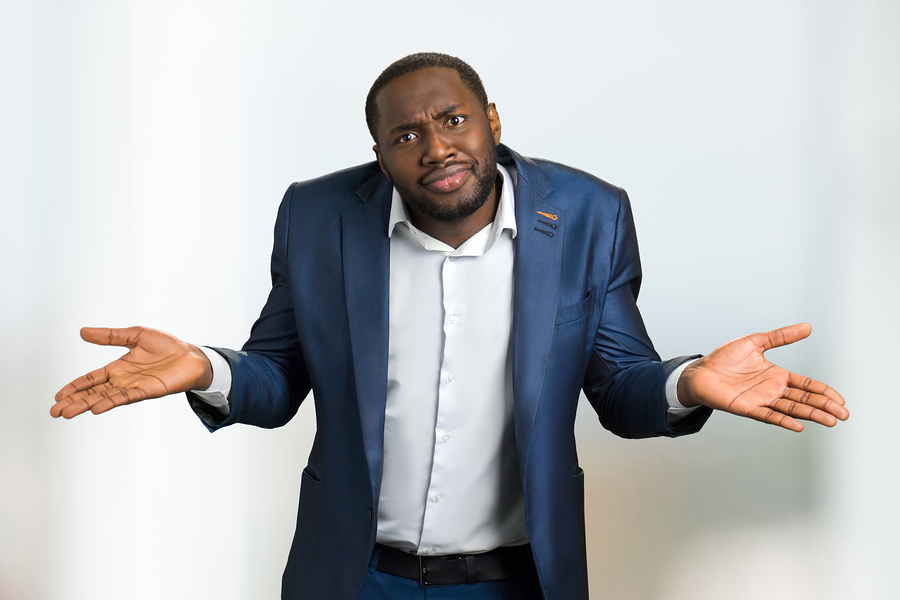 What Changes in Body Language from Culture to Culture?

Mediterranean cultures – such as Portuguese, Spanish and Italian people – tend to use their arms and hands a lot when telling stories. Indians often use head movements from side to side to signal understanding and agreement, which is not seen anywhere else in the Western world.

Eye blinks, wrinkling your eyebrows, showcasing your best “puppy face” or smiling nervously can all be interpreted and used differently depending on the country you find yourself in. In fact, even the way somebody interprets your facial expressions is likely to vary depending on culture.

Always go for an upright, balanced posture in Asian and Middle Eastern countries, where crossing your legs is a sign of disinterest, laziness or relaxation. This is in contrast with Europe and North America, where sitting cross-legged is quite accepted and even expected!

In Europe and the Americas, looking somebody in the eye reflects honesty, respect, and interest in the conversation. In fact, if you look away while somebody is talking, the speaker might assume you are bored, arrogant or easily distracted, if not insecure. In Asia, on the other hand, prolonged eye contact is often interpreted as a sign of defiance and offensiveness. The Middle East does value a healthy degree of eye contact as well, but this will largely depend on whether speakers share the same sex or not.

Silence is often seen as a sign of disinterest, misbehavior, awkwardness and rudeness in most of the Western world, but in other countries it is often interpreted as respectful and prudent (mostly in China and Japan). Trying to fill in the void and forcefully break the ice might not be wise in all cultures.

Is it one kiss? Two kisses? A handshake? A bow? Phew! Greetings can become a guessing game! Here’s a quick guide: in Europe, North America and Westernized cultures, use a firm handshake in business contexts and a kinder handshake for strangers, unless the person reaches out to kiss your cheeks. Don’t be surprised if your handshake becomes lengthier and softer in Southern Europe, with the other hand reaching to touch the shaking hands. In the Far East, a gentle bow will do, as firm handshakes can be considered aggressive. In most African countries a gentle handshake is the norm, but it will largely depend on familiarity and levels of formality.

Some countries point with their fingers, the head or by lifting the eyebrows, if attempting to be discrete. That includes most of Europe, Turkey and North America. However, it is not uncommon for Latin Americans and people in the Philippines to point with their lips! Speaking of the Philippines, be careful with the beckoning sign when visiting. Here, curling your index finger to invite somebody to come closer is often used for dogs only, and it might even get you arrested. Which leads us to…

Hand signs…almost all of them

The “a-ok” sign we make by creating a circle with the thumb and the index finger might work well in most countries, but in Brazil, Turkey, Iran and Greece it has an offensive connotation. 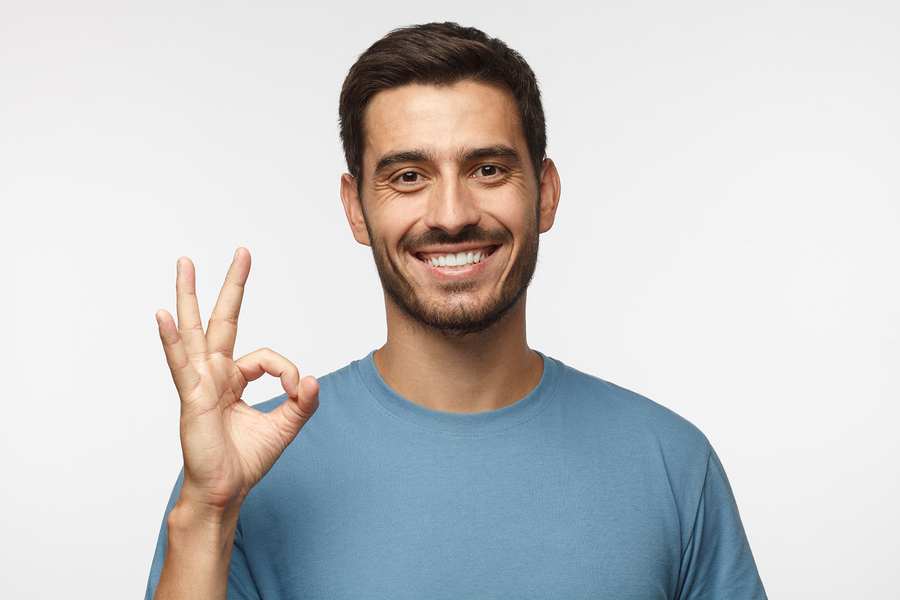 You might think your regular “thumbs-up” sign is harmless, but use it with caution in Latin America, West Africa and the Middle East, as it is considered an insult and has heavy sexual connotations. In Thailand, too, it is considered a silly gesture, as children often use it to defy parents and misbehave…similarly to sticking their tongue out! 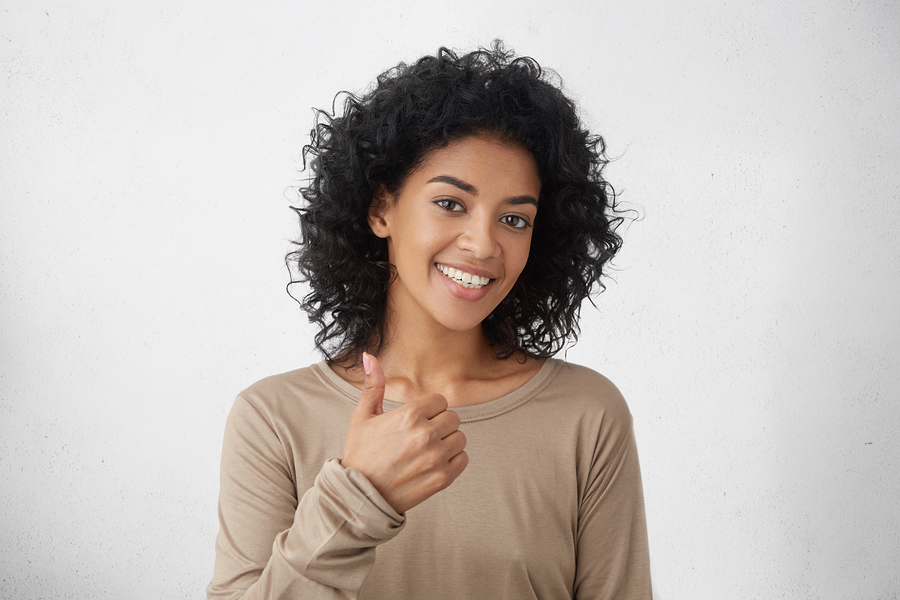 Think the “got your nose” gesture is cute? Not in Turkey – here, the gesture is the equivalent to the middle finger and should not be used to play with children! 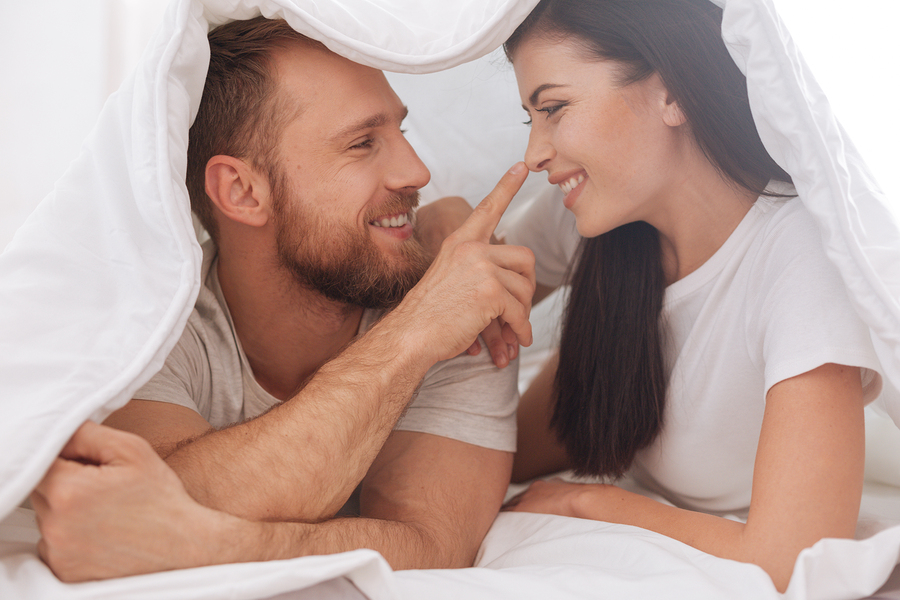 The “rock on” sign is frequently used in the United States. However, it is used in Europe only in the context of metal concerts, and not anywhere else. That is because it symbolises “horns” and is used to mockingly accuse a person of having been cheated on. 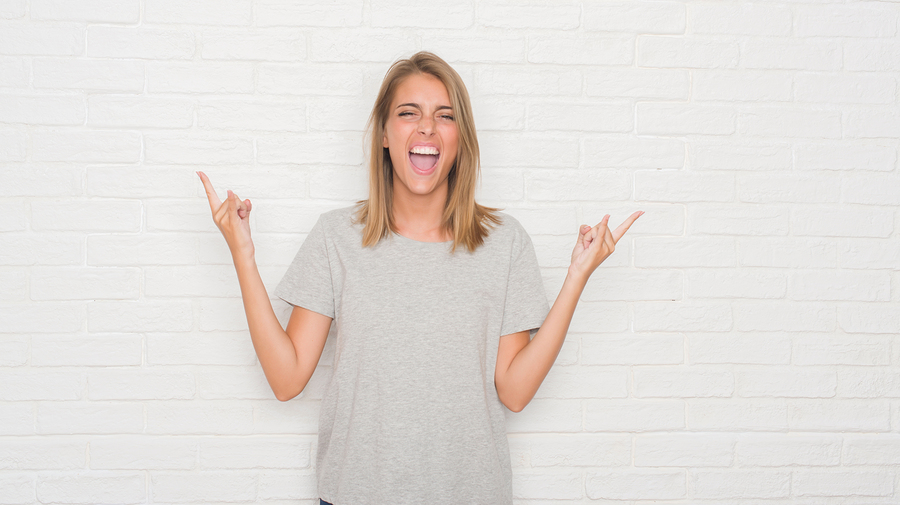 And What Remains the Same?

While levels of intimacy, eye contact, body contact and proximity change significantly from country to country, a kind smile won’t harm anybody and it is seen as pleasant around the world. What changes more often is how early in a relationship you smile, and whether you use it freely or save it only for your closest of friends.

Asking for the bill in a restaurant

At least in most countries – with Japan and the Philippines being two interesting exceptions – asking for the bill by gesturing with your fingers as if you are writing on air will do the deed.

Folding your arms in defiance, turning your back on somebody or doing other things while people are talking to you will be considered rude anywhere you go.

You might be surprised to know that there are 17 main facial expressions to convey happiness around the world, 3 to convey fear, 4 for surprise, 5 for sadness and anger and only one for disgust. It might seem like a lot, but considering the variety of countries and cultures around the globe, it isn’t much! Basic emotions will always be easier to understand between cultures. However, this does not mean that all emotions are expressed equally around the world. 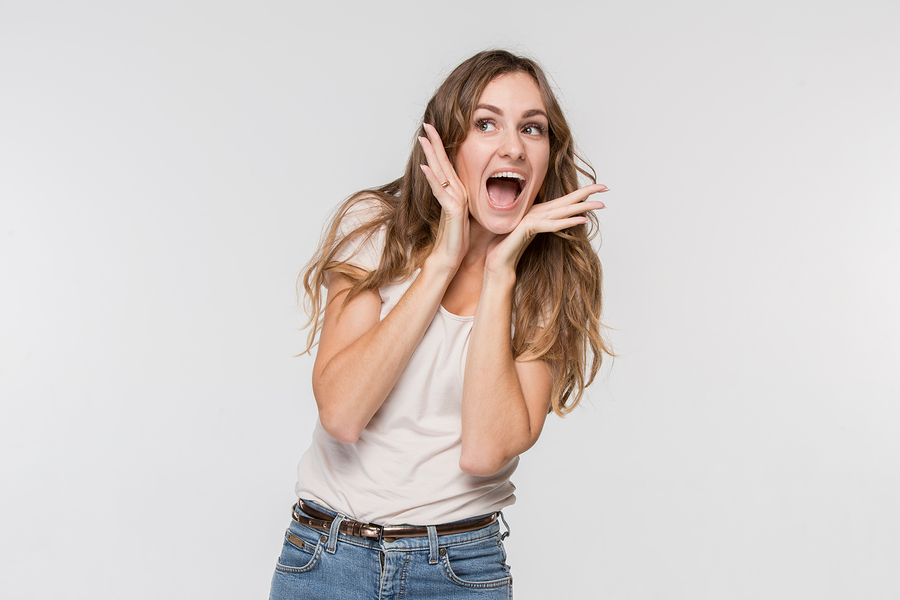 A couple of gestures remain similar across the globe

Showing your palm to indicate you would like a person to hold on or stay still is common around the world. Use with caution, as sometimes it could be interpreted as rude or aggressive. Be particularly careful in Greece, where showing your palms to a person’s face is often interpreted as an insult.

Creating a V shape with your index and middle finger while keeping your palm facing outward is generally understood around the world as a sign of peace or victory. Careful not to turn your palm inward, though, as this will be insulting in the United Kingdom, Ireland, New Zealand and Australia.

This highly insulting gesture speaks for itself and is common to almost all countries. 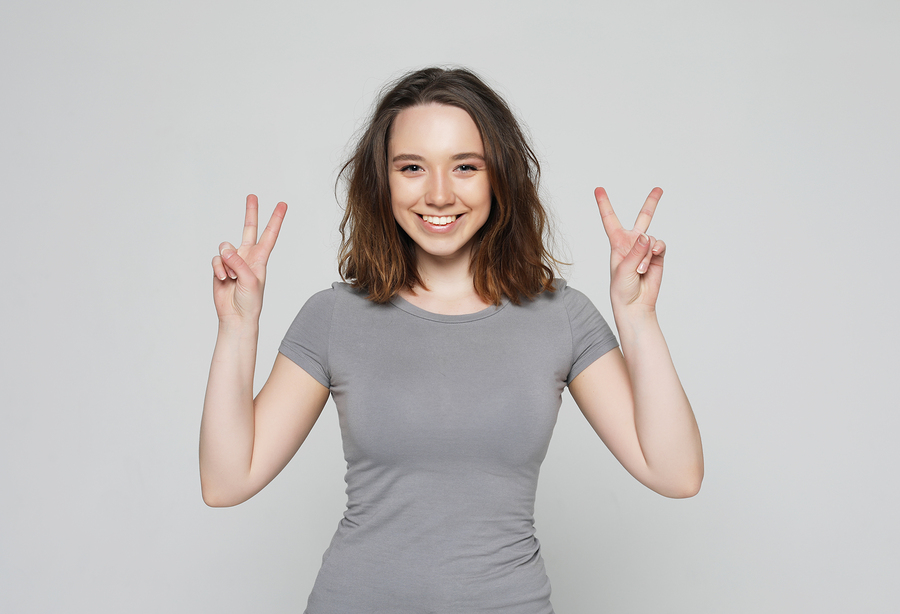 So How Can You Improve Your Body Language?

Evidently, there are several videos posted by locals themselves which will help you understand gestures, posture and common ways of reacting in any given country. But here’s a quick tip: don’t neglect foreigners either! Immigrants and tourists can provide valuable information about a country’s body language, because as outsiders they could notice some details even better than a local might.

A great way to develop self-confidence and stop being so self-conscious when practicing a new language is becoming an observer. Think of yourself as a detective whose mission is to study locals as closely as possible, if that helps. Turn it into a game – notice reactions, gestures, change of tone, and especially how people react to great news, bad news, surprises and jokes.

Every time you get the chance, imitate what you have observed and notice people’s reactions. It’s better to practice before finding yourself in a tougher situation (such as a job interview), so don’t worry about the fact that you might look ridiculous or weird. In fact, locals will often compliment your “natural” feel and find you cute for acting the way they do!

Pay attention to the fact that body language might also change from region to region, especially in very big countries. One rule might not apply to all, so make sure you focus on what makes sense in your particular case. 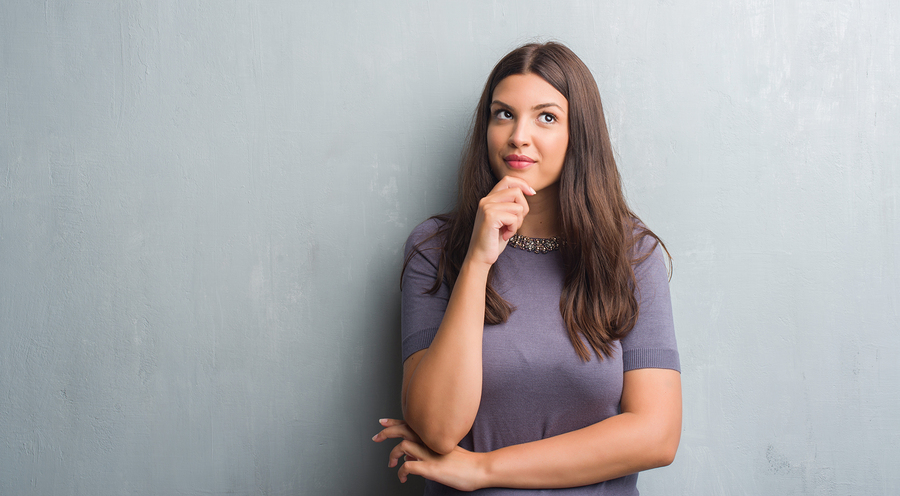 After so much talk about gestures, facial expressions, accidentally offensive moves and posture, you must be thinking: “Please, bring my grammar tables, my cases and my adverbials back! I give up!”

However, just like any other language, body language can be studied and learned step by step. After all, learning it could be the difference between a successful encounter or a missed opportunity. It might not be as easy as it seems…but here at Lingoda we are always up for a challenge!