The 5 best Spanish movies on Netflix 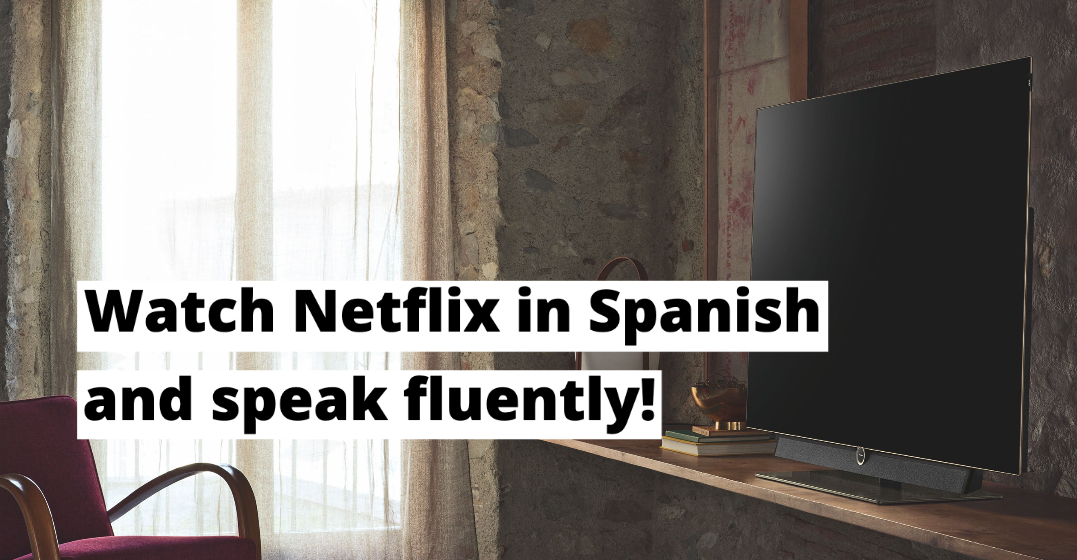 Have you ever tried to learn Spanish at home by watching movies? Online Spanish lessons can get you pretty far, but supplementing classes with more entertaining learning methods is also smart. We’ve talked about podcasts, books, and social media accounts to follow for learning Spanish. How else can you learn Spanish online? It’s time to Netflix and chill. Yes, we literally we mean chill out and watch Netflix in Spanish! Total immersion via Netflix is the new black. Here are the 5 best movies in Spanish on Netflix.

With tutoring, you can be fluent in Spanish in 3 months, but immersing yourself in Spanish-language entertainment brings the fun. What are the benefits of watching Netflix in Spanish?

Watching movies in Spanish is cool. Even if you don’t catch 100% of the dialogue, you passively reinforce correct Spanish. Nothing beats a little “edutainment,” right?

Spanish movies on Netflix or movies in Spanish on Netflix?

Let’s clarify. There is a difference between Spanish movies on Netflix and movies in Spanish on Netflix. Spanish movies are films produced or filmed in the country of Spain. They likely have a Spanish director and Spanish actors.

Movies in Spanish will include any film produced in a Spanish-speaking country. With over 22 Spanish-speaking nations, this widens your viewing options to a large selection of genres, innovative filming styles, and diversity within the Spanish language. Remember, not all countries speak the same Spanish! As a language blog, today we are talking about movies in Spanish rather than the former. Here are our suggestions.

This Oscar winner from director Alfonso Cuarón follows the life of live-in housekeeper Cleo (Yalitza Aparicio) as she works for a middle-class family in the Colonia Roma neighborhood in Mexico City. This movie made our list of best Spanish movies for learning Mexican Spanish. It depicts the real event of a violent attack on students in CDMX in 1971. This movie gives you Spanish, history, plus culturally relevant exposure to the indigenous language of Mixtec.

This movie follows a group of young business partners who committed a crime. Getting caught means seven years in jail. The drama unfolds as they decide who will go down for the crime. This is a good movie to watch for anyone studying business Spanish. The dialogue includes corporate catchphrases and informal chat between professionals.

You’ve seen the animated tear-jerker Coco from Disney/Pixar. The character for singing idol Ernesto de la Cruz is a mash-up of Jorge Negrete and Pedro Infante, real-life Mexican singing legends from the 1940s-50s. Como Caído del Cielo  is a comedy about what would happen if Pedro Infante was sent back to Earth to clean up his womanising ways. This movie brings the dad jokes.

Elisa & Marcela tells the true story of Spain’s first same-sex marriage. Though illegal in 1901, Marcela Gracia Ibeas and Elisa Sánchez Loriga fell in love while studying to be schoolteachers. Their paths cross again in Galicia, Spain where Elisa adopted a male identity so they can marry in the Catholic church. The movie follows them as they run from the law, the church, and news reporters all the way to Argentina while trying to live married life without persecution. Famous in the international LGBT community, this movie is a good one for love, romance, and poetry vocabulary.

Not a movie, but we’re including this one for the hype. Casa de Papel, meaning The Mint where money is printed, became the most popular viral series in any language on Netflix during the pandemic. It’s an Ocean’s Eleven-style heist with the edge-of-your-seat drama and shocking reveals of a telenovela. This 4-part series was filmed in Spain and dubbed into 4 languages. Available in German, English, Spanish, and Polish, we obviously watched the original Spanish to pick up a proper Spanish accent.

That’s a lot of screen time, but with current health measures due to coronavirus, we’ve got the hours to put in. Did we mention your numero uno (number one) favourite movie on Netflix in Spanish?

Tell us which one you watched by chatting with a native speaking Spanish teacher. Start perfecting your Spanish with a free 7-day trial from Lingoda today.