Spanish and Go: Learn Spanish and Travel the World!
by Lingoda Team
February 22, 2019 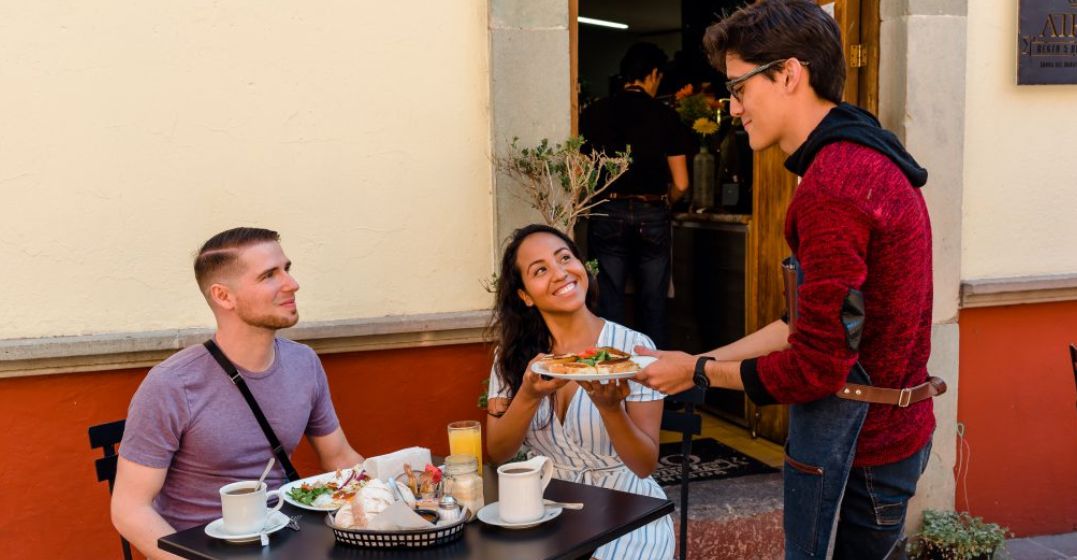 Learn Spanish and travel the world!

That’s Spanish and Go’s mantra.  We are thrilled to have partnered with Jim and May whose goal is to bring Spanish learners closer to experiencing the Spanish culture, meeting the locals, and appreciating the beauty of each country where Spanish is spoken.

Jim is taking the Lingoda Full Marathon, and will be documenting his learning experience on YouTube! Don’t miss anything by subscribing to their YouTube channel.

We caught up with Jim and May to ask them a few questions about life as a YouTuber, travelling, and learning languages!

You’re a bilingual YouTuber, how has knowing more than your native language affected your life and/or career?

[Jim] Working online while being fluent in Spanish and English opens up a world of possibilities. Since we focus on Spanish for travellers specifically, it’s a lot easier for us to partner with local businesses and tourism boards in Spanish-speaking countries. For example, we went to a real restaurant in Mexico to record our video on “How to Order Food in Spanish.” We also went shopping in real local Mexican stores for our “Shopping in Spanish” video. This teaching method is what sets us apart from other Spanish learning resources, and being bilingual makes it a breeze to produce these world-real situational videos. 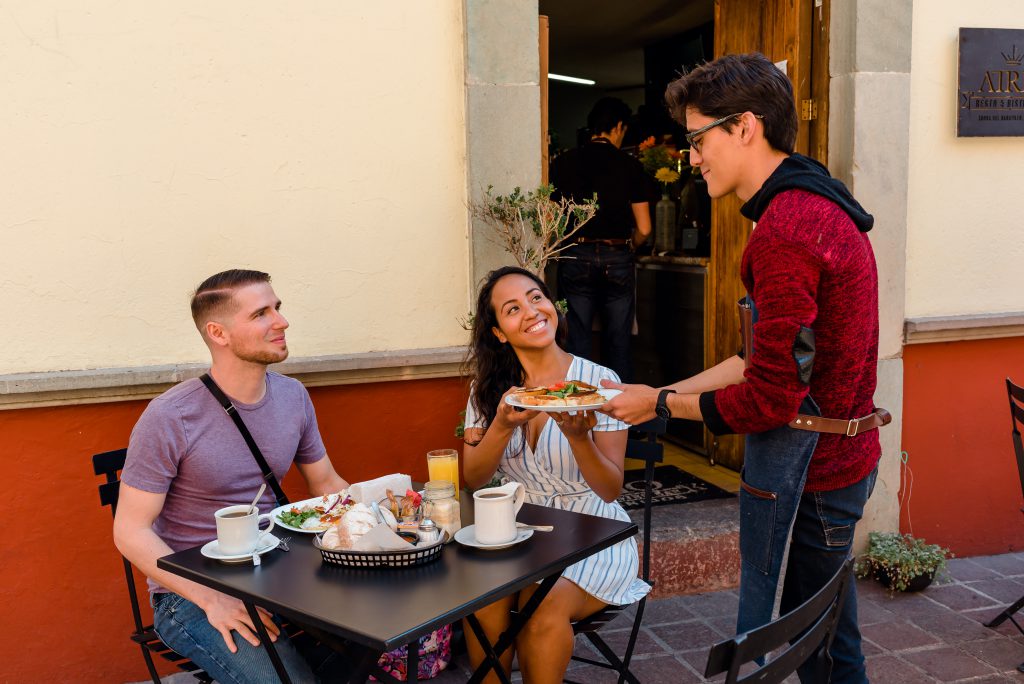 What is a “YouTuber” exactly? What does your daily life consist of?

[Jim] Great question! Basically, we try to find questions people are asking about Spanish and travel and then turn them into informative Youtube videos. We’re fortunate that we get to work from anywhere there’s an internet connection and come up with ideas for video that inspire us. We have record days and we have editing days. Ad revenue from Youtube, affiliate income, and sponsorships make Spanish and Go a sustainable project that helps thousands of people travel and learn Spanish every day.

What are the advantages of learning Spanish?

[May] The advantages of learning a second language are commonly related to cognitive benefits. For example, better problem-solving skills, improved memory, and enhanced concentration. For many more people the advantages go beyond having a healthy brain. Learning a second language connects you with people you would have never been able to connect with if you didn’t speak their language. Just think about this for a second; Spanish is spoken in Spain and in Equatorial Guinea in Africa. In Latin America it is spoken in 16 countries. And it is also spoken in three islands of the Caribbean (Cuba, The Dominican Republic, and Puerto Rico). That’s 21 countries and territories in the world where Spanish is the official language! If we also count the USA (whose Spanish-speaking population is even larger than the entire population of Spain), Belize, Andorra and Gibraltar where, even though Spanish is not the official language, it holds a special status in the education system and official documents, that’s 25! 25 countries around the world where speaking Spanish would connect you with a massive number of people otherwise impossible to connect with! 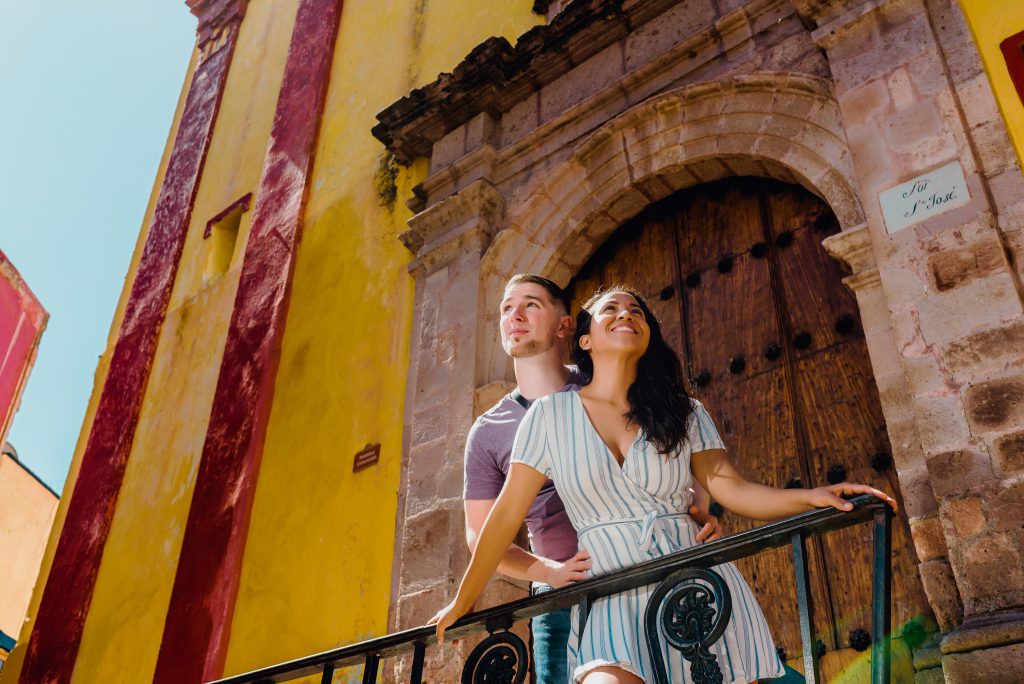 You’ve travelled the world, how has learning languages enriched your experiences?

[May] Knowing the language of the locals of the places we visit has been a huge advantage and it’s exactly what we want to help others with. There’s no better way to learn about a place and its culture than talking to the locals and learning about the country through them. When we visit a new place, we don’t just want to go to the touristy areas. We don’t just want to spend two days there and pretend to know everything there is to know. We want to connect with the people and hear about their culture and traditions directly. Just a few days ago we spent most of our day with a Puerto Rican lady, the mother of a new friend here in Puerto Rico. She took us to the bank to help us open an account, we went to her house, we had lunch together, we drove around the area, she told us about her family, and we talked about Mexican and Puerto Rican food. None of this would have been possible if we didn’t speak her language. For us this is the best reason to learn a language. To connect with the people of the places we visit. To learn from them, to be able to tell their stories in the best way possible. Yes, you can visit a place not knowing any of the native language (like many travellers do), but if you can’t speak the local language, you’re missing on the most important aspect of a country, its people.

Check out the video: Beginner Spanish Phrases Every Traveller Needs to Know

You are very busy! How do you make time to learn languages, and keep your existing languages fresh?

[Jim] In one word: discipline. I grew up playing video games fanatically, and I still have that same mentality when it comes to languages. Every day is an opportunity to level up. I’m the kind of guy who gets bummed out about losing my Duolingo streak! So, having a strong commitment to getting just a little bit better every day show I keep my Spanish fresh. Right now, that means doing the Lingoda Marathon. It’s a huge time commitment, but it’s sort of gamified. I will not lose my streak, and I will attain my C1 certification and nothing can stop me. Completing each chapter and seeing my progress is addictive. 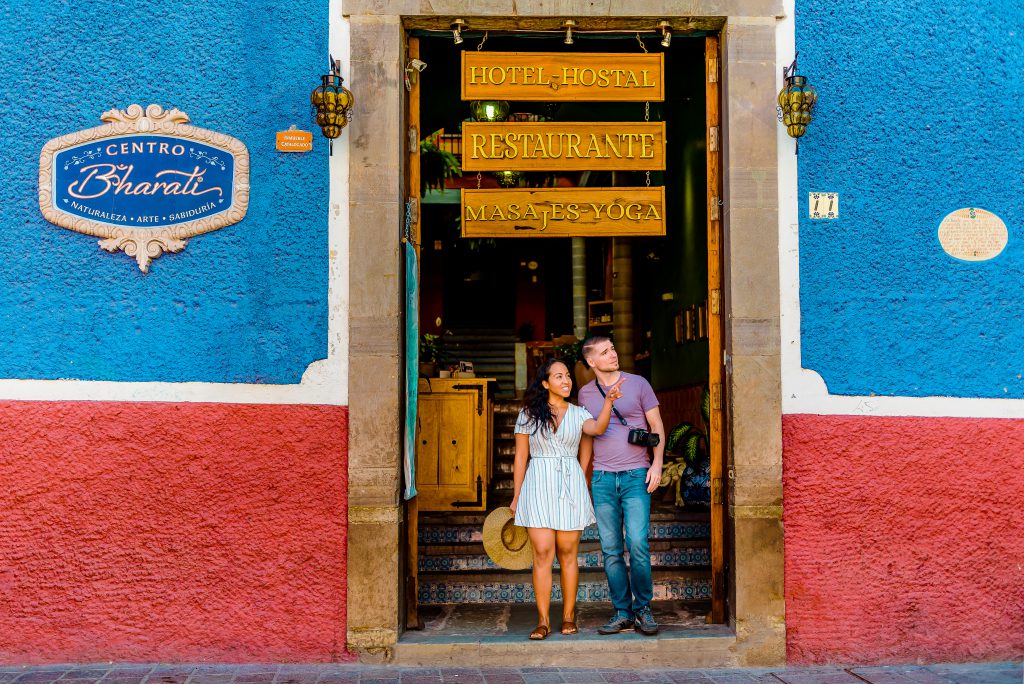 As a couple, have you ever had any funny or awkward moments when trying to communicate together? Could you tell us about it?

[Jim] May and I speak Spanish at home all the time, so there have been quite a few funny moments. The ones that stand out most to me are when we’re at my May’s mom’s house and I hear a new word. I’m always trying to get better, so I try to repeat new vocabulary at least three times out loud, and then write it down. But even then, sometimes I end up distorting the word in conversation, much to May and her mom’s entertainment. For example, when I learned the word “cuachalote” in Mexico (a very slang word for messy or poorly dressed ) I ended up somehow changing it to “chacalupo,” which doesn’t mean anything, but that’s the first word that came to mind. Ever since then, that’s the word we use at home.

What advice do you have for anyone who may want to learn a new language…. or even start a YouTube channel?!

[May] Patience, dedication and commitment. It takes time to accomplish anything worth accomplishing. Don’t expect to buy a grammar book or pay for a course and be fluent the next day. Language learning is a marathon, not a sprint. Unfortunately, in today’s culture when people seem to be obsessed with hacking and multitasking, learning a language can be stressful when you don’t seem to be getting the results you want fast. But learning a language can’t happen like that. That’s why we have partnered with Lingoda, because we truly believe in the power daily practice.

Now that Jim is doing the Marathon it’s clearer to us that you have to lay out your priorities and dedicate time to the goals you set for yourself. Do you just like the idea of speaking a second language or are you really committed to making it happen? Same thing with starting a YouTube channel. Don’t expect to buy a camera and be an expert video producer. You need to put in the time to perfect your craft. When we started our channel we had a different idea of what our videos would be. We didn’t really know how to capture the kind of content we wanted to share with people. It took a few awkward attempts to develop a better idea of what we wanted to show. 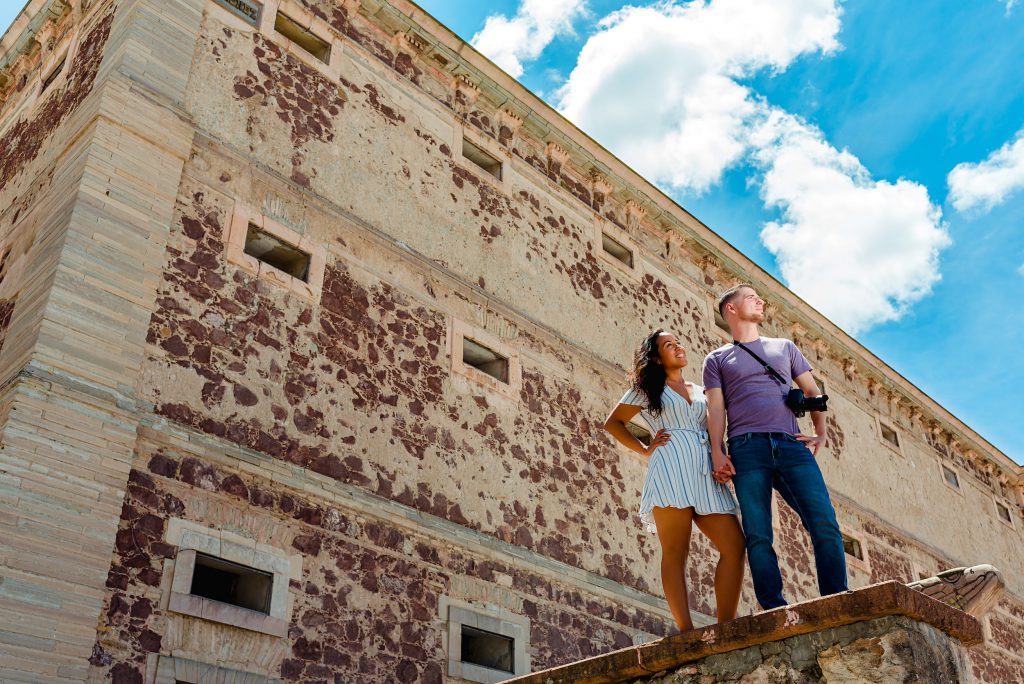 Finally, what tips would you give someone who is new to language learning?

[May] I’d say that you have to make learning fun for you! We’re all very different and what works for some may not work for you. Find the resources that make you want to learn more. For example, I don’t really read books in Spanish (my mother tongue). It sounds horrible, I know! But the reason I don’t read in Spanish is because I love listening. Listening is my preferred method of learning anything. So whenever I’m cooking, or on a bus, etc. I like to listen to audio books or podcasts in English or in French. This is a great way for me to learn new words and phrases and practice my listening skills. Once you’ve found what you enjoy, also dedicate some time to go over basic grammar rules and verb conjugations on your own. Practice with a book like “Margarita Madrigal’s Magic Key to Spanish” and write down the parts where you’re having trouble. Last but not least, find a language partner or an online teacher who can answer your questions and help you practice what you’ve learned. Basically, sign up for lessons with Lingoda!

So there you have it! If you’d like to see your Spanish skills dramatically improve, head over to out website and sign up for your perfect course plan today.