If you find yourself quietly whispering to yourself while sorting out your tenses in English – don’t worry, even native speakers do this with reported speech.

Reported speech is shorthand for telling someone else what someone said.

See? Even that is confusing. It can get messy, even if you’re a native speaker. Let’s look at some fun reported speech examples.

Let’s pretend you and I are planning a party. We’re sitting in a coffee shop with our phones out. We are deciding who we’re going to invite, and what food we’re going to make. This will involve a lot of reported speech rules. One of the main things to watch out for is your tenses. If we’re talking about something someone said in the past, it’s all in the past.

Simon said he broke up with Isembard. I told him he should not have dated someone named Isembard in the first place.

Everything happened in the past so I’m using ‘broke’, ‘dated’, and ‘named’ here. These are all finished events. Unless Simon starts dating Isembard again without telling me, and frankly, I was a bit snarky about it so fair enough.

Not all verbs shift the same way, though, this is where it gets confusing. Sarah is vegan, but you’re telling me what Archie said last time you saw him.

Archie said Sarah had eaten meat at Simon’s BBQ, even though she said she was vegan.

To change ‘Sarah is vegan’ through reported speech, you say ‘she said she was vegan’. However, when Archie is telling you about one event in the past, Simon’s BBQ, he reports ‘Sarah had eaten meat’.

BBQs are tough though, am I right? Let’s not judge Sarah. 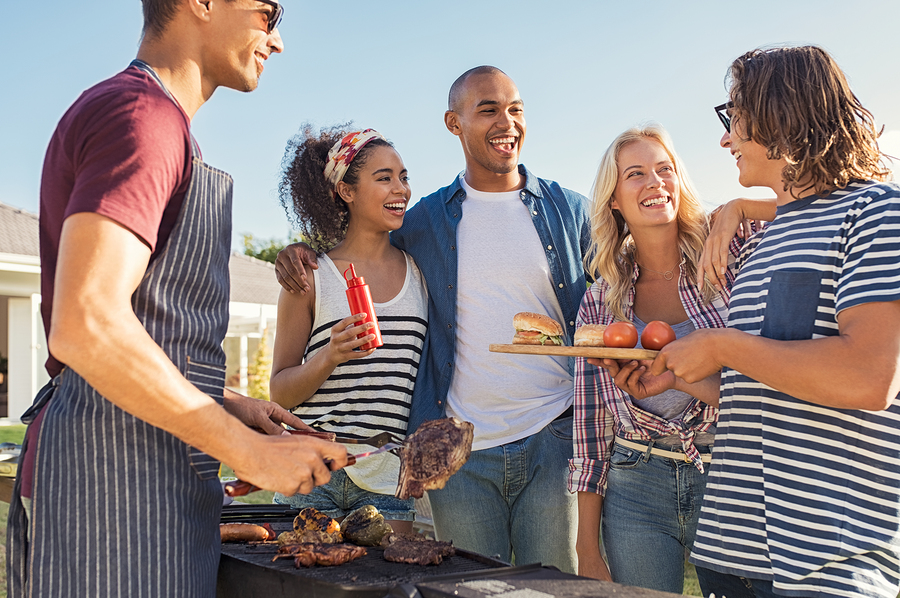 We’re getting deeper on our guest list here, and we really should have made a Facebook event or something because this is confusing. I report back on what I’ve heard from our friends.

Simon said he would come. Sarah said she might come. Archie said he should go, but I think he meant he had to leave right now.

In reported speech, these modal verbs stay the same. Sarah would say to me: ‘I might come’, and when I told you, it comes out: ‘Sarah said she might come’. You have to change the pronoun, of course. If you use too many pronouns in reported speech it gets very confusing, so it’s best to use names whenever possible.

He said she said

When we get a couple layers deep, even native speakers have to think for a second.

You spoke to Clarissa and Saffron, who passed on messages from Viola and Muffy. At the time, the conversation went like this:

‘Muffy can’t come, but she’s so very sorry about it,’ said Clarissa. ‘Viola will be coming, but she will be late as her boyfriend has a yachting event that afternoon,’ said Saffron.

When you tell me about it over coffee, you say:

Clarissa said that Muffy cannot come to the party. Saffron said that Viola and her boyfriend will be late.

And I tell you I think your Swiss boarding school friends are a bit intense. But spot the ‘will be’ in Saffron’s reported speech example, because this has not yet happened, it’s not in the past tense.

Tenses in reported speech take a little while to get the hang of, but you will find even native speakers make the occasional mistake with it. Don’t stress and just go for it. Oh, and our party went really well but Viola ran off with Isembard, so don’t tell Simon.

Work through your reported speech skills with a native speaking teacher. Book your free week trial and you can experience three group classes!