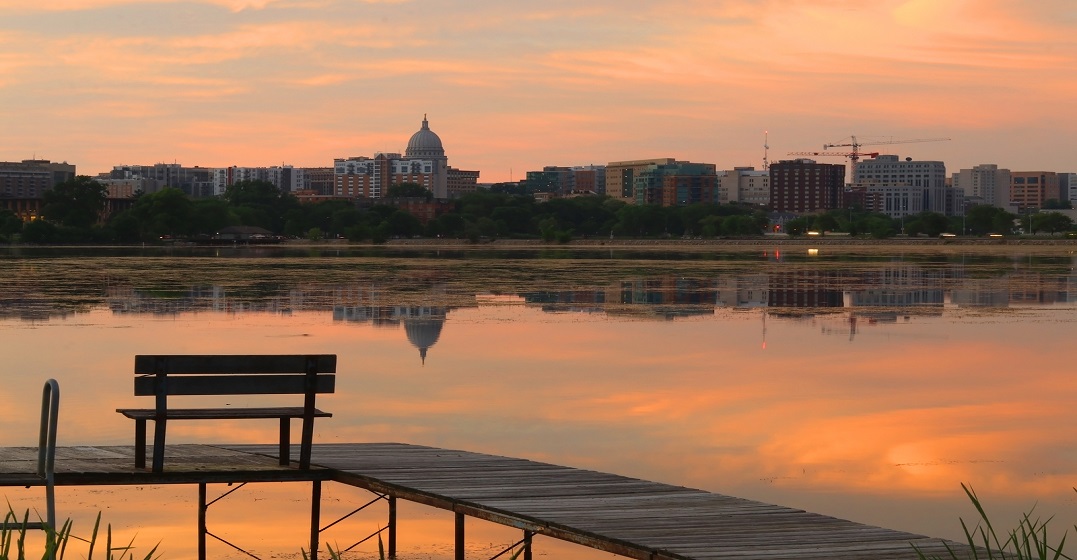 New York is an incredibly attractive city. It is the city tourists often decide to visit when travelling to the United States and its cosmopolitan population make for an inimitable atmosphere and charm.

It is therefore no wonder that it has been chosen for the scenery of many movies, from all-time classics such as Breakfast at Tiffany’s (1961) and The Godfather (1972) to superhero movies featuring the likes of Spider-Man and other Marvel characters.

Whether you are currently looking forward to a trip to New York or just generally interested in this fascinating city, we have selected 10 of our favorite movies set in New York. Not only will you get the chance to get a glimpse of the city, this is also your chance to train your ears and be able to understand New York City English, a dialect that has been described as one of the most recognizable in North America.

New York I Love You is a collection of ten love stories that take place in New York. Each story was shot by a different director and transpire in a different neighborhood. It manages to show the city’s diversity, its multiple facets and dimensions. It paints a great portrait of New Yorkers and love in the city, and through each director’s different angle it weaves an enchanting patchwork.

Black Swan, the story of a ballet dancer, was an incredibly successful movie starring superstars Natalie Portman and Mila Kunis. This movie will give you a chance to see many prominent buildings and areas of the borough, such as Broadway and the Lincoln Center. As you may know, Broadway is the heart of the performance arts scene and the area has even given its name to a type of theatre called Broadway theatre, making it a highly relevant area of NYC.

New York may not be the capital of the United States, though it is definitely, among other things, the country’s capital of fashion. This 2010 documentary explores the life of fashion photographer Bill Cunningham, who spent most of his career immortalizing New Yorkers in stunning candid and street photographs. Most of his work was dedicated to the borough of Manhattan and he had the chance to photograph many celebrities such as Greta Garbo.

You can get a taste of his work by taking a look at his weekly gallery on the New York Times’ website, On The Street.

This movie is based on the bestselling novel by Jonathan Safran Foer. It is a great movie to discover New York since its plot takes the main character all around the city. The movie revolves around a little boy whose dad was a victim of the terrorist attacks on the World Trade Center on September 11, 2001. When looking through his father’s belongings, the boy finds a mysterious key and decides to find out what it opens and what its story is. All in all, it is a very moving story that effectively describes post-9/11 New York.

2 Days In New York is a romantic comedy directed by Julie Delpy. It is a sequel to 2 Days In Paris and focuses on another episode in the life of a French-American couple. Whilst 2 Days In Paris was about the couple spending time at the woman’s parents in Paris, this movie centres around her family visiting them in New York. Through these two eventful days the movie highlights New York’s cosmopolitanism perfectly.

Blue Jasmine is one of Woody Allen’s latest works. It is set both in San Franciso and New York, which will allow you to compare both cities and get a better grasp of what differentiates New Yorkers from the inhabitants of other American cities. The film is about a woman who moves from New York to San Franciso to stay with her sister in order to get back on her feet. The fact that she is a rich Manhattan socialite influences her behavior and expectations and leads to many incongruous situations and reactions from her part.

This was one of the most anticipated movies of 2013, and rightly so. The main character is played by Leonardo Dicaprio, and even though the movie is set in the late 80s, its plot is still very relevant considering the recent economic crisis. The movie shows the decadent and sometimes over-the-top lifestyle of some of the city’s inhabitants. Logically, it is mostly set in Manhattan, one of the city’s most upscale neighborhoods.

Birdman was nominated for (and won) many prizes when it was released. It is filmed in a way that makes it appear as a single shot, thus making it very interesting to watch. It features many incredible actors such as Michael Keaton and Emma Stone, as well as another iconic Broadway location: St. James Theatre. Due to it being an industry traditionally associated with New York, Broadway theater is a central topic of this satirical comedy-drama movie.

Music is also a central part of New York, as a city home to numerous musicians and bands, a great deal of which moved here to “make it” and launch their career, an aspect perfectly highlighted by. Whiplash focuses on a prestigious music conservatory and some of its scenes were filmed in Brooklyn, a part of New York favored by many the city’s artists.
Trainwreck (2015)

Trainwreck is both written and starred in by comedian Amy Schumer. This movie is a perfect depiction of modern love and New York’s dating scene, famous for being difficult to navigate. Watch it to get to know more about the way ‘real’ New Yorkers live and, of course, for a good laugh.