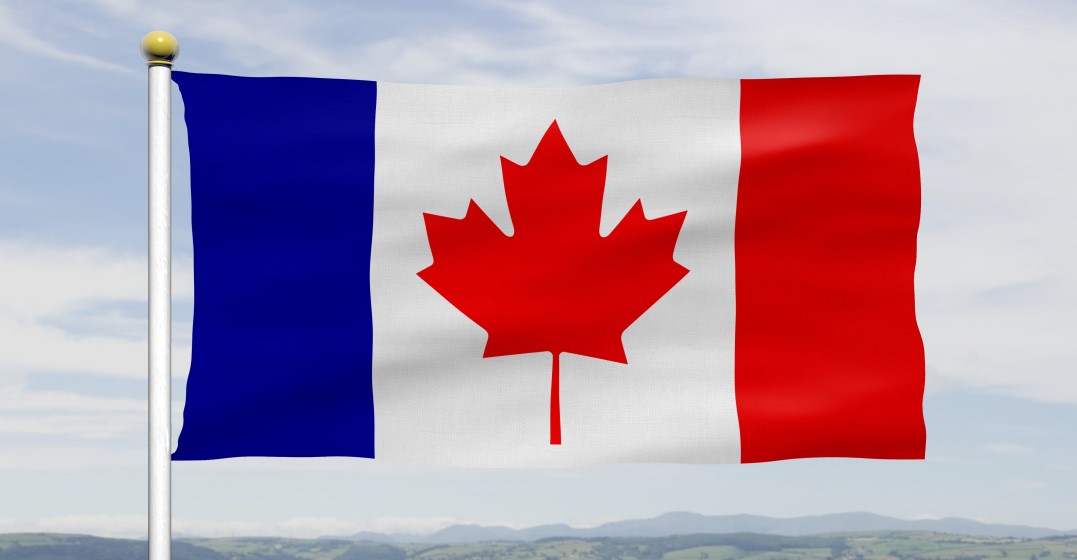 To make things really confusing, when written, both languages appear nearly identical. For instance, as a child growing up in Canada, I learned French from a young age. The French I learned from textbooks was Metropolitan French, and when you listen to the official news broadcasts on the Canadian Broadcasting Corporation (CBC) radio, the French is quite clear and straightforward. Switch over on the CBC Radio 3 podcasts to hear cool Quebecois hip hop, and it’s… clear as mud if you’re used to Metropolitan French.

History lesson time. When French people started arriving on the land of the Abenaki, Kanien’keha:ka (Mohawk), Huron-Wendat, and Wabenaki peoples and building settlements in the 16th and 17th centuries, they were originally from the north of France. The languages and accents of Normandy and Brittany prevailed. However, for ten years in the 1670-80s, the King of France sponsored unmarried women and widows to move to Quebec, to ensure the population of French people living there – about 800 women from in and around Paris were sent.

The Quebecois version of French ended up sounding quite a bit like the French of Paris from the late 17th century. However, after this period, Quebec didn’t maintain close ties with France, and the language stayed as it was, incorporating a few English and First Nations loanwords. By the 1960s, Quebec became fiercely protective of its language and identity, and any incorporation of English words was massively discouraged. Metropolitan French, however, continued to cautiously take in English words.

Don’t rent a horse and cart

This means we end up with some funny differences in casual spoken Metropolitan French and Quebecois. For instance, you will hear people discuss what they’re doing at le weekend in France, but in Quebec, someone will pointedly inform you they are trying that new poutine place la fin de semaine. If you mentioned sending someone an email in France, that will pass without comment (mostly, don’t ask any government ministries), but you will be sending a courriel in Quebec. If you want to go buy something, in France you would faire du shopping, but in Quebec it is faire du magasinage. One of my favourite old French words that made it through in Quebec is le char, which they use for car. It would be a cart or even tank that you fill with something in France, where they use voiture for car. So don’t go asking for a char loué, ‘rental car’, in France, or you’ll end up with a cart horse or a propane tank for the BBQ.

The real difference comes in the accent though, and the little vocal grace notes that are added into speech. For example, even when no ’t’ exists in the word, a little concrete ending will suddenly appear on a word like ici, ‘here’. A sentence like Que c’est que tu fais ici? in Metropolitan French, ‘What are you doing here?’, will end up sounding like Sec tu fais icit?, with that last ’t’ vocalized, in Quebecois. That also neatly illustrates the Quebecois love for shortening common bits of sentences. The whole que c’est que bit, that you spend so much time learning to use, ends up all crammed into one syllable, sounding like ‘sec’.

Adding in little extra oomph to your consonants before vowels is common in Quebecois French. In a common phrase like Je suis allée, ‘I went’, in Quebecois, there would be a nice little ‘ts’ sound at the end of suis. Metropolitan French speakers do pronounce that final ’s’ a bit more to make it clear when you’re speaking quickly, but Quebecois speakers have a full-on, almost German ‘ts’ in there.

If you’d like to learn more about the French language, head over to the Lingoda website and register for your week trial today!